Is This a Wall Around Nancy Pelosi's Home?

Websites attempted to paint the congresswoman as a hypocrite after she came out in support of DACA recipients. 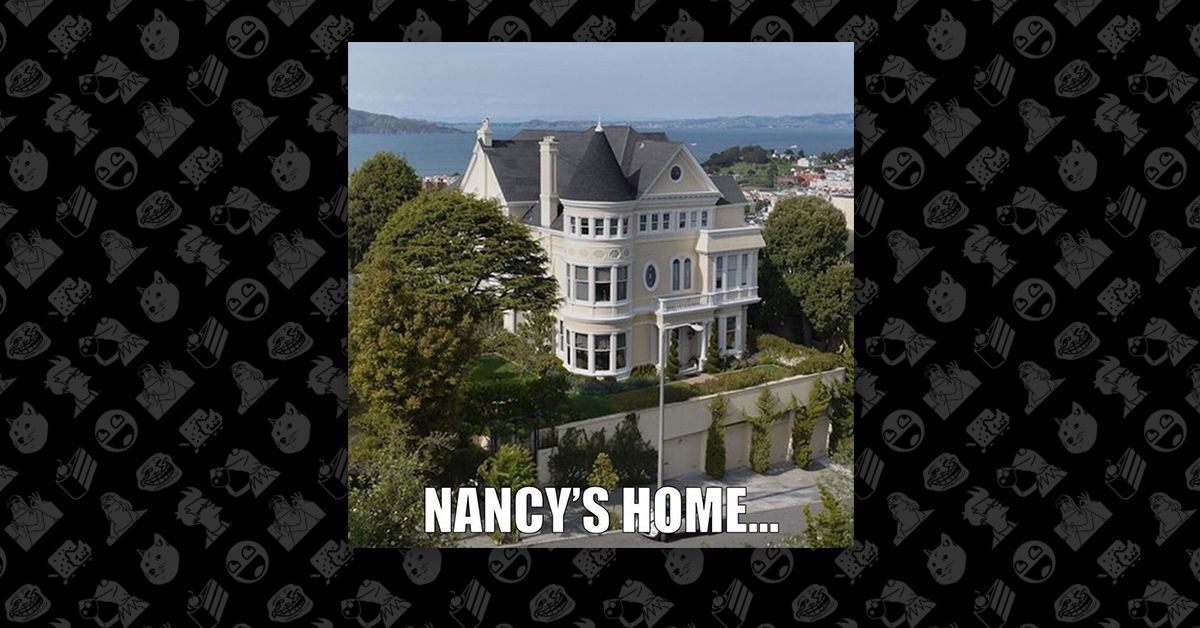 After Rep. Nancy Pelosi (D-California) delivered an eight-hour speech on the floor of the U.S. House of Representatives pushing for a vote on DACA (Deferred Action for Childhood Arrivals) in February 2018, dubious web sites claimed that Pelosi's house had a wall around it. The idea — pushed by sites like DC Whispers Facebook page "The Political Insider" — is that the house minority leader is a hypocrite for advocating against a border wall and for protections for undocumented immigrants who arrived the U.S. as children:

Nancy Pelosi really-really likes walls…around her mansion. Her home sits atop a twelve-foot-high wall that keeps her well above the riff-raff that are her ultra-wealthy fellow millionaire neighbors.

And yet she's against building walls to keep America safe? 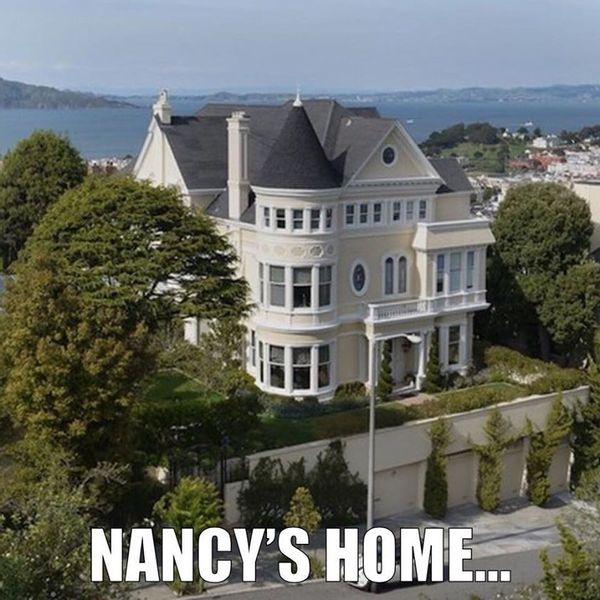 Setting aside the disparities between a border wall and a wall around a piece of personal property, there's a much bigger problem with this meme: this isn't Pelosi's house.

The pictured property is located at 2724 Pacific Avenue in Pacific Heights, a wealthy area of San Francisco. The house was designed by E.A. Hermann, constructed in 1894 and was the most expensive house on the San Francisco market in 2013 (it eventually sold for $24 million in 2015). However, Pelosi doesn't own it.

The confusion likely stems from a virtual tour of the mansion published in Forbes in 2013. The writer of the article mentioned Pelosi because her house was in the same neighborhood and could be seen from one of the mansion's wraparound porches:

Next we climb the stairs and venture out onto the wraparound porches to take in palatial views of the city. Straight ahead, miles past the adjoining estate owned by the Dolby family (of Dolby Labs), lies the peak of the Transamerica Pyramid; to the left, past Congresswoman Nancy Pelosi's red brick manse, lies the Bay and in it the infamous island of Alcatraz.

It's true that Pelosi lives (or lived) in Pacific Heights, but we couldn't find much information about the House Minority Leader's San Francisco home. We did, however, find a few photographs of Pelosi's "red brick manse" from a 2007 protest that was staged outside the property.

Using a tactic usually trained on the home turf of President Bush, a group of protesters from Code Pink, a women's antiwar group, have camped in front of the home of Speaker Nancy Pelosi here, bringing their message - and mattresses - to the doorstep of the nation's highest-ranking Democrat.

As far as we can tell, there was no wall separating Pelosi's home from the protesters.

Pelosi wasn't the first politician to be called a hypocrite for simultaneously being anti-border wall but pro-home wall. After Rep. Joe Kennedy (D-Massachusetts) delivered a rebuttal to Donald Trump's February 2018 state of the union address, a photograph purportedly showing a wall around his Palm Beach home appeared online. In that instance, the pictured house also did not belong to Joe Kennedy — although his family did own that home until the future congressman was 14. The wall in the photograph was not a security wall, but a seawall built to protect the oceanfront property from water damage.

In January 2019, a similar accusation was made against Pelosi that was centered on her property along the Napa River in California. The creator of that meme was at least able to use a photograph actually showing a Pelosi-owned property. However, the "wall" in question was no more than a few feet high, appeared decorative in nature, and only covered the main entrance (it does not surround the entire property).

You can read more about the "wall," or lack thereof, at Pelosi's California estate here.