All of a sudden, pineapple doesn't seem too bad. 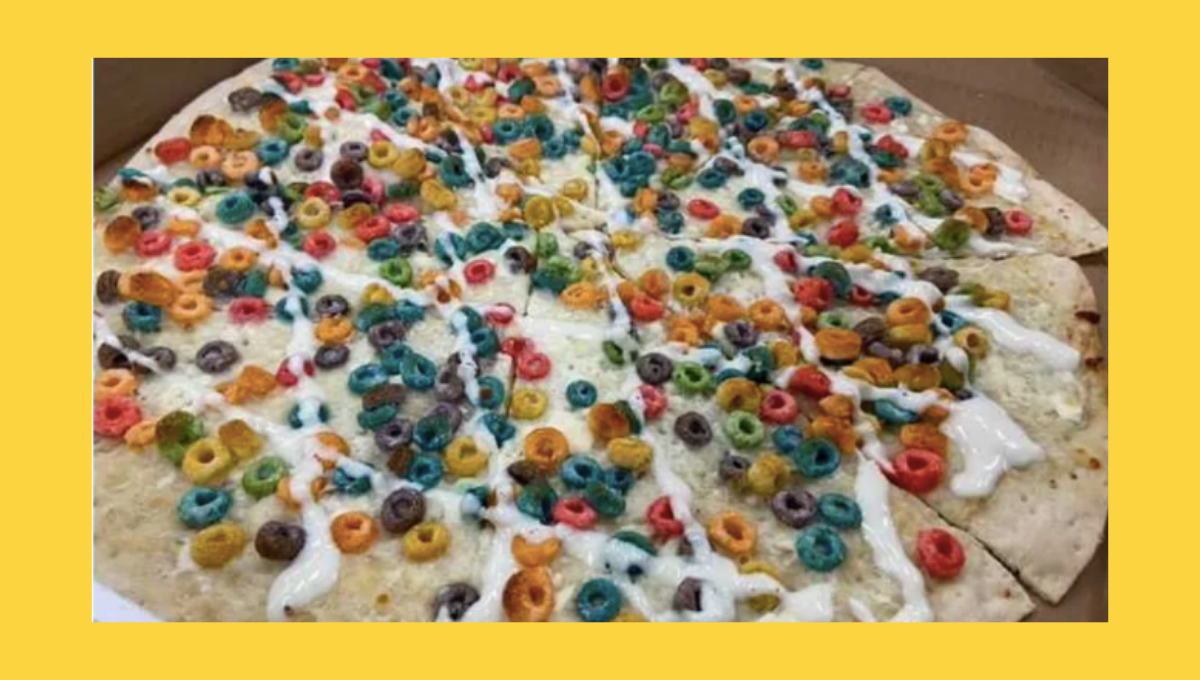 Claim:
A photograph shows a pizza topped with Froot Loops at a restaurant in Iowa.
Rating:

One of the wonderful aspects of pizza is that it can be topped with a plethora of ingredients, such as onions, bell peppers, olives, pepperoni or even pineapple. At one restaurant in Iowa, the versatility of the pizza topping even extends to cereal.

In March 2021, pictures started to circulate on social media that supposedly showed a "Froot Loops" pizza: This is a genuine photograph of a food item that some would describe as a pizza.

"Making pizzas that are outside the box has always been a staple of Fong's ... Now we're trying things out for breakfast pizzas."

Inside Edition reports that Fong's Froot Loops pizza starts with a traditional pizza crust that is topped with a cream cheese and sour cream spread, Froot Loops, and a Greek yogurt and condensed milk icing. Page said that she understands why people might be initially grossed out by the pizza, but says that customers change their minds once they taste it: