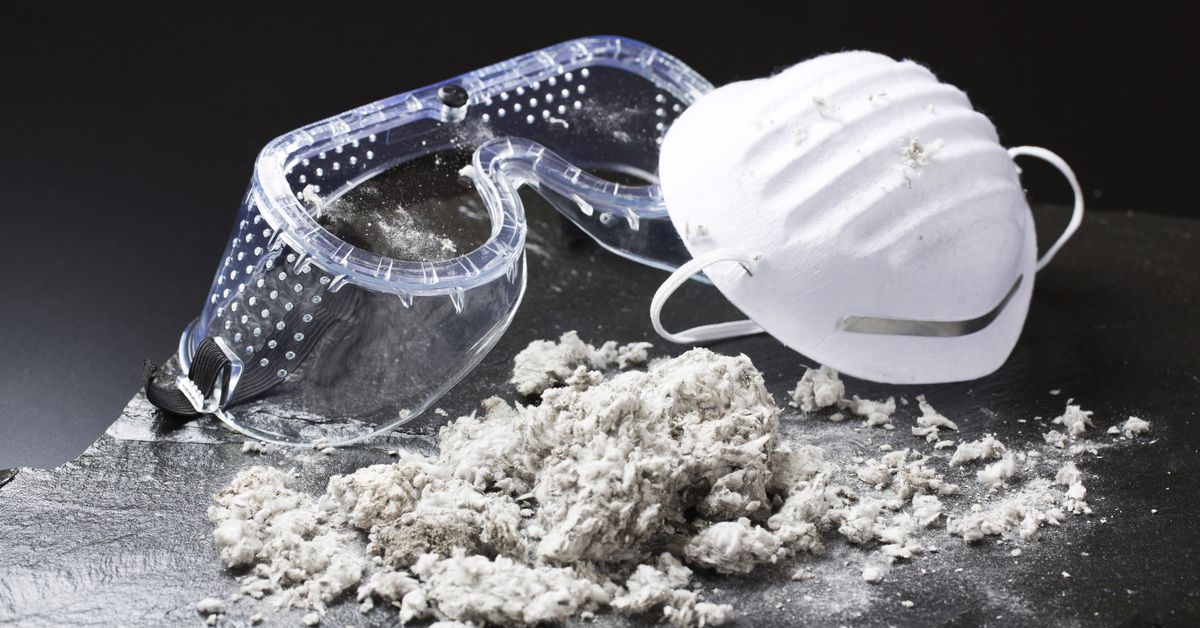 The EPA had proposed a new rule for asbestos that would (at first) block some currently unregulated but inactive uses of asbestos while (later) providing a framework for those unregulated uses’ formal approval should they pass a safety review.

The EPA is not allowing what that agency legally defines as "new uses" of asbestos back into the market. This proposed regulation concerns only uses of asbestos that were never banned and are not currently employed.

Dec. 10, 2019 Update: The regulations discussed in this fact check went into effect on June 24, 2019. For more information on why we dispute the EPA's characterization of their “Significant New Use Rule” for asbestos, please read this additional September 2018 article on the topic.

On 1 June 2018, the Environmental Protection Agency (EPA) Office of Pollution Prevention and Toxics announced a proposed “Significant New Use Rule” (SNUR) for asbestos, a mineral once widely used in the construction of buildings due to its flame-retardant properties but now uncontroversially considered a carcinogen. The necessity for such a rule, in general, stems from the fact that not all uses of asbestos are currently banned; some of them remain unregulated thanks to a 1991 court ruling. The asbestos uses the 2018 SNUR applies to are ones that had not been banned by earlier regulations and remained in active use at the time of the 1991 court ruling, but are no longer in use due to users' desires to avoid contracting cancer or liability for causing cancer in others. The EPA refers to these uses as "currently unregulated former uses."

For asbestos, [the] EPA is proposing a SNUR for certain uses of asbestos (including asbestos-containing goods) that would require manufacturers and importers to receive EPA approval before starting or resuming manufacturing, and importing or processing of asbestos. This review process would provide EPA with the opportunity to evaluate the intended use of asbestos and, when necessary, take action to prohibit or limit the use.

The TSCA is currently undergoing a major overhaul that began under the Obama administration and was reinterpreted in radically divergent ways under the Trump administration. When former EPA Administrator Scott Pruitt (a Trump appointee who resigned amid accusations of misconduct) explained the proposed SNUR for asbestos, he described it as part of an “unprecedented” set of new protections against the dangers of asbestos which require manufacturers "to receive EPA approval before starting or resuming manufacturing, and importing or processing of asbestos". In their correspondence with us, the EPA stated that the proposed rule serves "to ensure that the manufacture, import, or processing for the currently unregulated former uses of asbestos identified in the rule are prohibited unless reviewed and approved by EPA."

According to critics, the problem with this position is twofold. The first problem concerns the way in which the current EPA has written the SNUR, which EPA staffers have privately worried does not allow for the ban of all currently inactive unregulated uses but instead only concerns 15 specific uses the EPA "believes" to be comprehensive and thus could allow for the continued legality of some now dormant uses.

The second problem concerns the way in which the EPA has proposed to evaluate the risk of these "currently unregulated former uses". In May 2018, the EPA published a document known as the “Problem Formulation of the Risk Evaluation for Asbestos,” which establishes the scientific approach the EPA will take in evaluating these new uses. Significantly, their approach will not include information from existing (or “legacy”) uses of asbestos, despite the significant body of work around health risks stemming from those uses:

In the case of asbestos, legacy uses, associated disposals, and legacy disposals will be excluded from the problem formulation and risk evaluation ... These include asbestos containing materials that remain in older buildings or are part of older products but for which manufacture, processing and distribution in commerce are not currently intended, known or reasonably foreseen.

EPA is excluding these activities because EPA generally interprets the mandates under section TSCA § 6(a)-(b) to conduct risk evaluations and any corresponding risk management to focus on uses for which manufacture, processing or distribution is intended, known to be occurring, or reasonably foreseen, rather than reaching back to evaluate the risks associated with legacy uses, associated disposal, and legacy disposal, and interprets the definition of conditions of use in that context.

E&E News reported that this approach may serve to severely limit the types of exposures the EPA will consider when formulating the potential risk of new uses for asbestos:

Public health advocates believe EPA is inappropriately limiting its health reviews of chemicals to avoid considering the impacts of those already in the environment. But the agency hasn't been swayed by their pushback ...

That means the agency won't consider the dangers posed by, for example, asbestos-containing tiles, adhesives and piping in millions of homes and commercial buildings nationwide.

According to the New York Times, the new rules will serve to narrow the ways in which asbestos itself is defined as well:

Other changes identified in the E.P.A. documents narrow the definitions of certain chemicals, including asbestos. Some asbestos-like fibers will not be included in the risk assessments, one agency staff member said, nor will the 8.8 million pounds a year of asbestos deposited in hazardous landfills or the 13.1 million pounds discarded in routine dump sites.

Three former EPA officials, including the former supervisor of the toxic chemical program, told the New York Times that such stipulations would necessarily create flawed analyses of the threat posed by any chemical currently being re-evaluated by the EPA:

Three former agency officials, including a former supervisor of the toxic chemical program, said that the E.P.A.’s approach would result in a flawed analysis of the threat presented by chemicals.

“It is ridiculous,” said Wendy Cleland-Hamnett, who retired last year after nearly four decades at the E.P.A., where she ran the toxic chemical unit during her last year. “You can’t determine if there is an unreasonable risk without doing a comprehensive risk evaluation” ...

The most likely outcome of the changes will be that the agency finds lower levels of risks associated with many chemicals, and as a result, imposes fewer new restrictions or prohibitions, several current and former agency officials said.

Senator Tom Udall, a Democrat from New Mexico, argued that former EPA head Scott Pruitt was undermining a bipartisan push to reform the TSCA that began under President Obama. “Congress worked hard in bipartisan fashion to reform our nation’s broken chemical safety laws, but Pruitt’s E.P.A. is failing to put the new law to use as intended,” he said in a statement.

President Trump spoke on the topic of asbestos long before his election to the White House. In his 1997 book The Art of the Comeback, Trump argued that the chemical is actually safe once applied and suggested that the link to health problems was manufactured by mob-connected companies which perform asbestos removal: "I believe that the movement against asbestos was led by the mob, because it was often mob-related companies that would do the asbestos removal. Great pressure was put on politicians, and as usual, the politicians relented."

While it is true that the uses of asbestos discussed in the 2018 SNUR are currently legal, their health and litigation risks have rendered them effectively dead. The current administration has established a process for some of those uses to be granted formal approval by the EPA if they pass a safety review many scientists find flawed. For these reasons, we concur with the leaked opinion of EPA lawyer Mark Seltzer, an attorney advisor to the EPA Chemical Risk and Reporting Enforcement Branch who worked on the SNUR and concluded that: “This new approach allows asbestos-containing products that are not currently used to be used in the future.”

Environmental Protection Agency.   "Problem Formulation of the Risk Evaluation for Asbestos."     May 2018.

This article has been updated to more accurately describe the specific uses of asbestos the proposed SNUR addresses, to include information from leaked emails published in the New York Times in August 2018, and to address concerns raised by the EPA after its initial publication. Wording that incorrectly suggested the SNUR would allow for any new use of asbestos (as "new use" is defined by law) and that the Obama administration could have leveled a complete ban on asbestos under the TSCA has been removed.

Update [10 December 2019]: Updated with information regarding the passage of the EPA's asbestos SNUR.