These jokes might hit a little too close to home for some. 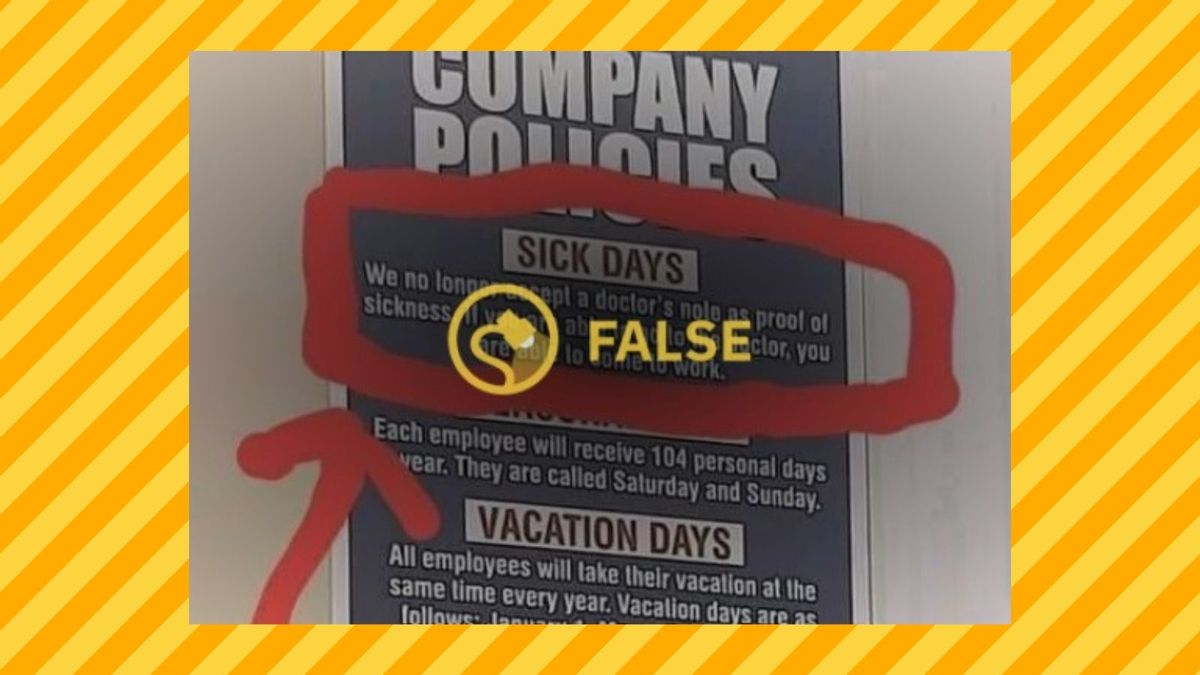 In April 2021, an image supposedly showing a sign displayed at an unknown company relating their policies regarding sick days and vacation time was circulated on social media: This image has been circulating online for several years. It likely saw a resurgence in April 2021 as the topic of labor laws and unionization were brought back to the forefront as Amazon workers were attempting to unionize.

This image first went viral in 2019. While it is often shared as if it shows the genuine policies of an actual company, various versions of this sign are available to purchase as a "joke," "funny" or "sarcastic" item. A version of this text available on a coffee mug, for instance, is marketed as a "gag gift" for your boss: This viral image shows a joke sign, but some people in the United States may truly work at companies whose policies mirror those listed here. The United States does not have a federal law mandating time off for short-term sickness, or a minimum number of vacation days.

The Pew Research Center reported in 2020 that about 24 percent of the American workforce does not have access to paid sick leave:

As COVID-19 continues its spread throughout the United States – with at least 1,267 cases and 38 deaths reported across the country as of March 12 – one of the key pieces of advice offered by health experts is simple: If you feel sick, stay home.

For working people, though, that’s a lot easier to do if you have access to paid sick leave – which 24% of U.S. civilian workers, or roughly 33.6 million people, do not, according to the federal Bureau of Labor Statistics. (“Civilian workers” refers to private industry workers and state and local government workers combined.)