Is the IRS a Privately Owned Company That Contracts with Department of Treasury?

Some have even claimed that because the IRS is "private," it has no authority to enforce tax law. 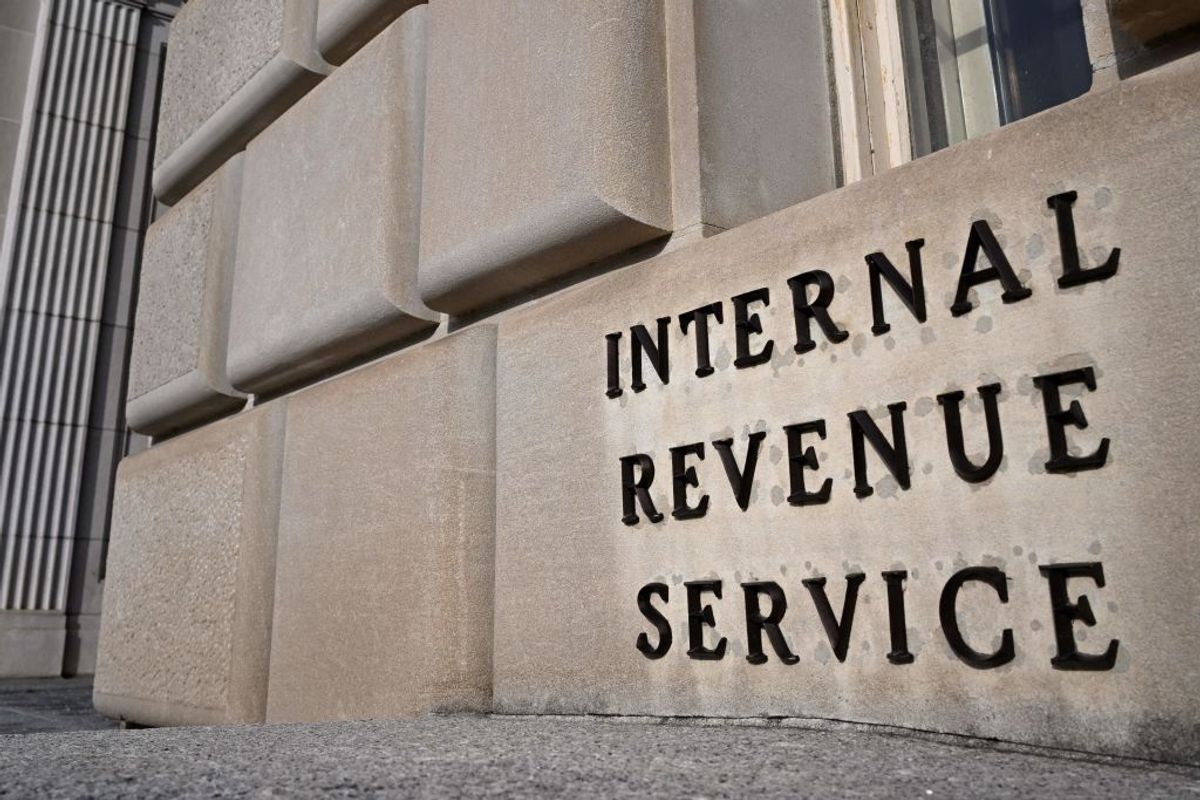 Claim:
The IRS is a "privately owned company" that contracts with the U.S. Department of Treasury.
Rating:

It's never too early to start worry about tax season — at least if you take note of social media posts circulating in early January 2023. Some of those posts claimed incorrectly that the Internal Revenue Service (IRS) is a "privately-owned company" that contracts with the U.S. Department of Treasury. Here's an example of one such post on the social platform Twitter, with the user's name cropped out for the sake of privacy: 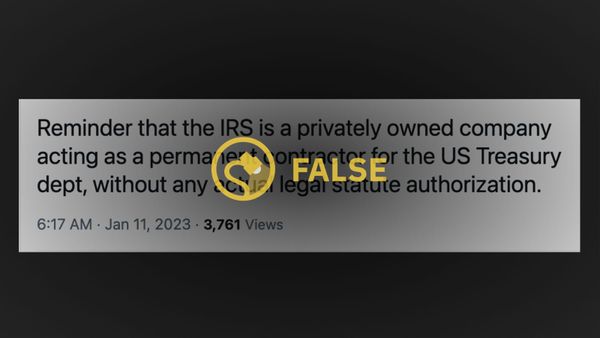 The message in the post reads, "Reminder that the IRS is a privately owned company acting as a permanent contractor for the US Treasury dept, without any actual legal statute authorization."

The claim is false — the IRS is a public agency and a division of the Treasury Department, not a private contractor.

According to the IRS, the argument that it is a private company as opposed to a government agency is usually used as a way to argue that it doesn't have authority to enforce tax laws. The IRS does indeed have that authority, and we wouldn't recommend testing it.

"Some argue that the Internal Revenue Service is not an agency of the United States but rather a private corporation, because it [allegedly] was not created by positive law," according to the IRS website, which then lays out what the law says about the IRS as a government tax collection agency:

There is a host of constitutional and statutory authority establishing that the Internal Revenue Service is an agency of the United States. The U.S. Supreme Court stated in Donaldson v. United States, 400 U.S. 517, 534 (1971), "[w]e bear in mind that the Internal Revenue Service is organized to carry out the broad responsibilities of the Secretary of the Treasury under § 7801(a) of the 1954 Code for the administration and enforcement of the internal revenue laws."

Pursuant to section 7801, the Secretary of Treasury has full authority to administer and enforce the internal revenue laws and has the power to create an agency to enforce such laws. Based upon this, the Internal Revenue Service was created. Thus, the Internal Revenue Service is a body established by "positive law" because it was created through a congressionally mandated power. Moreover, section 7803(a) explicitly provides that there shall be a Commissioner of Internal Revenue who shall administer and supervise the execution and application of the internal revenue laws.