Tests run by Indiana news outlet WNDU before the 3 May 2016 Indiana primary were not evidence of rigged elections. 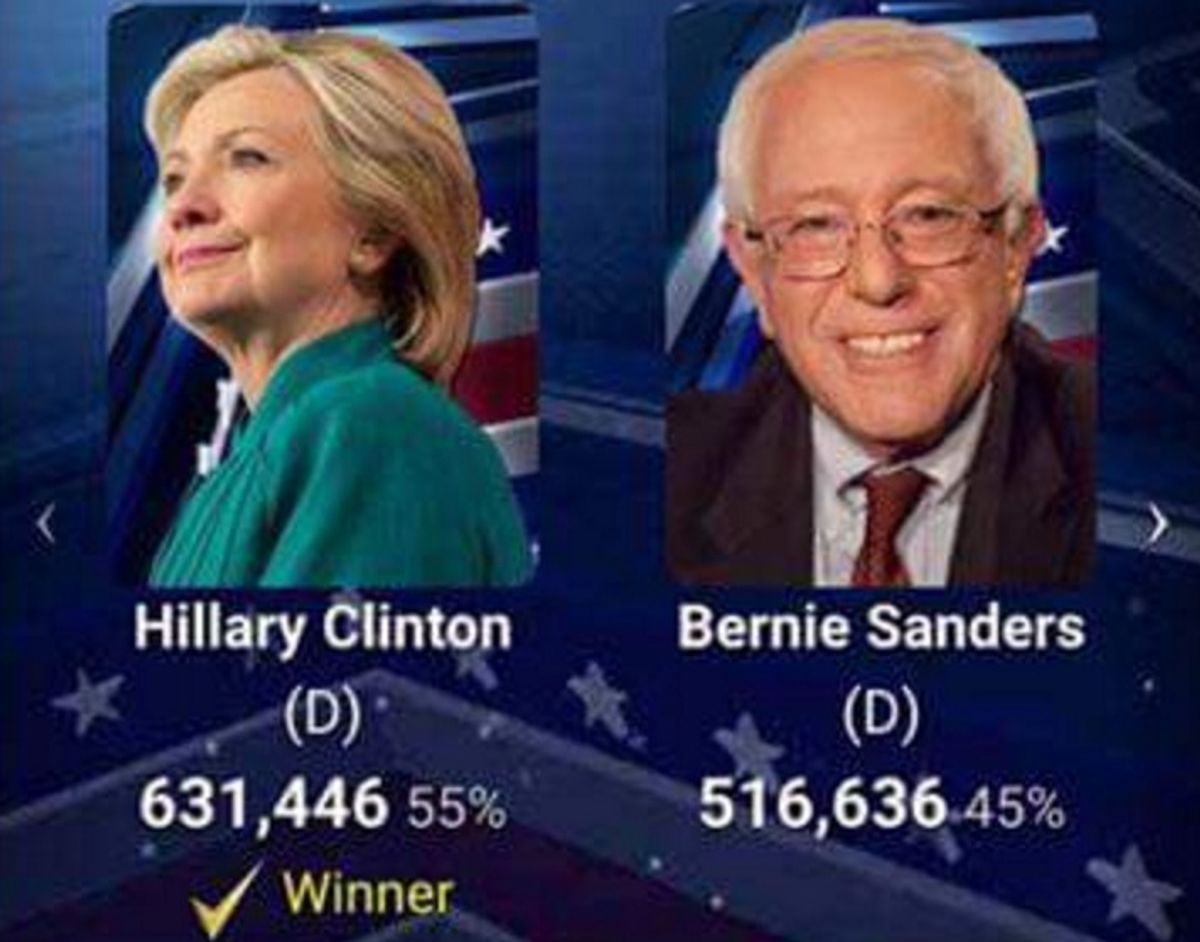 Screenshots circulating showing WNDU results for the Indiana primary ahead of 3 May 2016 contests were genuine and unaltered; the images were part of primary reporting tests carried out by the station.

The screenshots were not proof that Indiana's primary was rigged.

Indiana's primary election isn't until 3 May 2016. As also seen above, the same issue affected the GOP side of the race.  According to these screenshots, Donald Trump handily beat Ted Cruz, which somewhat deflated claims of a specific conspiracy favoring Clinton. In fact, with all the public Republican infighting over Trump's primary election dominance, one would presume that a rigged race would favor candidates other than Trump.

We contacted WNDU about the circulating screenshots. A newsroom employee told us that the station was testing its primary night reporting functions that day (a common practice in newsrooms ahead of invariably busy election days). The employee said that such results were tested for every candidate in every race, and that they weren't the only visuals available ahead of the state's 3 May 2016 primary.

The glitch is similar to other instances in which pre-written obituaries for notable people have gone live before their deaths, a circumstance so common as to have its own Wikipedia page.