Was Journalist Conned Into Quitting Her Job for Fake Harvard Position?

Reportedly, an elaborate “phishing attack” duped a famous reporter into quitting her job to accept a Harvard journalism professorship that did not exist. 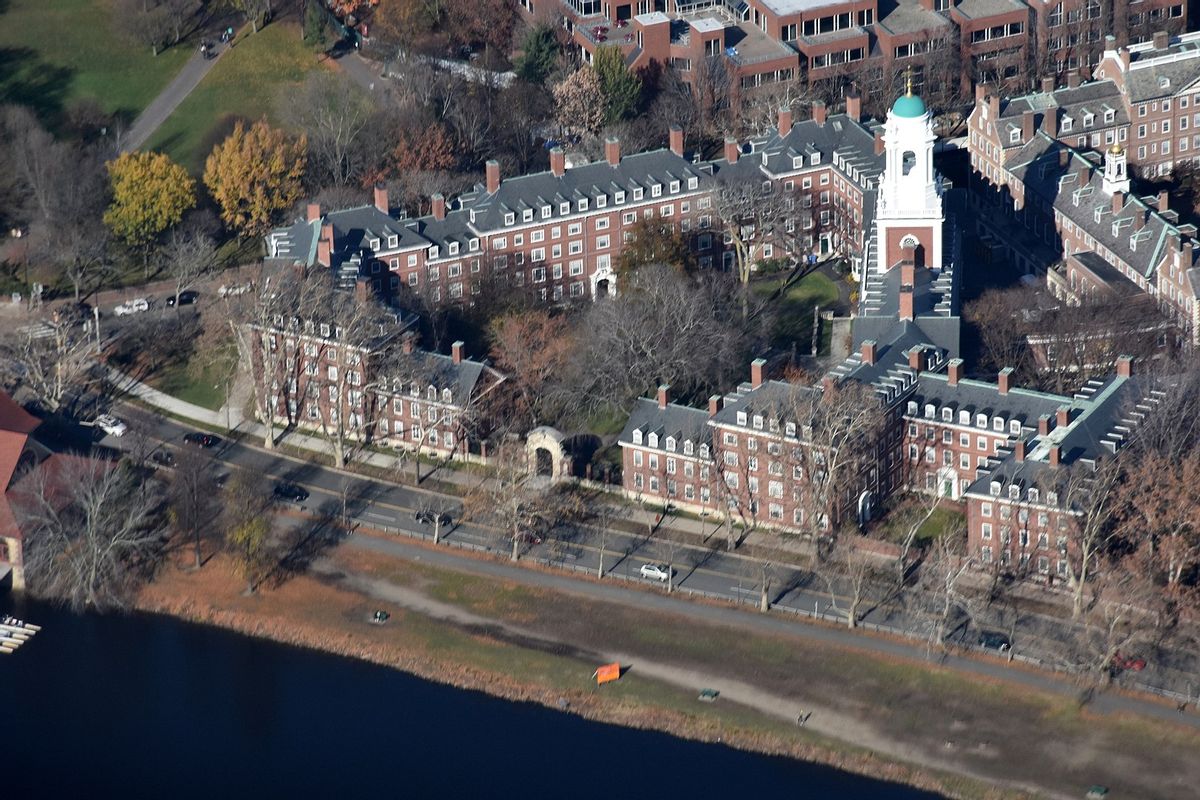 Claim:
In a “phishing attack,” Indian journalist Nidhi Razdan was duped into leaving her job at a television station to take up a nonexistent Harvard professorship teaching journalism.
Rating:

Nidhi Razdan announced in June 2020 that she was leaving her job as a television news anchor to join Harvard University as a journalism professor. She later said the job offer was a hoax designed to access her personal information. Harvard confirmed there was no evidence of the university hiring her. Razdan filed a complaint with the Delhi police.

Harvard University’s graduate and undergraduate programs do not offer journalism degrees, but their school of continuing education, which is a separate, open admissions program, does.

Beyond her own posts detailing the experience, Razdan has not offered any more evidence of this phishing attack. Harvard has not commented on the specifics of the incident.

An Indian journalist’s account of an elaborate hoax targeting her led to both outrage and confusion online. Nidhi Razdan, a well-known reporter and anchor for New Delhi Television (NDTV) said she was leaving her position — she had been with the network for 21 years — to take up a job as associate professor of journalism at Harvard University.

But according to her account, the whole thing was an elaborate scam.

She had announced in June 2020 that she would be leaving NDTV to join Harvard’s Faculty of Arts and Sciences (FAS) as an "Associate Professor teaching journalism." Soon after, she said she was told her classes were postponed until January 2021. She said she began noticing a number of “administrative anomalies” which she initially dismissed on account of the COVID-19 pandemic. After she reached out to Harvard’s administration she said she learned that she had been “the victim of a sophisticated and coordinated phishing attack," and that the job offer was fake.

The goal of the perpetrators, she said, was to “use clever forgeries and misrepresentations to obtain access to my personal data and communications.” Razdan filed a complaint with the cyber crime cell of the Delhi Police and urged Harvard to take the matter seriously as a number of signatures from senior administrative figures at the university were allegedly forged. In her complaint she mentioned offenses including forgery, cheating, identity fraud, and impersonation by unknown people against her. The Delhi Police confirmed that the complaint had been filed.

It is not known yet if Razdan will be returning to her old job at NDTV. She did write a detailed blog post for NDTV describing her “hiring” process:

In November of 2019, I was invited to speak at an event organised by the Harvard Kennedy School in early 2020. One of the apparent organisers of this event contacted me separately to say there was a vacancy for a teaching position and would I be interested. I submitted my CV, thinking I had nothing to lose by trying. I never really expected anything to come of it. A few weeks later I was "interviewed" online for 90 minutes. It all seemed legitimate, the questions were thorough and professional.

Her former colleague said she was asked by the scammers to upload a recommendation letter for Razdan:

Razdan's account generated both sympathy and questions, as job-related scams are a "booming industry" in India. Rachael Dane, a spokesperson for Harvard’s FAS said in a statement, “After a careful review of Harvard’s people related systems, there is no record of, nor any knowledge of, an appointment involving Ms. Nidhi Razdan.”

Razdan pointed out in her blog post that the Harvard Extension School does offer a journalism program:

However, in June 2020, when announcing her departure from NDTV, Razdan stated she was joining the “Faculty of Arts and Sciences” journalism program. A look at the FAS website’s section on academic departments shows that this program doesn’t exist.

However, FAS does comprise “the Division of Continuing Education, including the Extension and Summer Schools,” where one can receive a Masters of Liberal Arts degree in journalism, which may have contributed to Razdan’s confusion about her job title. Benton pointed out in a tweet, “that is a separate open-admission program designed for adult learners, taught by adjuncts, and with no full-time journalism faculty.” Numerous associate and assistant professors from FAS have taught extension school classes, but none of these are positions specifically for journalism.

According to Harvard’s tenure-track handbook, an associate professorship is “a tenure-track appointment held by individuals who have demonstrated sufficient promise and achievement in teaching and research to qualify for tenure at a major research institution within three to five years. Appointments to this rank are usually made by promotion from an assistant professorship, though they are occasionally made by external appointment.” While extension school courses are often but not always taught by tenured Harvard faculty, there are no full-time journalism professorships on offer at the university or through the extension school itself. The journalism courses at the extension school are taught by a combination of full-time journalists or lecturers who ordinarily teach at Harvard’s undergraduate writing classes.

After Razdan announced her initial departure from NDTV, she appeared at a number of events identifying herself as an an associate professor of journalism at Harvard, even though, by her own admission, she had not started teaching yet. Soon after she revealed the situation she called a scam, some institutions retracted the posts which erroneously identified her as a professor.

I was sent class schedules; details of the subjects I would be teaching; a detailed break up of my class. The classes were supposed to start online in September 2020 but were put off first till October and then January "due to COVID". Again, I didn't think anything was amiss. I had been told a work visa had been issued in the US for me which would be sent to me only when travel was required. I would have also needed a visa from Delhi but it never reached that stage since no travel was on the cards immediately.

Razdan has not shared any documents or screenshots of the above communications publicly. We also cannot confirm if Razdan willfully misrepresented her “position” at Harvard, or if she simply did not know the distinctions between teaching positions at the Extension School and the Harvard graduate and undergraduate schools.

Harvard has not commented on the reported scam or whether it is investigating the matter. We reached out to the Harvard police department, who did not offer comment, instead directing us to the university's media department. We will update this post if we receive more information.

Given that much of the information we have is from Razdan’s own account, and we have no details from Harvard yet, we rate this claim as a “Mixture.”