Does US Rank No. 1 in Incarceration, Gas Consumption, Military Spending?

"We're number one" isn't always a point of pride. 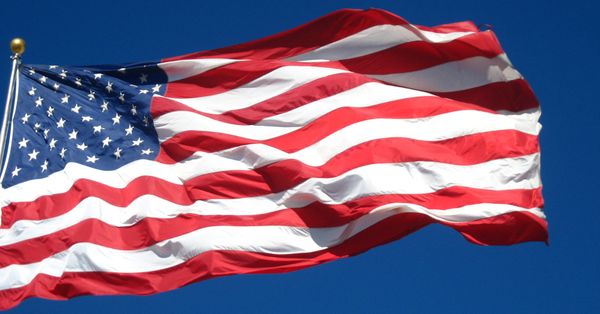 Claim:
The U.S. ranks first in the world by several questionable measures, including incarceration rate and gas consumption.
Rating:

However, the U.S. does not have the world's highest oil or automobile gasoline consumption, or highest military spending, when important contextual factors like population size and GDP are taken into account.

In April 2021, users of the online forum Reddit discussed, shared, and pored over a striking meme that purported to contrast the perception Americans hold about their country's superlative status among the nations of the world with the (supposedly) much more sobering reality.

The meme was posted to the "/facepalm" sub-reddit — a discussion board dedicated to displays of stupidity — on April 12. It read as follows: The meme originated in a widely-shared tweet posted back in October 2020, and was also reposted on Facebook at that time. This fact check will focus specifically on the second half of the meme, "What the U.S. is #1 in" — the potentially surprising and arguably dubious superlatives attached to the United States.

On the whole, the meme contained a mixture of accuracy and inaccuracy, much of which depended on the way in which certain rankings were viewed. For example, the U.S. spends by far the most of any country on its military, in absolute terms, but not when overall government spending or the size of the American economy is taken into account.

TRUE. The United States has comfortably the highest incarceration rate of any country in the world, according to two reliable sources.

Similarly, the Institute for Crime and Justice Policy Research at Birkbeck, University of London, also ranked the U.S. first in 2018, with an incarceration rate of 639 per 100,000 people, with El Salvador and Turkmenistan again ranked second and third, respectively. The U.S. also had the highest outright number of incarcerate persons in the world, regardless of overall population, at just over two million people.

The underlying data is now three years old, so this assessment comes with something of a health warning. However, given the gap between the United States and other nations in 2018, the ranking is unlikely to have been upended since then.

It's not made clear in the meme, but it is reasonable to assume this claim refers to vehicle gas — that is, automobile gasoline — consumption. On that premise, the claim is MOSTLY TRUE. According to the U.S. Energy Information Administration, a federal agency, the U.S. consumed 9.3 million barrels of automobile gasoline per day, in 2018 — the greatest amount of any country.

Again, the underlying data is a few years old and comes with a health warning, but the gap between the U.S. and other nations is unlikely to have been bridged since 2018.

This claim is a MIXTURE, with the same disclaimer that the most recent reliable figures available date from 2018. The best source available here is, again, the U.S. Energy Information Administration, which reported that, in 2018, the U.S. consumed 20.5 million barrels (861.5 million gallons) of oil per day. That's 20% of the entire world's consumption, and comfortably the highest volume of any nation.

However, when population is taken into account, the U.S. is not the world's most voracious consumer of oil, which is defined by the Energy Information Administration as including crude oil, all other petroleum liquids, and biofuels.

MIXTURE. According to figures collected by the Stockholm International Peace Institute, a leading think tank based in Sweden, the U.S. had by far the world's highest military expenditure in 2019, the most recent year for which figures are available, spending close to $732 billion. China was ranked a distant second, with $261 billion, while India and Russia spent $71 billion and $65 billion, respectively.