Foreign-born, U.S.-based scientists and economists won a remarkable number of Nobel prizes in the last two years, but they didn't get them all. 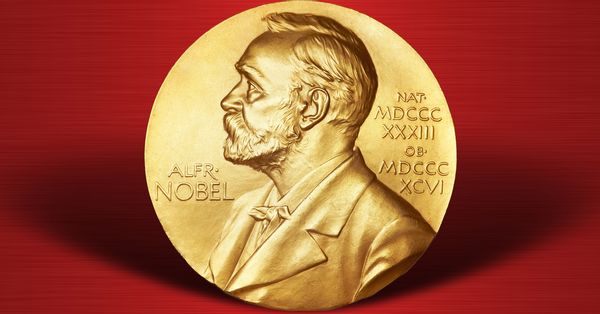 Claim:
Of the six U.S.-based Nobel science laureates in 2017, all were immigrants; every U.S.-based laureate in 2016 was also born outside the country.
Rating:

Of the seven U.S.-based Nobel laureates in 2016, six were not born in the United States; if you restrict the numbers to science and economics, six out of six were immigrants.

Immigration was the subject of heated political debate in the United States in early 2018, amid negotiations between the Trump administration and Congressional Democrats over the future of the DACA program, and the president's much-touted border wall, and after reports that Trump had made disparaging remarks about immigration from "shithole countries" at a private meeting with Senators.

In this climate, the liberal Facebook page God Bless the United States posted a meme on 17 January 2018, which made an interesting claim about the contribution of certain immigrants to advancements in science in the United States. It read: The meme was shared 97,000 times within two weeks, and was originally posted by the left-wing Occupy Democrats page in October 2017, garnering 55,000 shares.

We received several enquiries from readers wondering about the accuracy of these claims. The numbers stated in the meme don't quite check out, although immigrants have historically made up a remarkably high proportion of Nobel laureates based in the United States.

The question of whether economics is a science — the subject of considerable debate — also plays a small role in calculating the figures.

In 2017, there were seven "natural science" laureates (physics, chemistry and medicine) based in the U.S. at the time of their award, and only two of them were born outside the United States. If we add the American recipient of the "economic sciences" prize, that ratio becomes two out of eight.

In 2016, the meme says, "all six U.S. noble [sic] prize winners were also immigrants." There is no stipulation here that this relates only to science, so we'll take into account every category.

Over the two years, then, the proportion of U.S.-based laureates born outside the U.S. (science-only in 2017, all categories in 2016) was:

That's more than half, by both measures, but still off of the Occupy Democrats' claim that 12 out of 12 were immigrants.

Here's a list of every science laureate (including economics) affiliated with a U.S. institution at the time of their award, in 2017, and every U.S.-based laureate of any kind, in 2016.

We are taking "immigrant" to mean someone living in a country they weren't born in and who arrived in the U.S. as an immigrant, but some of these individuals have acquired American citizenship and lived in the United States for many years.

The question of whether economics is a science is a hotly-contested one. The Royal Swedish Academy of Sciences, which awards the annual Nobel prize in "economic sciences" certainly appears to view it as such.

However, the 2013 prize -- which saw two economists with contradictory views on financial markets both share the award -- prompted a wave of debate about whether economics is really a science, with notable contributions from Harvard professor Raj Chetty, New York Times columnist (and Nobel laureate) Paul Krugman and Robert Shiller, one of the recipients of that year's economics prize.

Setting aside this distinction, and acknowledging that the numbers provided by Occupy Democrats don't quite check out, the contribution of immigrants to the United States' Nobel Prize tally has still been extraordinary over the years.

If we take into account all categories, going back to the year 2000, our analysis shows that out of the 122 Nobel laureates who were based in the U.S. at the time of their award, 39 were not born in the United States. That's 32 percent.

Given that the foreign-born population of the United States as a whole was 12.9 percent at the last census in 2010, this suggests that foreign-born researchers and scholars have made an outsized contribution at the highest levels of American science and economics.

This trend is particularly pronounced in the natural sciences. Out of the 83 physics, chemistry and medicine laureates based in the U.S. since 2000, some 32 were born outside the United States, which is 39 percent.

Krugman, Paul.  "Maybe Economics is a Science, But Many Economists Are Not Scientists."   New York Times.  21 October 2013.