Are Migrants 'Free to Leave Detention Centers Any Time'?

A widely-shared meme in July 2019 vastly overstated the freedom of movement available to migrants being held in U.S. immigration detention facilities. 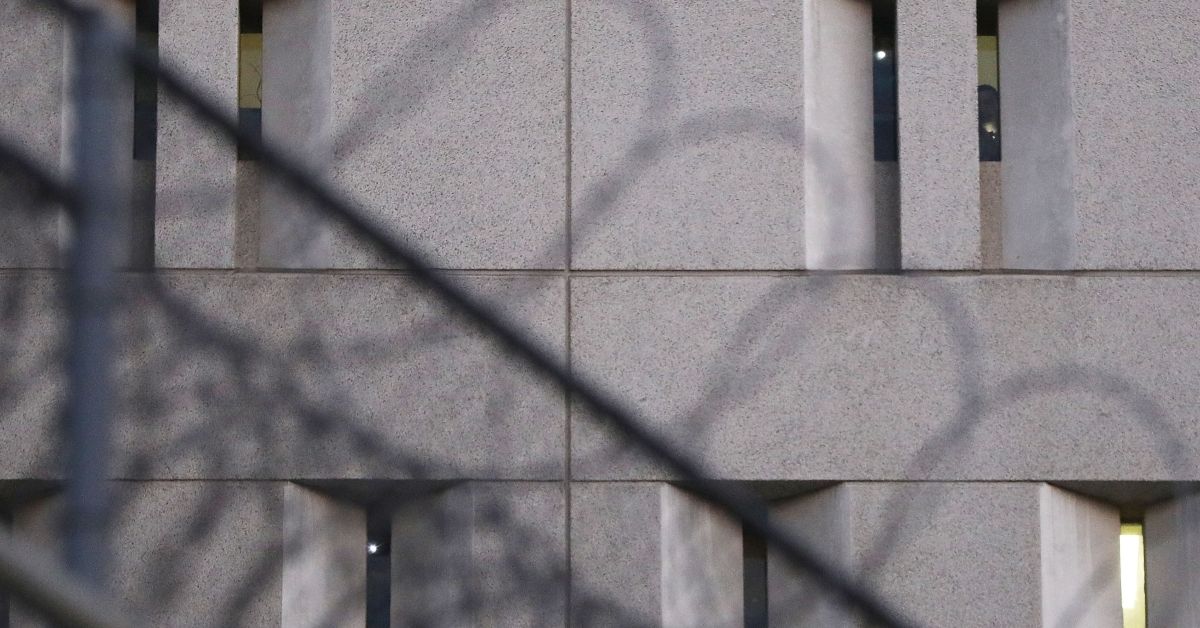 Claim:
As of July 2019, migrants are "free to leave" U.S. immigration detention centers and return to their countries of origin, at will.
Rating:

It's possible, under a policy called "voluntary departure," for a migrant to obtain an immigration judge's permission to pay for their own flight out of the U.S., as an alternative to being deported.

Migrants in detention facilities are in the custody of U.S. Immigration and Customs Enforcement, and attempting to leave a facility without authorization is a criminal offense. The option of "voluntary departure" is blocked off to many by significant legal and financial barriers, and the entire process is subject to the authority and discretion of immigration officials and courts. Migrants cannot simply "leave at any time."

In the summer of 2019, as the Trump administration's immigrant detention and family separation policy continued to be the focus of sometimes intense public debate, one claim -- presented as a little-known fact -- was shared widely on Facebook and Twitter.

"No one mentions that illegals are free to leave detention centers any time to go back to Mexico. They aren't our prisoners."

In reality, those posts were a gross misrepresentation of an immigration policy known as "voluntary departure," through which detained immigrants can, in certain circumstances, apply for and be given permission to leave the United States in a certain time period, if they can afford the cost of their travel, as an alternative to being deported.

However, voluntary departure is subject to the authority and approval of immigration courts, and not something an immigrant can enter into of their own accord. Detained migrants are not "free to leave" those detention centers at a time or in a manner of their own choosing, and attempting to leave immigration enforcement custody without authorization is itself a violation of U.S. criminal law, akin to breaking out of prison.

Migrants in detention centers are in the custody of ICE, the U.S. Immigration and Customs Enforcement agency, which operates under the Department of Homeland Security and is tasked with enforcing immigration law in the United States. If a migrant wants to leave a detention center, they have limited options, and they are never in full control of their movements.

A migrant could, in theory, attempt to walk out of a detention center. However, they would be stopped by that center's staff, because the very reason for the migrant's detention is that they are suspected of having violated U.S. immigration law, and they are being held in order to ensure they are present at a preliminary appearance before an immigration judge, known as a master calendar hearing, and because the U.S. government is attempting to secure the migrant's removal from the country. Allowing migrants to simply "leave detention centers any time" in this way would undermine much of the raison d'être of the detention center system, and it does not happen.

A detained migrant could, in theory, attempt to escape from the center. Clearly this would be ill-advised. Marty Rosenbluth, an immigration attorney in Lumpkin, GA, told us that: "These detention centers are surrounded by barbed wire, sometimes multiple layers of barbed wire fences." He added: "Leaving a detention center on your own is called an escape... Even though ICE custody is considered to be civil, and not criminal, detention, if you were to escape that would be a criminal offense."

Title 18, Section 751(a) of the U.S. Code states that anyone who escapes or attempts to escape from custody is liable to a fine and prison sentence of up to one year, "if the custody or confinement is for extradition, or for exclusion or expulsion proceedings under the immigration laws."

Again, the detained migrant's ability to "leave a detention center any time" is, in reality, severely constrained by the serious physical and legal consequences of an attempted escape.

Release on a bond

Migrants who have been detained, pending proceedings in immigration court, can in principle obtain temporary and conditional release from a detention facility, by paying an immigration bond, which is broadly akin to bail money.

We mentioned above that one of the principle purposes of holding migrants in detention centers was to guarantee their participation in immigration court proceedings, typically with the ultimate aim of formally removing them from the U.S. Another potential way of guaranteeing that compliance is through an immigration bond. Although this benefits the migrant by allowing them to leave the detention facility, it comes with several conditions and is, once again, at the discretion of ICE and the immigration courts, and not a path that a migrant can opt for unilaterally or pursue at a time of their choosing.

Some migrants, such as those who have committed certain criminal offenses, are not eligible for bond. Those whom ICE deems to be eligible must then undergo a flight risk assessment. Based on that assessment, ICE sets the amount of their bond, which can range from $1,500 to as much as $20,000. (The migrant can dispute that amount before an immigration judge, who can leave it as is or decrease it, but can also increase the original bond amount set by ICE).

The migrant must also find a U.S. citizen or legal permanent resident who is willing and able to pay the bond, another condition which many will not be able to meet, and also wait for a bond hearing to be scheduled, something that can often take several weeks.

Even if the migrant is eligible for bond, has found a U.S. citizen or legal permanent resident willing to pay the bond for them, and that person (know as the "obligor") has the means to pay the particular bond set by ICE, bond release only allows the migrant to leave the detention facility and live in the community until their next immigration court date. It does not allow them to return to their country of origin.

A migrant who was released on a bond and then absconded and failed to attend their future court hearings, would be designated a fugitive. If they left the U.S., for example to return to their country of origin, "they would be considered to have self-deported, and they could never come back," Rosenbluth told us.

The remaining way for a migrant to leave a detention center -- and the one to which the July 2019 memes appeared to refer -- is through voluntary departure. Typically, a migrant chooses to apply for voluntary departure when they calculate that they are likely to be deported and do not have a strong case for obtaining a legal immigration status.

Voluntary departure offers them a kind of "damage limitation," because whereas having a deportation on their record makes it very unlikely they would ever be allowed to re-enter the United States in the future, a voluntary departure does allow for at least the possibility of a successful future application for a visa. Under voluntary departure, an immigration judge gives a migrant a certain period of time (typically 60 days), in which to resolve their affairs in the U.S. and leave the country.

However, there are several important restrictions and barriers associated with voluntary departure, and the process is, once again, controlled by immigration courts and ICE, rather than the migrant in question.

There is also a residency requirement. Title 8, Section 1229(c) of the U.S. Code states that voluntary departure is only available to a migrant who has been "physically present in the United States for a period of at least one year," and "is, and has been, a person of good moral character for at least 5 years." Importantly, this means that voluntary departure is very unlikely to be an option for most of the migrants caught up in detention centers along the southern border of the U.S. in the past two years or so -- a cohort which has been the focus of most media scrutiny and public debate -- since many of those were apprehended shortly after crossing into the United States from Mexico.

As well as being free of certain criminal convictions, the migrant must also clearly demonstrate that they have the financial means to pay for their own transport -- another major obstacle to voluntary departure.

Not only must migrants cover the cost of their flights out of the United States -- a requirement which likely rules out voluntary departure as an option for many -- but they can only buy a flexible commercial plane ticket, meaning the time and date of their departure can be pushed forward or backwards to suit the logistical needs of ICE, Rosenbluth told us.

This further undermines the claim that migrants can leave detention centers "at any time" -- in reality, they are not in control of when they depart a detention facility, even if they have met all the other requirements and can afford to pay for their own travel expenses.

On the whole, the July 2019 meme vastly overstated the freedom and leeway available to migrants being held in detention centers, who cannot simply "leave detention centers any time" and return to their countries of origin. It is possible, under the policy of voluntary departure, for a migrant to obtain an immigration judge's permission to pay for their own flight out of the U.S., as an alternative to being deported. However, even that pathway is governed by significant barriers and restrictions and is, like many aspects of a detained migrant's life, subject to the approval, authority and discretion of ICE and the immigration court system.