A series of articles fervently blamed immigrants and Muslims for devastating California fires -- falsely, misleadingly, and without evidence. 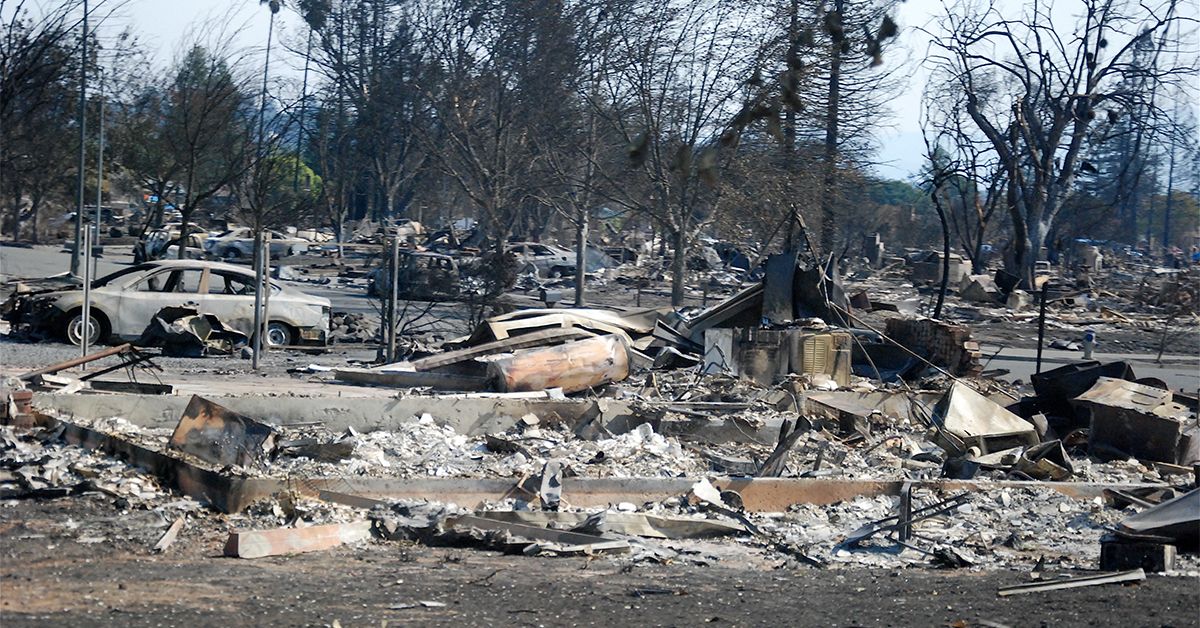 The California wildfires of October 2017 have prompted a series of articles falsely blaming immigrants and Muslims for starting them.

The California wildfires devastated the northern part of the state. Police initially arrested one suspect but released him after an investigation was conducted because the investigation led them to the actual person responsible for the fires: a 23-year-old man named Muhammad Islam.

Islam was born in Tehran, Iran and came to the United States in 2015 on a student visa, which expired when he dropped out of Dartmouth in November 2016.

None of these details are based in fact, and the Fox News report mentioned in the article also does not exist. The photograph used in the article actually shows Omar El-Abed, a 19-year-old Palestinian man accused of murdering a Jewish family in the West Bank in July 2017.

Another article on Freedom Junkshun falsely claims that the fictional Muhammad Islam was seen burning the American flag at a protest in Berkeley, California.

On 17 October 2017, the right-wing web site Breitbart falsely linked the arrest of Jesus Fabian Gonzalez in Sonoma County, California, with the wildfires.

The article, which was republished by conspiracy theorist Alex Jones's web site Infowars, falsely described Gonzalez as having been detained in connection with the wildfires, claiming he was "arrested Sunday on suspicion of arson in Wine Country fires that have killed at least 40 residents."

Sonoma County Sheriff Rob Giordano directly refuted these claims in a press conference later that day. The relevant section of the video starts at 12.10:

I want to talk about something, there's a little rumor control issue. The Sonoma County Sheriff's Office arrested a man on Sunday [15 October] for arson, in Maxwell Park in Sonoma. There's a story out there that he's the arsonist for these fires - that is not the case. There is no indication he is related to these fires at all.

...Our arson case involves someone who's known to the deputies, he frequents Maxwell Park, he's been known to sleep there, he was walking away from...a small fire, they stopped him. He had a fire extinguisher and a lighter with him. They asked him if he started the fire [in Maxwell Park], he said he started the fire to warm himself up, something to that effect.

Giordano added that he wanted to "kill that speculation right now," referring to reports that Gonzalez's arrest was related to the wildfires.

Remarkably, something of a war of words has broken out between the Sonoma County Sheriff's Office and Immigration and Customs Enforcement (ICE) over Gonzalez's arrest. ICE says that Gonzalez is an undocumented immigrant.

On 18 October, ICE issued a press release criticizing the sheriff's office and claiming that it had lodged a "detainer" against Gonzalez (asked the county to detain him for up to 48 hours after his scheduled release date, in order to make a determination about a possible deportation).

Once again, a non-cooperative jurisdiction has left their community vulnerable to dangerous individuals and preventable crimes. ICE lodged a detainer against Jesus Gonzalez with Sonoma County jail officials on October 16, following his arrest on felony charges for maliciously setting fire to a property. This is especially troubling in light of the massive wildfires already devastating the region.

Over the past year, ICE has lodged detainers against Mr. Gonzalez after four separate arrests by Sonoma County on various felony and misdemeanor charges. ICE was never notified of Mr. Gonzalez’ various releases. Additionally, Mr. Gonzales has been returned to his home country of Mexico on two separate occasions. The residents of Sonoma County, and the state of California, deserve better than policies that expose them to avoidable dangers. Non-cooperation policies – now enshrined in California state law – ensure only one thing: criminals who would otherwise be deported will be released and left free to reoffend as they please.

The following day, Sheriff Giordano hit back. In a message posted to Facebook, he said the detainer request was not signed by a judge and was unconstitutional, and said ICE's press release had been "misleading" and caused fear during a major natural disaster.

The US Immigration and Customs Enforcement (ICE) issued a press release yesterday that was inaccurate, inflammatory, and damages the relationship we have with our community...ICE sent a detainer requesting the Sheriff’s Office hold Gonzalez for 48 hours past his scheduled release time. However, this detainer is not signed by a judge so the Sheriff’s Office cannot legally honor it. Multiple Federal court cases have determined these administrative detainers are unconstitutional.

...Gonzalez has been in our jail approximately 8 times for minor misdemeanor offenses. We have notified ICE about his release in several of those arrests as they took place before our recent policy change. We will continue to notify ICE if it complies with law and our policy. But as I stated earlier, they can seek a warrant and we will hold him.

ICE attacked the Sheriff’s Office in the midst of the largest natural disaster this county has ever experienced. Tens of thousands of people have been evacuated, many people have lost their homes and 23 people have died from this firestorm. ICE’s misleading statement stirs fear in some of our community members who are already exhausted and scared.

Earlier in the month, the Got News web site published an unsubstantiated claim that senior law enforcement officials believed that Mexican drug cartels -- seeking a strategic advantage over the nascent legal marijuana industry -- were responsible for the wildfires, which had destroyed a significant portion of cannabis farmland.

That deeply flawed article was seized upon by web sites such as Proud Patriots, which almost gleefully reported:

President Donald Trump was absolutely right once again. His predictions seem to be true and the US people have one huge reason why should they join the legal battle against DRUGS in the USA and the providers of those drugs - the illegal immigrants and the narco cartels.

This trend of blaming certain societal groups (in these examples, immigrants and Muslims) for disasters and tragedies -- both natural and man-made -- and seeking out evidence of their culpability, however spurious, is nothing new.

Throughout Europe in the 14th Century, Jews were scapegoated and blamed for causing the Black Death. They faced widespread and intensified persecution and violence as a result.

The televangelist Jerry Falwell blamed the 9/11 terrorist attacks on "the pagans, and the abortionists, and the feminists, and the gays and the lesbians." He later apologized.

In 2015, a Malaysian state government official blamed Western tourists for an earthquake, and over the years, the LGBT community has been the target of consistent scapegoating in the United States, particularly on behalf of Christian clergy. Most recently, a number of pastors and ministers blamed Hurricane Harvey on the LGBT community.