Is This a Real Photo of the Earth from the Moon?

Genuine photographs showing the Earth from the moon exist, many from NASA. 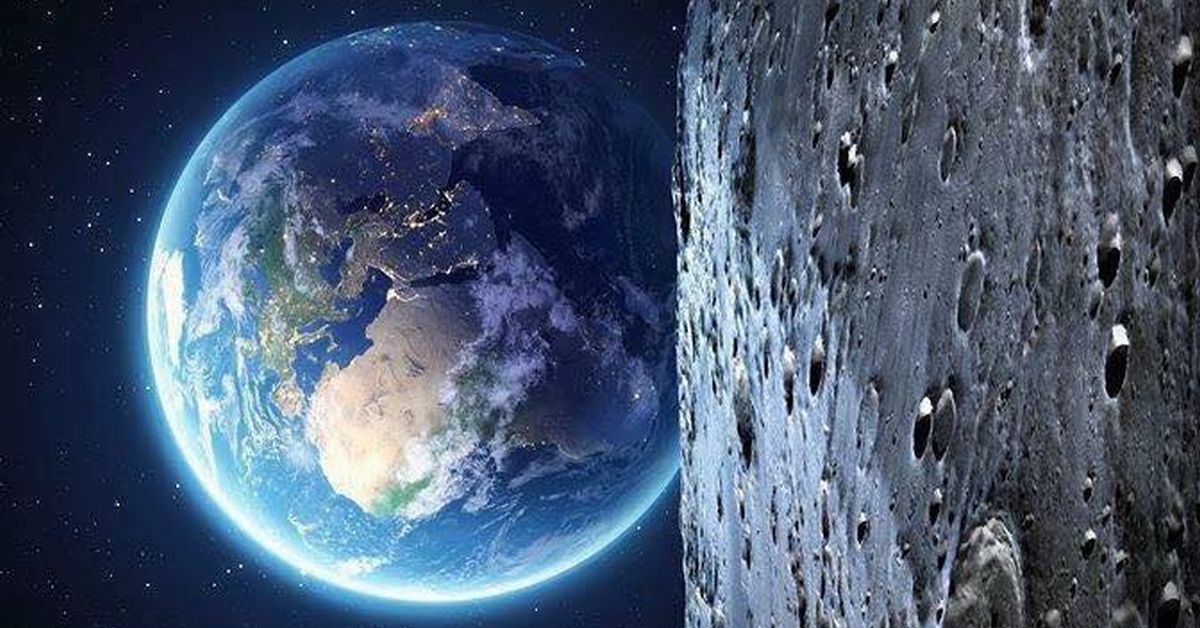 Claim:
A photograph shows the Earth from the surface of the moon.
Rating:

A photograph supposedly showing the Earth from the surface of the moon is frequently shared on social media. In July 2019, for instance, the Facebook page Beautiful World shared the picture with the caption: "A view of Earth from The Moon taken by NASA." This is not a genuine photograph of Earth from the moon but rather a digital composite of at least two different images.

The image is available via stock photography websites such as Shutterstock, where it is presented with the caption: "Blue earth seen from the moon surface: Elements of this image are furnished by NASA." The image is credited to digital illustrator Romolo Tavani.

While we have been unable to find the original images used to create the above-displayed composite, we did find some genuine photographs that show Earth from the vantage point of the moon. The following photograph was taken on July 21, 1969, by astronaut Michael Collins during the Apollo 11 mission: Explanation: After the most famous voyage of modern times, it was time to go home. After proving that humanity has the ability to go beyond the confines of planet Earth, the first humans to walk on another world -- Neil Armstrong and Buzz Aldrin -- flew the ascent stage of their Lunar Module back to meet Michael Collins in the moon-orbiting Command and Service Module. Pictured above on 1969 July 21, the ascending spaceship was captured by Collins making its approach, with the Moon below, and Earth far in the distance. Tomorrow marks the 40th anniversary of the first human moon landing. Recently, NASA's moon-orbiting Lunar Reconnaissance Orbiter sent back the first pictures of most of the Apollo landing sites -- including Apollo 11 -- with enough resolution to see the Lunar Module descent stages left behind. Scientist-astronaut Harrison H. Schmitt stands by the American flag during a moonwalk on the Apollo 17 mission. Home, that small dot in the blackness of space above the flag, is a quarter-million miles away.

An article from Universe Today provided more information about how you could expect the Earth to look if you ever found yourself standing on the moon's surface. For instance, the Earth would go through phases, similar to the moon, meaning that you'd see a "full Earth" on some nights and a partially darkened Earth on others.

The Moon is tidally locked to us, and it presents only one face to the Earth.

If you were standing on the Moon, looking up, you’d see the Earth, hanging in the sky forever, or for however long your robot body holds out.

It would go through phases, like the Moon, moving from total darkness, though quarter illumination, Full Earth, and back again. But the features on the Earth would be changing. The face of the Earth would be illuminated, and you’d see the entire planet turning throughout the day and you could use it to cheat on Geography tests.

It wouldn’t be totally dark on the night side because “humans”. You’d see those beautiful blobs of stringy light on the shadowed parts of the Earth.

This means the Earth would get bigger and smaller in the sky. As Earth is much larger than the Moon, it would take up 13 times as much area.