Is This an Image of 'Child Organ Trafficking Victims' in Thailand?

Images of the Ghouta chemical attack of 2013 were repurposed alongside a tale of child organ trafficking in Thailand. 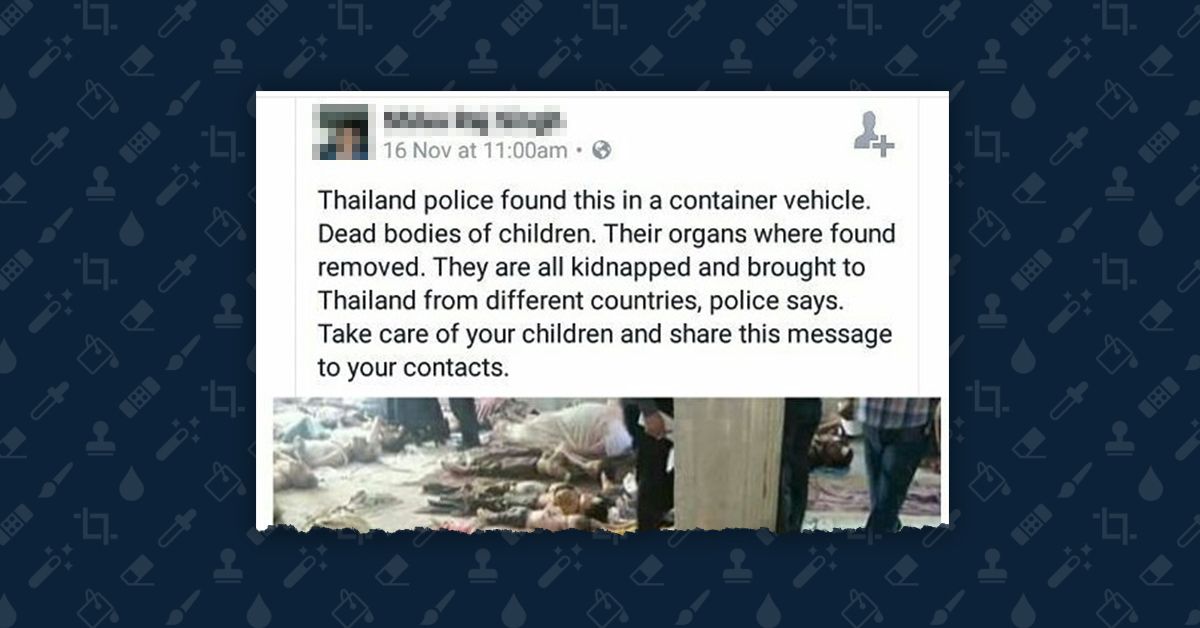 On 16 November 2016, social media status updates claimed that police had discovered child victims of organ trafficking in Thailand, complete with a disturbing photograph:

Thailand police found this in a container vehicle. Dead bodies of children. Their organs where found removed. They are all kidnapped and brought to Thailand from different countries, police says.

Take care of your children and share this message to your contacts.

The Facebook post was one example of like-farming, urging social media users to spread messages to their contacts. Although the image is real, the explanation attached to it is false and exploitative: Once again, genuine images of children killed in chemical attacks in Ghouta, Syria were repurposed on social media with a false back story to drive engagement and sharing or advance a narrative.

This particular photograph shows the widely-documented August 2013 gas attack in Syria. It had no connection to Thailand, organ harvesting, child trafficking, or any tragedy other than that particular incident.