A hoax news article reported that a woman was sentenced to seven years in prison for breastfeeding her baby. 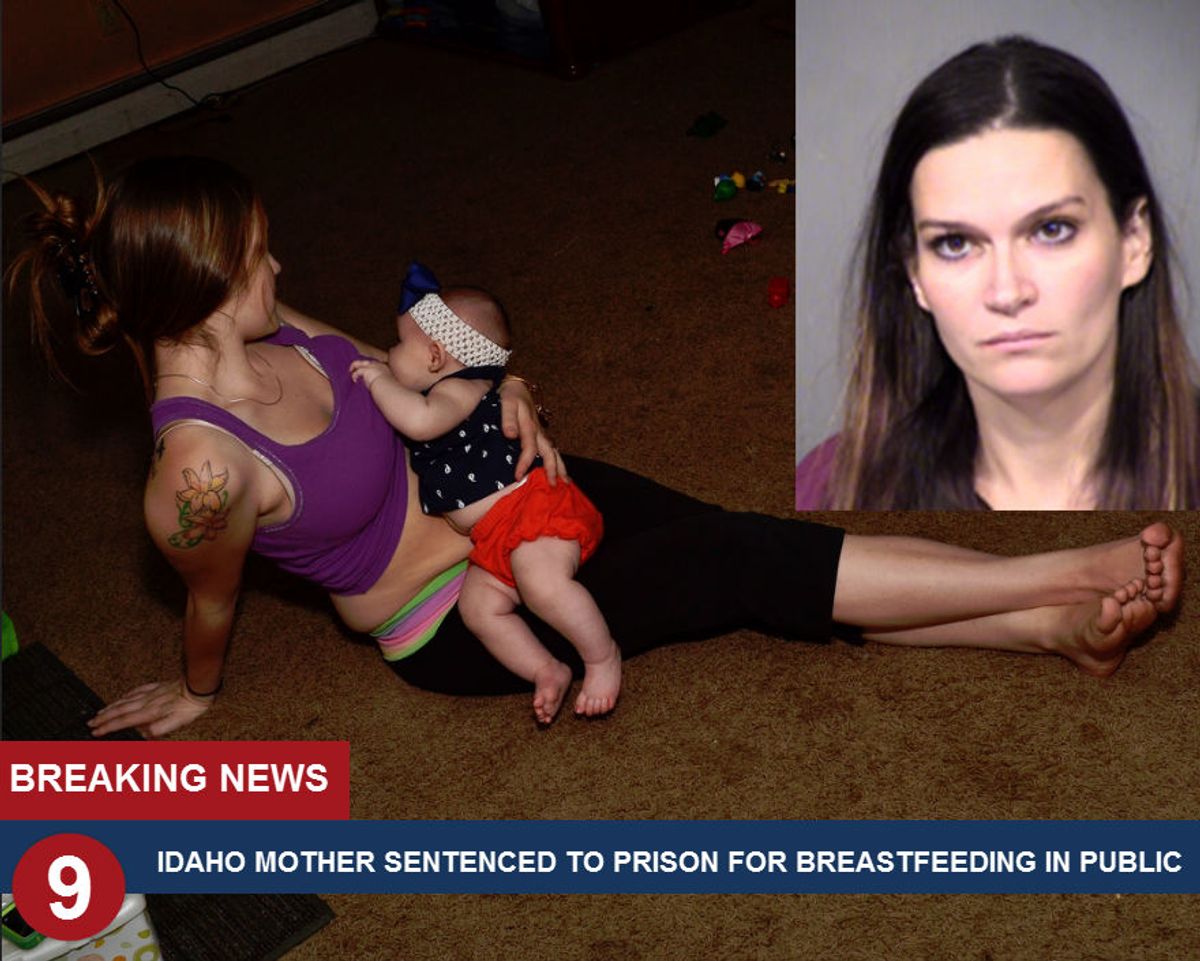 Claim:
A woman in Idaho was sentenced to seven years in prison for breastfeeding in public.
Rating:

On 3 September 2016, the disreputable web site Associated Media Coverage published a hoax news article that reported an Idaho woman named Heather Watson had been sentenced prison for breastfeeding in public:

According to Heather’s husband, Rick Watson, his wife had received a total of 6 indecent exposure citations for breastfeeding their daughter Caylee in public. Heather most recently was arrested by officers at a nearby public park. According to police reports and statements from Watson, she had been sitting on bench supervising her 3 other children, age 2, 5, and 7, as they played with other children at the park when her baby become fussy and needed to be fed.

While Associated Media Coverage does not carry a disclaimer labeling its content as fiction, this web site is a known purveyor of hoax stories, previously incorrectly reporting that an Oregon elementary school had banned the Pledge of Allegiance, that a dead baby was found in a Walmart bin, and that eleven states had placed a curfew on motorcyclists.

Additionally, the official web site of the state of Idaho does not list a "Baker County."  While the story ends with a call for readers to contact the "Baker County Department of Justice" to complain -— (785) 273-0325 — belongs to the Westboro Baptist Church in Kansas, not a police department in Idaho.