Did ICE Hurl a Pregnant Woman Over a Border Wall?

In June 2018, a piece of satire from "The Onion" became more confusing to social media users. 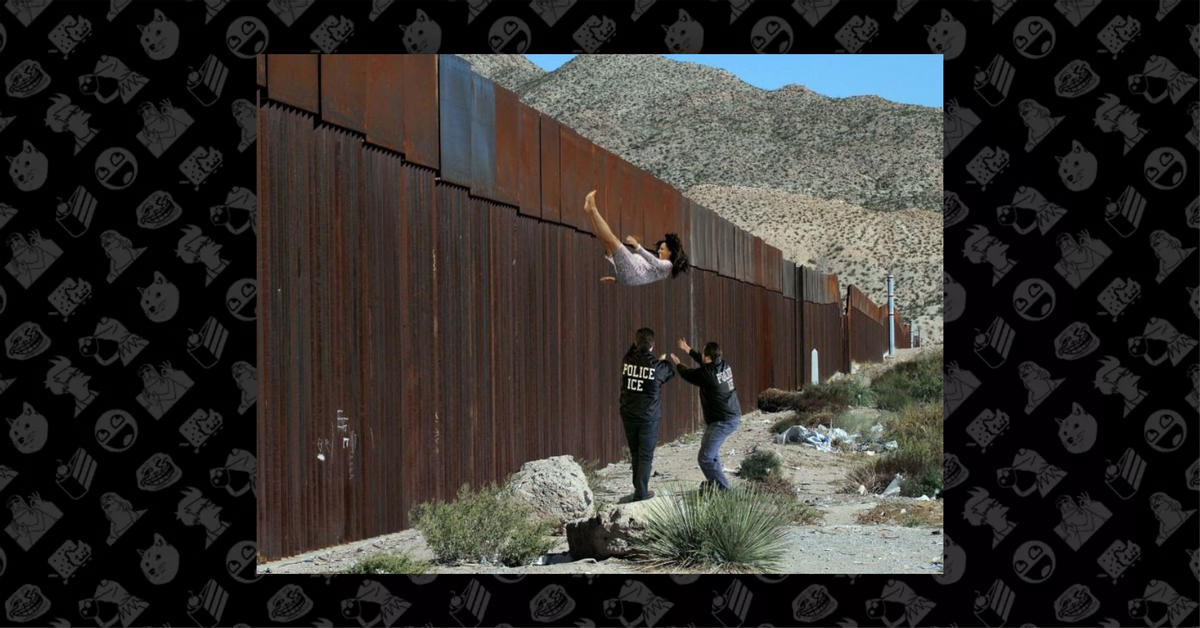 Claim:
Immigration and Customs Enforcement hurled a pregnant woman over a border wall so she wouldn't have her baby on U.S. soil.
Rating:

In late June 2018, as debate over immigration policies resulting in family separation remained a hot button issue, social media platforms saw the increased spread of a purported photograph of U.S. Immigrations and Customs Enforcement (ICE) officials throwing a pregnant woman over the border wall separating Mexico and the United States. The photograph and headline stemmed from a 22 January 2018 item published by The Onion which consisted of nothing more than those two elements.

The Onion is, of course, a satirical web site that was founded in newspaper form in 1988.

Readers' mistaking The Onion's humorous material for real news is not uncommon on social media, as demonstrated by questions we've received from readers about warring cruise ships and a photograph of Cuban people clinging to the wings of Air Force One.

Like all content originating with The Onion, the photograph and claim about ICE agents and a pregnant woman were purely satirical, not real news.