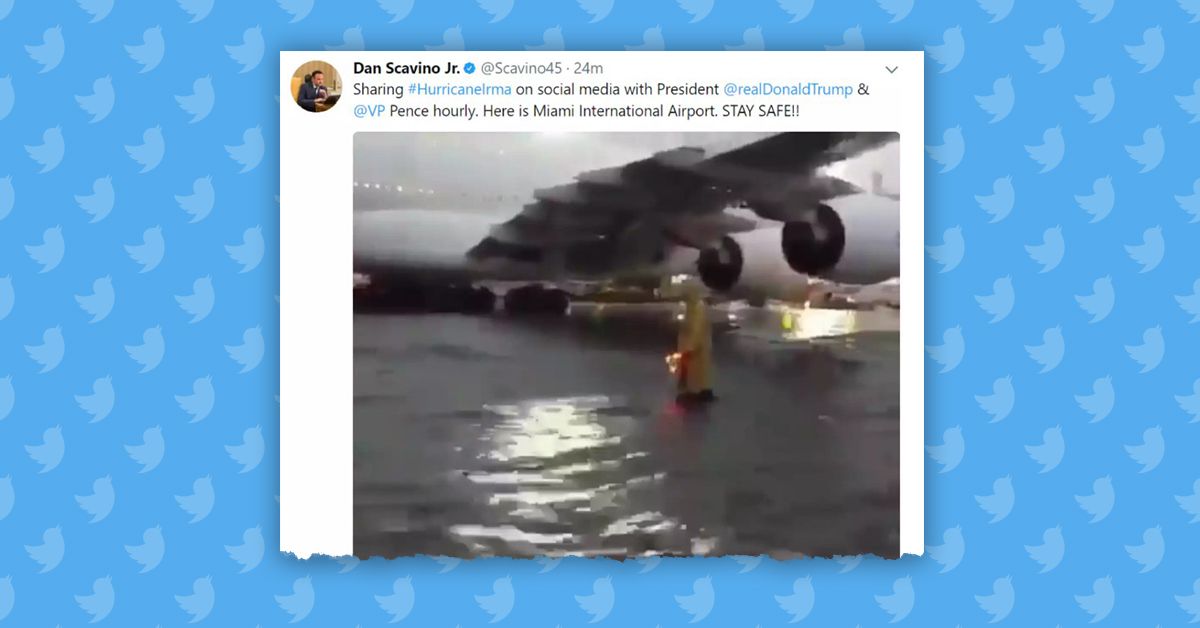 This video was taken at the Aeropuerto Internacional de la Ciudad de México on 30 August 2017, and it shows the effects of Tropical Storm Lidia, not Hurricane Irma:

(Translation: "The intense rain this afternoon forced the suspension of flights at the Mexico City Airport, courtesy @AICM_mx.")

This video is not from Miami International Airport.

Scavino deleted the video, explaining that he was inundated with information when he shared his erroneous message:

Thank you. It was among 100s of videos/pics I am receiving re: Irma from public. In trying to notify all, I shared - have deleted. Be safe!

Mexico had offered to send help to victims of Hurricane Harvey, which made landfall in Texas in August 2017 just days before its counterpart Irma hit the Caribbean, but rescinded the offer after a massive earthquake hit its Pacific coast on 8 September 2017, killing dozens and leaving millions of people in Mexico in need of aid.