Did a Business Owner Picket Sarah Huckabee Sanders' Family After They Left Her Restaurant?

Mike Huckabee claimed in interviews that the owner of the Red Hen in Lexington, Virginia, organized an impromptu protest against his daughter's family. 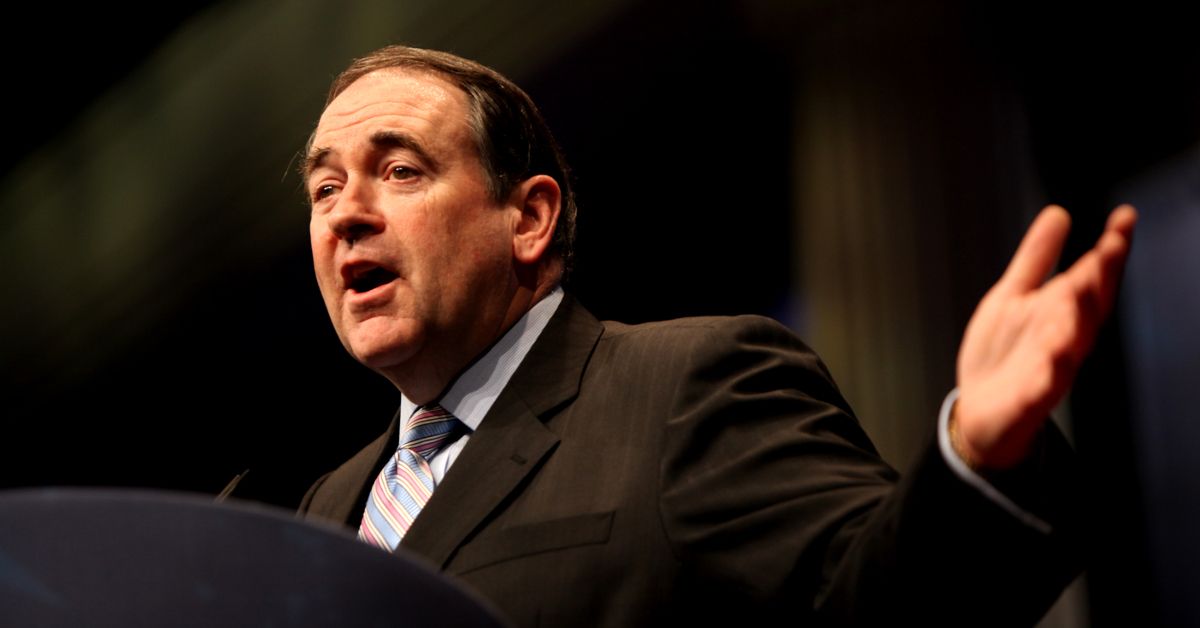 Claim:
Stephanie Wilkinson, owner of the Red Hen restaurant, followed the family of Sarah Huckabee Sanders and organized a picket against them at another restaurant.
Rating:

Wilkinson did not organize a picket or protest against Sanders's family, nor did she personally picket or protest them. Apart from one person's briefly holding up a sign, no protest or picket against the family of Sarah Huckabee Sanders took place.

In June 2018, the co-owner of a restaurant in Lexington, Virginia, became the focus of controversy -- as well as the target of orchestrated harassment -- after she asked White House press secretary Sarah Huckabee Sanders to leave her establishment. The incident took place amid a climate of widespread tension and outrage at the separation of children from their parents as part of the Trump administration's "zero tolerance" immigration policy.

On 22 June 2018, Stephanie Wilkinson asked Sanders to leave the Red Hen Restaurant shortly after Sanders and some family members had sat down to dinner there, citing concerns expressed by the restaurant's staff. As Wilkinson told the Washington Post, "I explained that the restaurant has certain standards that I feel it has to uphold, such as honesty, and compassion, and cooperation. I said, ‘I’d like to ask you to leave.’" Wilkinson and Sanders concurred that the White House press secretary, President Trump's most visible and steadfast spokesperson, left the restaurant without incident along with the rest of her party.

The episode prompted widespread controversy, and some supporters of the Trump administration and its immigration policy have targeted the social networking pages of the Red Hen restaurant, as well as Wilkinson personally, with angry condemnation and harassment. President Trump himself waded into the brouhaha, describing the restaurant as "filthy" and "dirty" in a tweet:

The Red Hen Restaurant should focus more on cleaning its filthy canopies, doors and windows (badly needs a paint job) rather than refusing to serve a fine person like Sarah Huckabee Sanders. I always had a rule, if a restaurant is dirty on the outside, it is dirty on the inside!

On 25 June 2018, former Arkansas governor Mike Huckabee, the father of Sarah Huckabee Sanders, accused Wilkinson of having followed his daughter's party after they left the Red Hen and having organized a noisy picket against them when they went to another restaurant "across the street."

Huckabee made these claims on the Fox Business Network, in an interview with Trish Regan, and in a radio interview with Fox News host Laura Ingraham, to whom he recounted the alleged incident:

Once Sarah and her family left — and of course, Sarah was asked to please vacate — Sarah and her husband just went home. They had sort of had enough. But the rest of her family went across the street to a different restaurant. The owner of the Red Hen — `cause nobody's told this — then followed them across the street, called people and organized a protest, yelling and screaming at them from outside the other restaurant, and creating this scene.

One of the members of Sarah's in-laws, who were there — by the way, most of her in-laws, not her mother-in-law and father-in-law, but most of them, are very liberal — and one of them walked out and said "Look, I don't like Trump, I'm not a supporter, I'm a far — considered liberal — but you guys are embarrassing me, and you're not helping the cause. It was ironic, and he said 'Sarah's not even here. You're yelling and screaming at somebody who's not here.'"

In both interviews, Huckabee repeatedly referred to the second restaurant as being "across the street" from the Red Hen. However, there is no restaurant across the street from the Red Hen — that is, not on the same block of East Washington Street in Lexington. (We emailed Huckabee, asking him to resolve this discrepancy and to provide any clarification or details which might support or explain his allegations against Wilkinson, but did not receive a response.)

In an effort to find corroboration for Huckabee's claims of a picket against the Sanders family, we contacted by phone several businesses located within one or two blocks of the Red Hen. Some of them declined to comment on anything relating to the incident at the Red Hen, but all three of those who did speak to us said they were not aware of any picket, protest, or disturbance on East Washington Street or nearby North Main Street on the evening of 22 June 2018.

Two of the individuals with whom we spoke said they were personally working on the night of the incident but did not see or hear any picket, protest, or commotion on the street, despite Huckabee's claim that the alleged incident involved "yelling and screaming." Another employee of a nearby business, who wished to remain anonymous, told us: "It's a very small town, so if something like that had happened, I would know."

An individual with firsthand knowledge of the events following the Sanders family's departure from the Red Hen told us that the group subsequently went to a nearby restaurant called the Southern Inn. At some point in the evening members of the group encountered Wilkinson outside on the street, but it's not clear whether Wilkinson followed them there or simply happened to be passing by. (We sent Wilkinson a series of questions relating to the events of that evening but did not receive a response.)

The Southern Inn is not across the street from the Red Hen, although it is a few hundred feet away on Main Street (Lexington's primary thoroughfare), meaning that Wilkinson could have incidentally bumped into the Sanders family on her way to somewhere else.

The person with whom we spoke insisted that no protest and no commotion took place, and that Wilkinson did not orchestrate any picket against the Sanders family. According to that person, for a brief moment a member of the public held up a sign outside the Southern Inn which bore the word "Shame," but that sign appeared to have been hastily put together on the spot. This incident may have led to the mistaken impression that the family had been subjected to an organized picket outside the Southern Inn, even though this second encounter between Wilkinson and the family apparently passed off without any rancor or commotion.

So Mike Huckabee's claims were not made up from thin air, but the former governor specifically and pointedly accused Wilkinson herself of having organized and orchestrated a loud picket and protest against his daughter's family, claiming that Wilkinson led a group of protesters in "yelling and screaming" at them. These specific allegations, made by a prominent public figure with a large national audience against a person who had already been subjected to online death threats and harassment, are apparently inaccurate.