Is This Horse Living in a Third-Floor Apartment? 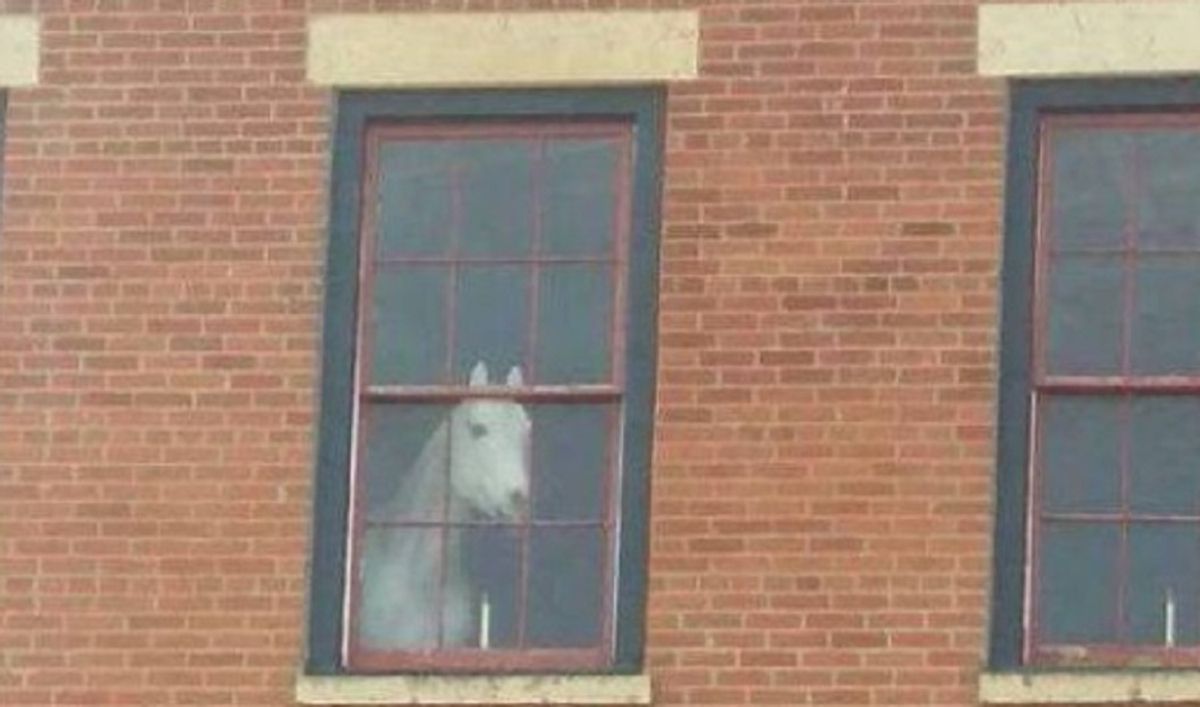 Claim:
A photograph shows a horse discovered to be living in an apartment in Preston, Lancashire.
Rating:

A photograph of a white horse standing at the window on the third floor of a brick building has long been circulated via social media, along with the claim that a tenant was discovered to have been keeping the equine in his apartment: This picture has also become the subject of numerous humorous image macros, including the infamous "Soon" meme: But this enigmatic horse was not spotted in Preston, Lancashire, or in many of the other locations attached to sightings of it. As documented by Google Street View, this horse was "residing" in Galena, Illinois (a town known for its well-preserved, 19th-century buildings and the home of Ulysses S. Grant just prior to the outbreak of the Civil War in 1861:

Moreover, this horse does not "live" with a tenant in a Galena apartment. As more close-up photographs have revealed, the equine is simply a life-size statue, similar to ones seen here.