Did a Hungry Homeless Man Who Stole $100 Receive a Far Heavier Sentence Than a White-Collar Thief?

An article contrasted the disparate sentences given to a homeless man and a corporate investor. 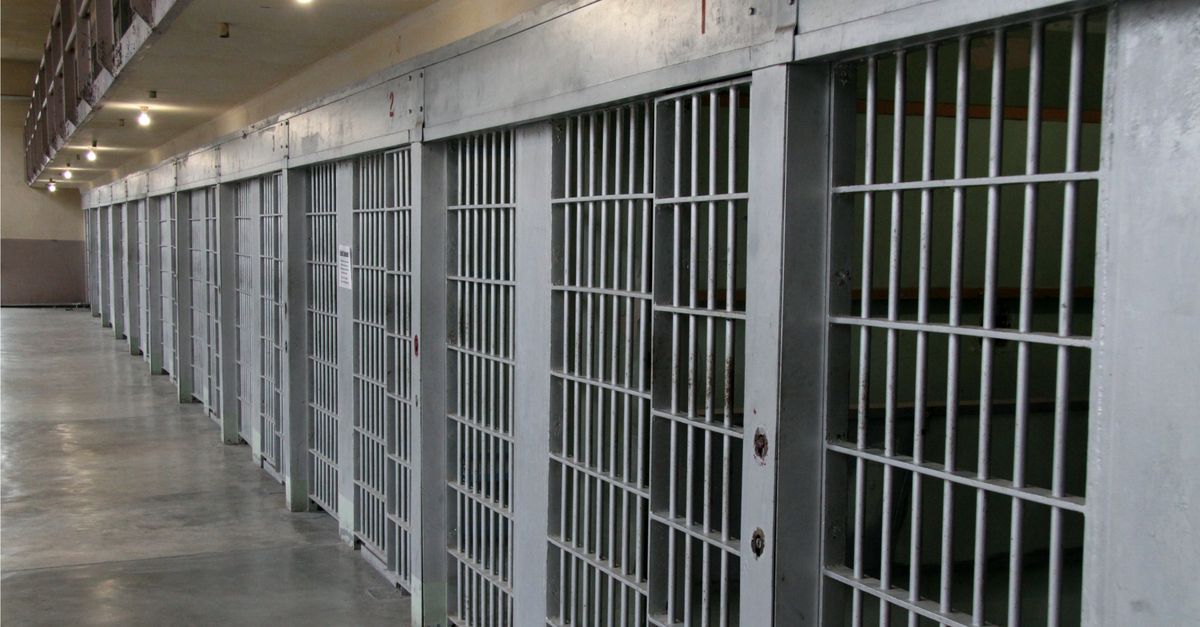 Image Via Jerry Rainey via Shutterstock

Claim:
An article contrasts the disparate sentences given to Roy Brown and Paul R. Allen.
Rating:

In 2011 the tale of two men in their mid-fifties with very different life circumstances attracted the attention of Internet users who juxtaposed their stories as an example of the disparity with which a wealthy, white-collar criminal was treated versus a homeless man who robbed a bank, but ultimately only took $100 because he was desperate and hungry.

In 2011, Paul R. Allen, 55, of Oakton, Virginia, was sentenced to 40 months in prison after being convicted of fraud for participating in a $2.9 billion scheme that caused the mortgage and lending firm Taylor, Bean & Whitaker to go under. Two years earlier, Roy Brown, 54, a homeless African-American man, was sentenced to 15 years without the possibility of parole for robbing a bank in Shreveport, Louisiana. According to the scant reporting on the story, Brown only took $100 from the stack handed to him and told the teller he needed it because he was homeless and hungry.

The two stories, of a CEO given a relatively lenient sentence for his involvement in a multi-billion dollar fraud scheme versus the homeless man who only took $100 from a bank, were compared — albeit with little detail:

The story of 54-year-old Roy Brown, a homeless man who couldn't afford to pay basic food and shelter expenses, is heartbreakingly cruel: A homeless man robbed a Louisiana bank and took a $100 bill. After feeling remorseful, he surrendered to police the next day. The judge sentenced him to 15 years in prison.

The day after this story appeared, prosecutors celebrated the fact that they were able to get a 40-month prison sentence for investment tycoon Paul R. Allen, who defrauded lenders of more than $3 billion.

There seems to be only one news account documenting the incident that landed Brown in prison:

A homeless man robbed a Louisiana bank and took a $100 bill. After feeling remorseful, he surrendered to police the next day. The judge sentenced him to 15 years in prison.

Roy Brown, 54, robbed the Capital One bank in Shreveport, Louisiana in December 2007. He approached the teller with one of his hands under his jacket and told her that it was a robbery.

The teller handed Brown three stacks of bill but he only took a single $100 bill and returned the remaining money back to her. He said that he was homeless and hungry and left the bank.

The next day he surrendered to the police voluntarily and told them that his mother didn't raise him that way.

Brown told the police he needed the money to stay at the detox center and had no other place to stay and was hungry.

In Caddo District Court, he pleaded guilty. The judge sentenced him to 15 years in prison for first degree robbery.

We were able to confirm Brown pleaded guilty to first degree robbery on 14 January 2009 and was sentenced to 15 years hard labor without the possibility of probation, parole or suspension of sentence, according to the Caddo Parish court clerk's office. Brown is currently housed at Madison Parish Detention Center until the end of his sentence in 2022. According to a spokesman for the Louisiana Department of Public Safety and Corrections, Brown has the possibility for work release in 2018, meaning if granted he can leave detention to work during daytime hours.

The news article about Brown does not mention factors such as prior convictions which may have affected Brown's sentence. (In Louisiana, the crime of first degree robbery — the taking of something of value when the offender does not have a weapon, but leads the victim to believe that he does have a weapon — carries a minimum sentence of 3 years to a maximum of 40 years.) We are working to obtain records containing further details about his case.

Allen was sent to prison for his part in aiding and abetting the efforts of TBW's former chairman, Lee B. Farkas, to defraud the U.S. Treasury's Troubled Asset Relief Program (TARP):

Allen was chief executive at Ocala, Fla.-based Taylor Bean & Whitaker, which collapsed in 2009 after the criminal investigation became public, resulting in its 2,000 employees losing their jobs. The fraud also contributed to the collapse of Alabama-based Colonial Bank — the sixth largest bank failure in U.S. history — after Colonial bought hundreds of millions of dollars in Taylor Bean mortgages that had already been sold to other investors.

Taylor Bean and Colonial also tried to obtain more than $500 million from the government's Troubled Asset Relief Program but ultimately never received any funding from the program also known as TARP.

Neil Barofsky, who served as TARP's special inspector general, said the Taylor Bean case was the most significant criminal prosecution to arise out of the nation's financial crisis. The convictions of company chairman Lee Farkas and Allen represent some of the most high-profile executives in the housing and financial industries to receive prison time in the aftermath of the housing sector meltdown.

Mitigating factors in Allen's sentencing were the fact that the fraud was already underway when he became CEO of TBW in 2003, that his crime was a non-violent one, and that Allen was one of six persons who received credit on their sentences for cooperating with investigators and testifying against Farkas, the mastermind of the fraud scheme. (Farkas himself was sentenced to thirty years in prison.)