Was Address in ‘Home Alone 2’ Where the McCallister House Was Filmed?

“Don’t you know a kid always wins against two idiots?” 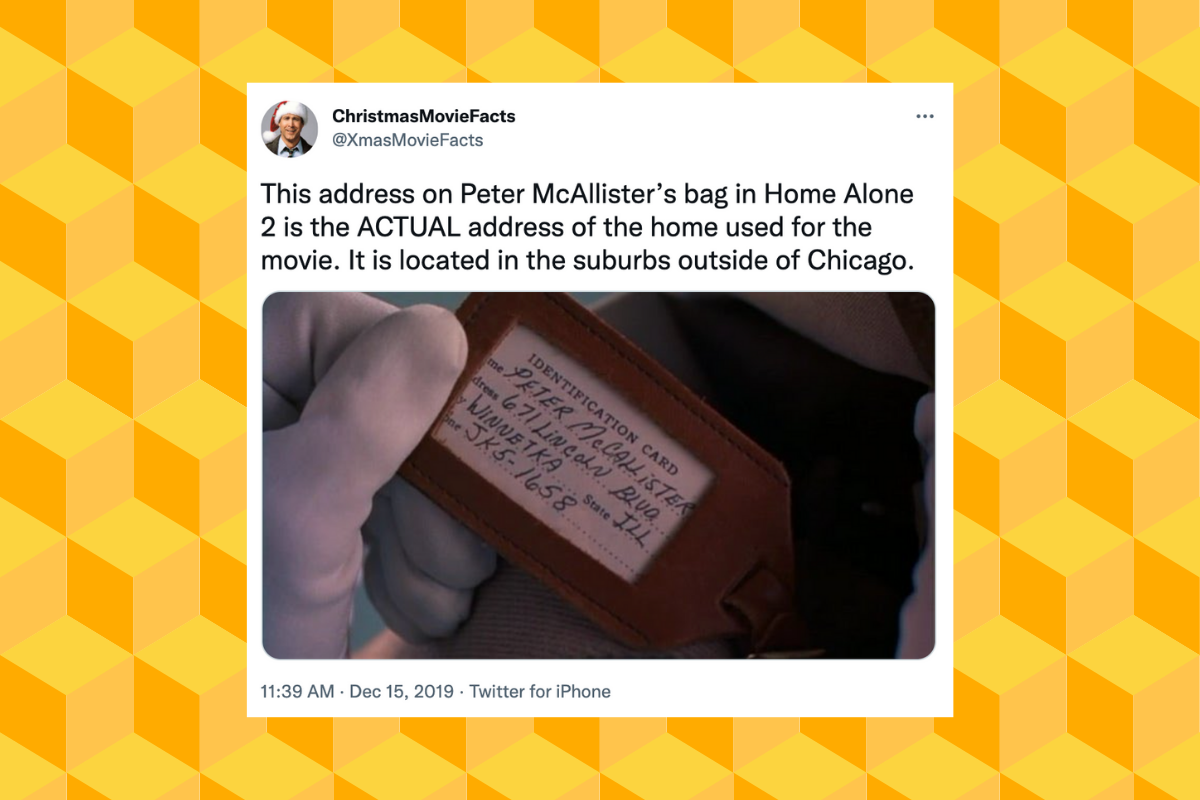 Claim:
An address shown in the film “Home Alone 2” was the authentic address of the shooting location depicted as the McCallister family home.
Rating:

In the three decades since the debut of "Home Alone" — the flick about a young boy who was accidentally left home by his family as they trekked to Paris for the holidays — has become a holiday staple. (Real talk, if you didn't daydream about being left by your family over Christmas, did you really grow up in the '90s?)

On social media, the 1990 holiday classic has also been at the center of posts that claim to find hidden Easter eggs. One such rumor suggested that an address that appears in the sequel, "Home Alone 2: Lost in New York," displayed the authentic address of a shooting location that depicted the McCallister family home.

The claim made its first appearance on Dec. 15, 2019, when it was posted to Twitter by the account ChristmasMovieFacts, handle @XmasMovieFacts, and made a resurgence in late 2021 when a screengrab of the tweet was shared again to social media by popular accounts, including @iamthirtyaf on Instagram.

We found the claim — and the address — to both be accurate. Just to be on the safe side, Snopes also watched the classic sequel (all in a day's work) and confirmed that the tag made an appearance just after the 31-minute mark when Kevin, played by Macaulay Culkin, was escorted to his New York suite by the concierge.

A look through the shooting locations recorded on the Internet Movie Database (IMDb) confirmed that the McCallisters' house was filmed at 671 Lincoln Avenue in Winnetka, Illinois. And a quick search on Google Maps showed that the real address was 671 Lincoln Avenue, not Boulevard, as was written in the movie.

Despite this small nuance, it appears that the address in question is authentic and is, indeed, located in a suburb about 22 miles north of Chicago. Below are screengrabs of photographs posted by Google users in 2021 and 2009, respectively, noting that the house at the listed address was the McCallister fictional family home in both the first and second movies.

A comparison with the public domain photograph below shows that the houses in question are indeed the same. If you want to see for yourself, "Home Alone 2: Lost in New York" can be streamed throughout the holiday season on Disney+.