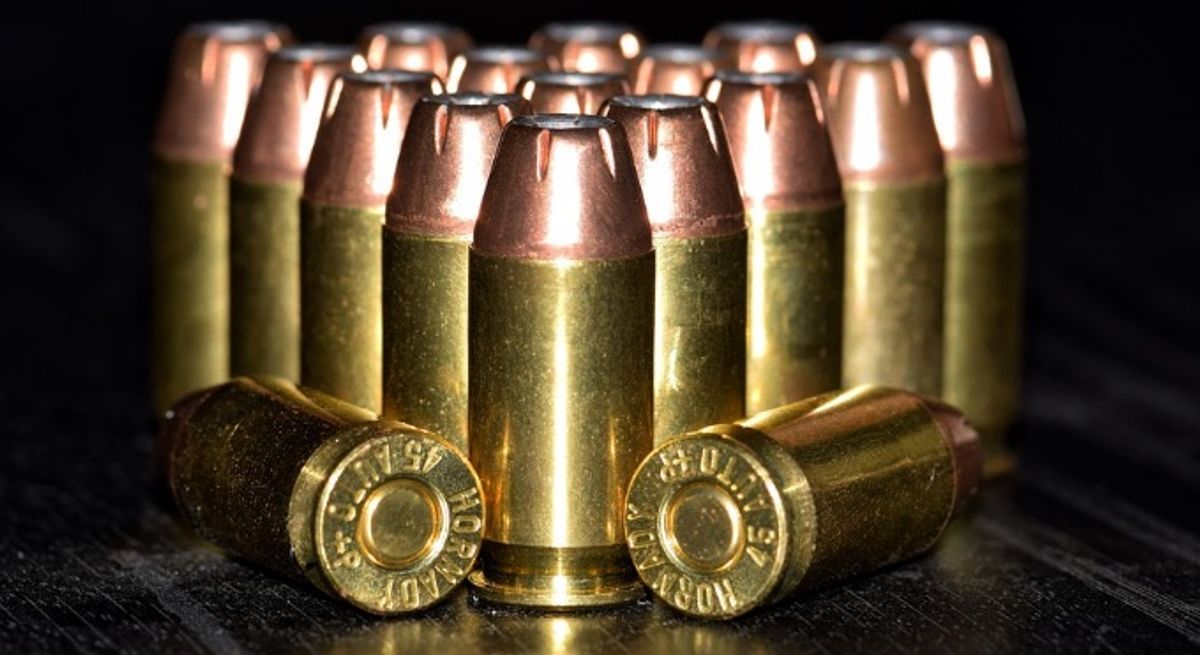 Claim:
Twenty-three states have agreed to enact a total ban on all forms of hollow point ammunition.
Rating:

On 6 October 2016, the Boston Tribune web site published an article reporting that 23 U.S. states had agreed to ban the sale and use of hollow point ammunition effective on 5 January 2017:

Though the ammo ban has created a strong divide among the citizens of the 23 participating states (California, Washington, Oregon, Utah, Arizona, Kansas, North Dakota, Missouri, Illinois, Wisconsin, New York, Alabama, Maine, Ohio, Pennsylvania, Michigan, Iowa, Nebraska, West Virginia, Oklahoma, New Mexico, Rhode Island, South Carolina), it’s said to be widely supported by state representatives. Many politicians and citizens alike have vocalized their disagreement with the ban and feel that denying the public access to hollow-point ammunition is a clear infringement of their second amendment rights, however many feel that the ban is a positive step towards much needed gun control measures ... According to the bill, the ban will extend to hollow-point ammunition of all caliber including the most popular ammunition calibers, 9mm Luger, .223 Remington, and .45 ACP. Additionally- law enforcement agencies within the relevant states will also be prohibited from using hollow-point ammunition in their police issued side-arm’s, however will be provided with an extended compliance date of July 2nd, 2017.

The article referenced a Maine lawmaker named Jared Holbrook, who does not exist. Neither does a real newspaper called the Boston Tribune either — that name has been appropriated by a fake news site which (by design) many online readers now confuse as a legitimate news outlet on par with the real Boston Globe or Boston Herald newspapers.

While the Boston Tribune (like the Baltimore Gazette) sounds like the online arm of a major city newspaper, it is in actuality a news outlet for hoax purveyor Associated Media Coverage, a long-established fake news site that typically spreads fabrications about laws or statutes that would affect a specific subset of the population. Many fake or "satire" news sites include disclaimers informing readers their content is fabricated, but Associated Media Coverage (and the Boston Tribune) do not.

The 23-state ammo ban hoax designed to make waves among gun rights enthusiasts was in keeping with prior Associated Media Coverage falsehoods, including claims of an impending motorcycle curfew in March 2016, a motorcycle speed ban in August 2016, a FDA e-juice ban in mid-2016, a codified "two pet maximum" ordinance in multiple jurisdictions (causing many households to believe they would be forced to abandon beloved pets), a 50-state ban on open carry, and the elimination of Wisconsin's food assistance programs.

Associated Media Coverage expanded their scope into darker yet unfunny fake news items, including claims a transgender bathroom controversy-related shooting resulted in someone's death (appearing during nationwide debate over the issue), Casey Anthony planned to open a home daycare center, a dead baby was found in a Walmart DVD bin, and Jodi Arias was granted early release from prison.