Was Hitler Nominated for the Nobel Peace Prize?

The Nazi leader’s nomination in 1939 was not meant to be taken seriously. 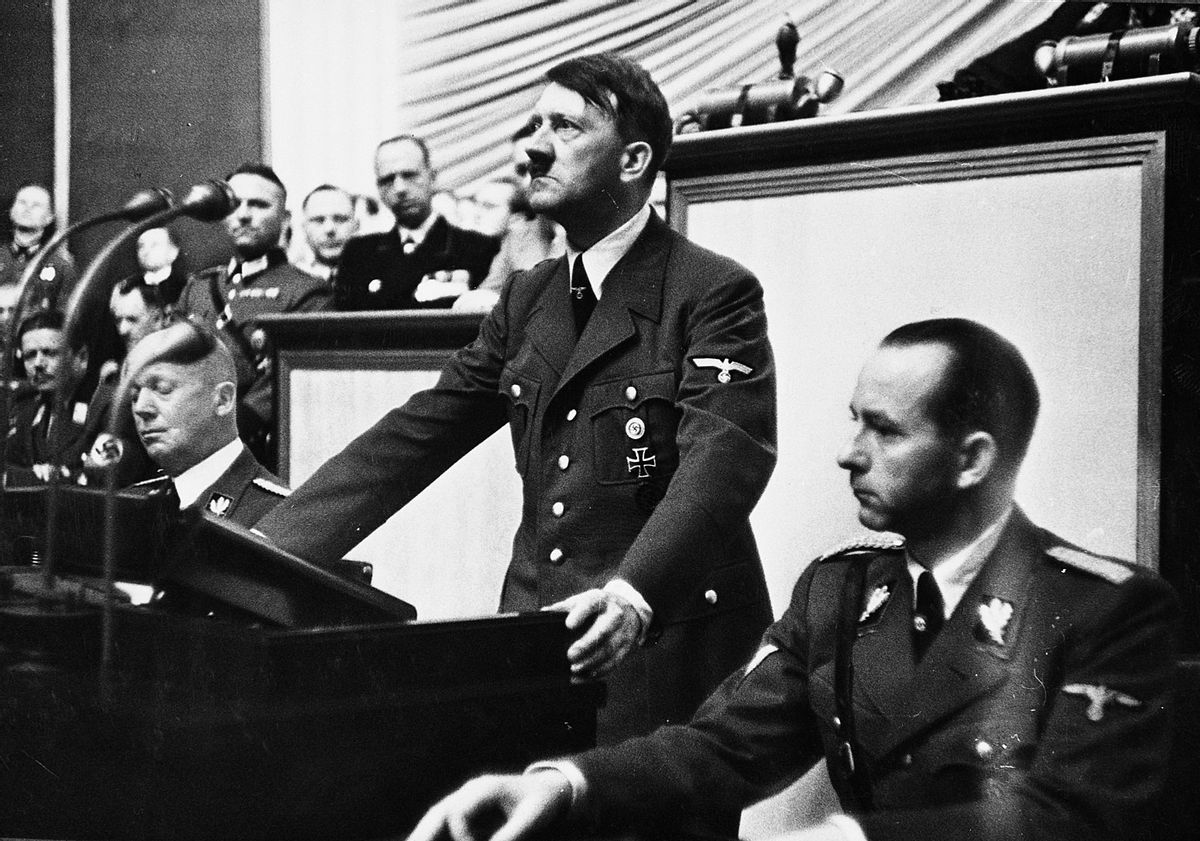 Claim:
Adolf Hitler was nominated for the Nobel Peace Prize in 1939.
Rating:

Hitler’s nomination came from a Swedish anti-fascist politician who intended to present it as a satirical criticism of political debate in Sweden. He withdrew it later.

Adolf Hitler had the unusual distinction of being one of the most reviled figures in human history who also received a nomination for the Nobel Peace Prize – albeit a nomination no one took under serious consideration. He was nominated in 1939 by a member of the Swedish parliament, E.G.C. Brandt.

Technically, the Nobel Committee cannot control the nominations that pour in. According to the Nobel Prize website, a nomination is valid if it is submitted by “members of national assemblies and national governments.” So Brandt was able to submit this nomination. However, Brandt's nomination of Hitler was not intended to be taken seriously, and he described it as ironical.

Brand was a dedicated anti-fascist and submitted the nomination as a satirical response to the political debate in Sweden. In 1939, 12 Swedish members of parliament nominated the British Prime Minister Neville Chamberlain for being responsible for world peace after the 1938 Munich Agreement he brokered with Hitler, when Czechoslovakian area Sudetenland was handed over to Germany. Only three days after the nomination, Brandt sent a letter to the Norwegian Nobel Prize Committee nominating Hitler. According to the Nobel Peace Center – the museum for the Nobel Peace Prize – his letter stated:

To the Norwegian Nobel Committee

I hereby humbly suggest that the Peace Prize for 1939 is awarded the German Chancellor and Führer Adolf Hitler, a man, who in the opinion of millions of people, is a man who more than anyone in the world has deserved this highly respected reward. Authentic documents reveal that in September 1938 world peace was in great danger; it was only a matter of hours before a new European war could break out. The man who during this dangerous time saved our part of the world from this terrible catastrophe was without no doubt the great leader of the German people. In the critical moment he voluntarily did not let weapons speak although he had the power to start a world war.

By his glowing love for peace, earlier documented in his famous book Mein Kampf – next to the Bible perhaps the best and most popular peace of literature in the world - together with his peaceful achievement – the annexation of Austria – Adolf Hitler has avoided the use of force by freeing his countrymen in Sudetenland and making his fatherland big and powerful. Probably Hitler will, if unmolested and left in peace by war mongers, pacify Europe and possibly the whole world.

Sadly there still are a great number of people who fail to see the greatness in Adolf Hitler's struggle for peace. Based on this fact I would not have found the time right to nominate Hitler as a candidate to the Nobel Peace Prize had it not been for a number of Swedish parliamentarians who have nominated another candidate, namely the British Prime Minister Neville Chamberlain. This nomination seems to be poorly thought. Although it is true that Chamberlain through his generous understanding of Hitler´s struggle for pacification has contributed to the saving of world peace, the last decision was Hitler's and not Chamberlains! Hitler and no one else is first and foremost to be thanked for the peace which still prevails in the greater part of Europe; and this man is also the hope for peace in the future.

As Chamberlains obviously can claim his share of the peace making, he could possibly have a smaller part of the Peace Prize. But the most correct thing to do is not to put another name beside the name of Adolf Hitler and thereby throwing a shadow on him. Adolf Hitler is by all means the authentic God-given fighter for peace, and millions of people all over the world put their hopes in him as the Prince of Peace on earth.

Swedish leftist groups protested against this nomination, calling Brandt clumsy, insane, and a traitor to the working class. His lectures at various clubs were also canceled. Brandt, in an interview with Swedish newspaper Svenska Morgonposten, said that the nomination of Chamberlain made him nominate Hitler as a provocation against the leader and Nazism. His point was that through the Munich Agreement, Western powers stabbed Czechoslovakia in the back by handing over Sudetenland, and neither leader deserved the prize.

After the outbreak of World War II in 1939, Brandt wrote a letter to the editor of Trots Allt, an anti-Nazi paper, in which he described his intentions in nomination Hitler: “... by the use of irony suggest a Peace Prize to Hitler and by that nail him to the wall of shame as enemy number one of peace in the world.”

According to the Nobel Prize archives, Brandt withdrew the nomination on Feb. 1, 1939. The archives describe Brandt as “an anti-fascist member of the Swedish parliament who never intended his submission to be taken seriously.”

The Nobel Peace Center describes Brandt’s explanation that his nomination was ironic as “probably correct,” but “he failed to foresee the reaction from the public when it came to how he formed his message.”

His anti-fascist credentials were very clear — he had been against the Munich Agreement, and signed a petition that led to the creation of an anti-fascist party in Sweden. He also criticized his own political party for refusing to take in more Jewish refugees from Germany, and was the first to call for investigations into the rumors of German extermination camps in Poland.