Did Hillary Clinton Wear Blackface at a Costume Party?

A photograph showing a woman in blackface and a man dressed as a hillbilly is not a picture of Bill and Hillary Clinton. 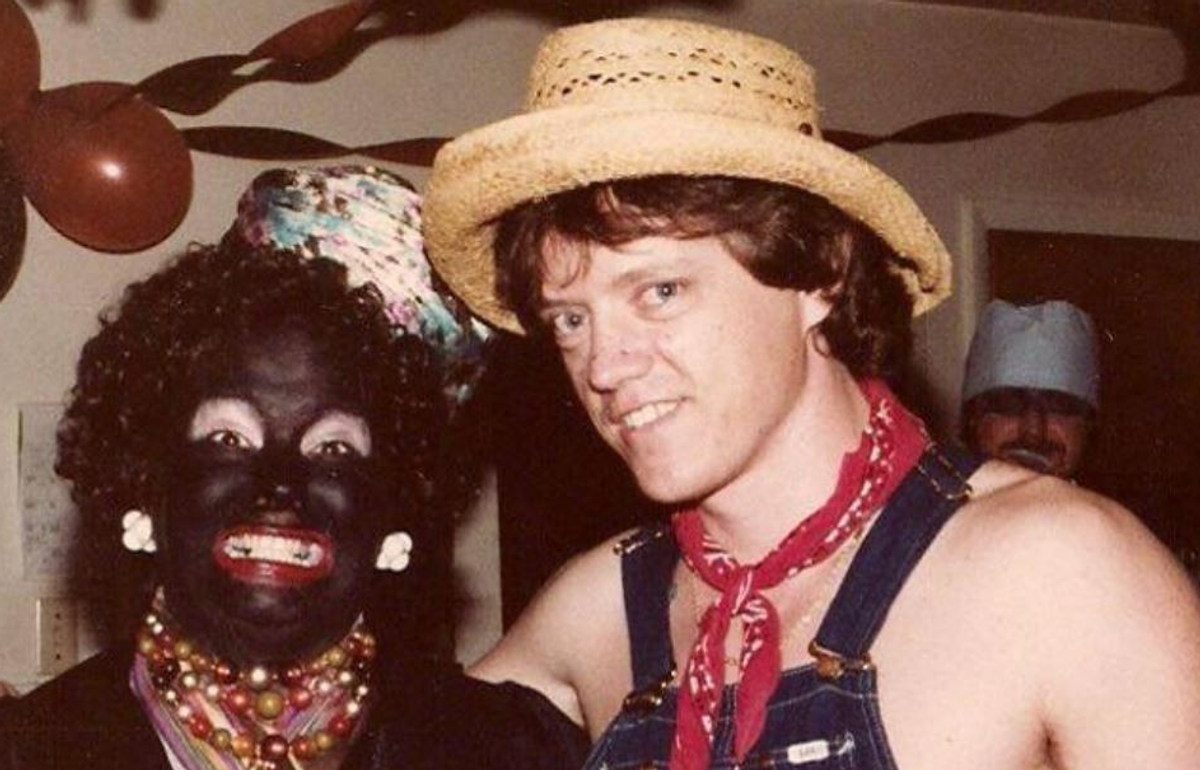 Claim:
A photograph shows Hillary Clinton in blackface and Bill Clinton dressed as a hillbilly.
Rating:

In January 2016, a photograph purportedly showing Hillary Clinton in blackface and Bill Clinton dressed as a hillbilly started circulating on the internet: While the above-displayed image has been frequently shared along with the claim that it shows "Hillary Clinton in blackface at a 70s Halloween party at Yale," this photograph does not appear to include either Hillary or Bill Clinton.

The earliest posting of this photo we could uncover was on 5 November 2015 when Twitter user @Brian_Tourville posted the image in response to a "Throwback Thursday" Tweet from the Huffington Post: First of all, Hillary Clinton's eyes are not brown, as are the eyes of the woman in the above-displayed photo, but blue.

Further, if the above-displayed image really does show Bill and Hillary Clinton at a college party, why did it take nearly 45 years to surface? Bill and Hillary Clinton met at Yale in the early 1970s, and while they both have led high-profile political lives, this photograph, which would have been political Kryptonite at any stage in their career, didn't surface until 2015. If the image were real, it's probable that the photograph would have been made public several years ago.

While no date has been attached to the above-displayed image, we can assume that two people featured in the image were in their 20s. Here's a photo of Bill and Hillary Clinton around the same age for comparison: While there is a vague resemblance between the two "Bills" in the above-displayed image, the height difference appears off. In both of the above-displayed comparison photos, the real Bill Clinton has a fuller face than his costumed counterpart. The real Hillary Clinton's face also appears more slender than the woman wearing blackface.

It should also be noted that the photograph purportedly showing Hillary Clinton in blackface is frequently shared with Clinton's campaign logo: This photograph, however, has never appeared on Clinton's web site nor has it been shared on her social media accounts. While the logo makes it appear that the photograph has been verified and endorsed by Clinton's staff, the fact that such a potentially career-destroying photo had never been seen before 2015 — despite the Clintons' long and often controversial lives directly in the public eye — made it appear that this image was being spread in a deliberate attempt to smear the presidential candidate.