Does This Video Shows Giraffes Jumping Off a High Dive?

Giraffe-diving is not yet an Olympic sport. 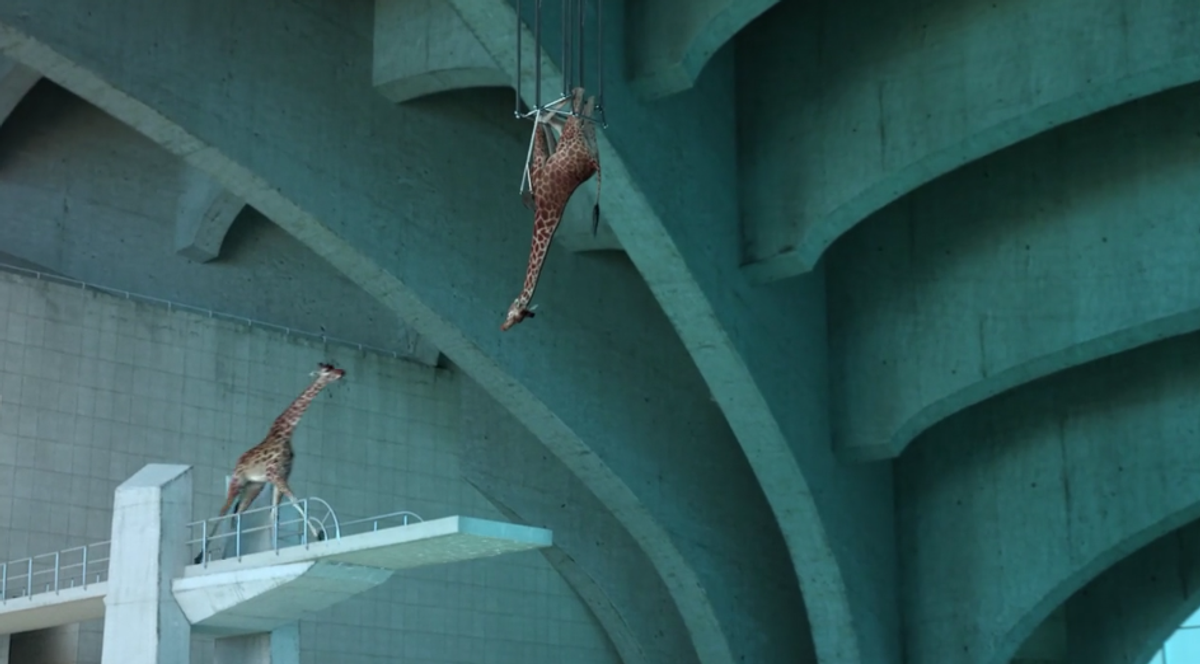 Claim:
A video shows a group of giraffes trained to jump from a high dive.
Rating:

A viral video purportedly showing "high diving giraffes" has been circulating online since at least 2013.  Most people who viewed the video marveled at the realistic animation, but some were left wondering if the giraffes featured in the video had actually been trained to perform acrobatic aerial maneuvers from a high dive:

They haven't, as the above-displayed video does not feature real high-diving giraffes. This is an award-winning short animation called "5 Metres 80," which was produced by Cube Creative and directed by Nicholas Deveaux in 2013:

Almost 10 years after "7 tones 2," a short film featuring an elephant on a trampoline, i wanted to make a sequel, this time with giraffes...

Deveaux's film portfolio is full of realistic but implausible animations, such as a video of an elephants skydiving, this video of a giraffe walking a tightrope, or a video of seals serving cocktails at a party.  No real seals, elephants, or giraffes were used in any of the videos.