If you have children with facebook, make sure that Herb Carlyle is not on their page! He has 4 accounts that i have found, and has hundreds of little girls on all pages. He is a predator, asking girls where they live! 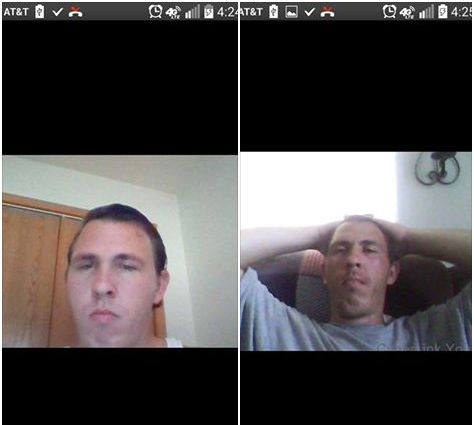 Origins:   On 2015, a Facebook user published the warning shown above and accompanying photo set to a Facebook group for users based in or around the Port Huron, Michigan, area. Although that warning to be on a social media lookout for a child predator named Herb Carlyle was subsequently shared more than half a million times, the basis for it remained murky. In later comments, the user who posted the warning claimed that her middle school daughter had secretly created a Facebook account without parental consent, and that she obtained the photographs of the alleged predator through her daughter. Above and beyond that, little was offered about any purported solicitations of girls via social media (such as date, duration, content, or context).

Since its appearance on a Port Huron page on 2015 the message has traveled to Facebook pages in England and Ireland, and later iterations have framed the warning in the first person. Some Facebook users have claimed they themselves had uncovered Carlyle's purported misdeeds, while others who simply shared the message without further elaboration inadvertently created the impression that the status message was their own, possibly spurring friends to believe that the discovery had been made by someone they knew personally.

The post spread so prolifically that other users began to complain about it:

If I learned anything today it's that Herb Carlyle is a pedophile on Facebook. If I seen that dudes pic once I seen it 100 times

While the original claim certainly inspired social media users to get the word out, the post was light on checkable facts. It appears

that a man named Herbert Albert Carlyle was indeed convicted on two counts of criminal sexual conduct in Michigan in 1998, but the details of those

crimes are not available to us yet. Presumably as a reqeuirement of his release, Carlyle was listed on a local sex offender registry.

It's worth noting that the counts with which Carlyle was charged and convicted are ones colloquially known as statutory rape. The specific statute cited on the registry entry references assaults involving a child
between 13 and 16 years of age, and public records indicate that the incident occurred when Carlyle was 20 or 21 years old.

The warning began with a single user's uncorroborated claim on 2015, and we haven't found further claims of solicitation
of minors made by the original poster or any other individuals. The original poster later elaborated as to why she shared the images:

This is not my ex, or anyone i know personally. This creep found my 13 yr old daughters facebook, that she opened in school behind my back, within hours of her opening it, and proceeded to tell her how beautiful she is, and ask her where she lives, and goes to school! He is a 37 yr old convicted sex offender in the 3rd degree, which means he used force, with 2 counts, which means 2 children! What worries me is i bet there are countless children who are afraid to tell their parents bc they are afraid to get in trouble for talking to a strange 37 yr old! Also we found several other sex offenders on his page, and i worry that these people have something to do with the high rate of child trafficking happening in our state. We found 7 different fb pages in his name with hundreds of teenage girls on each page!

We have so far been unable to locate Facebook accounts matching the description given by the poster, although it's possible the accounts existed and were deleted after the warning spread. In any event, the woman who shared the photos and claim did not share the content of the purported attempt made to contact her daughter, but it's unlikely person in question is casting a net of danger as far away from Michigan as England and Ireland.