Is Hell Endothermic or Exothermic?

Old collegiate legend involves a student's coming up with a clever proof about the physical properties of Hell. 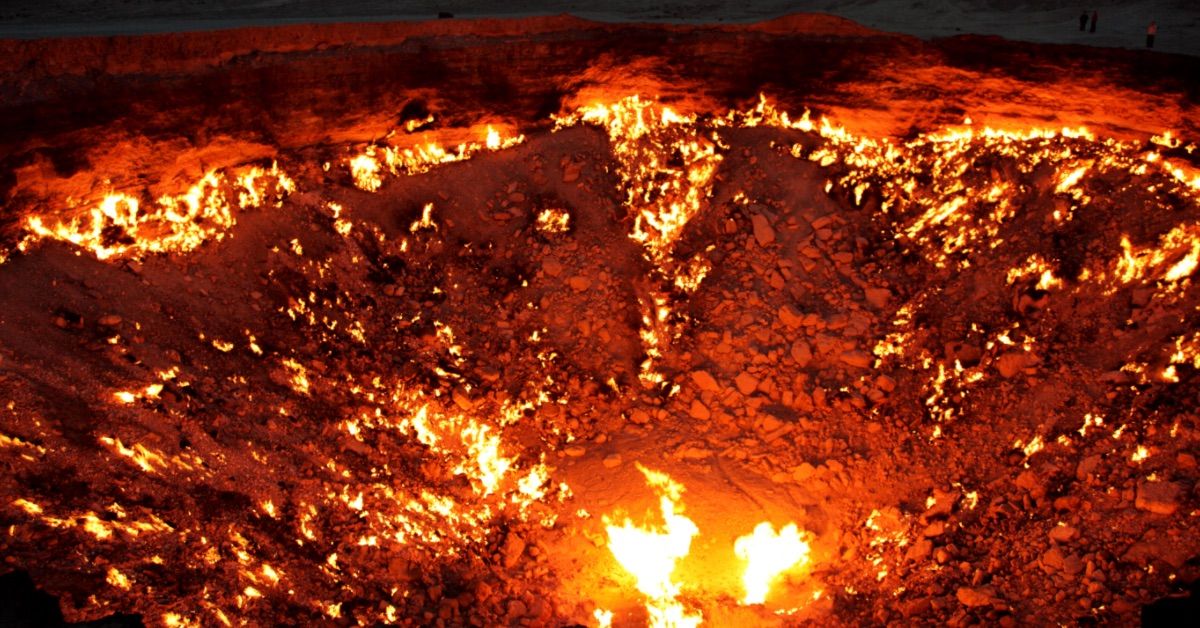 Claim:
A student came up with a clever proof and pithy saying in response to an exam question about the physical properties of Hell.
Rating:

A true story. A thermodynamics professor had written a take home exam for his graduate students. It had one question:

"Is hell exothermic or endothermic? Support your answer with a proof."

Most of the students wrote proofs of their beliefs using Boyle's Law or some variant. One student, however, wrote the following:

"First, we postulate that if souls exist, then they must have some mass. If they do, then a mole of souls can also have a mass. So, at what rate are souls moving into hell and at what rate are souls leaving? I think that we can safely assume that once a soul gets to hell, it will not leave. Therefore, no souls are leaving.

With birth and death rates as they are, we can expect the number of souls in hell to increase exponentially.

Now, we look at the rate of change in volume in hell. Boyle's Law states that in order for the temperature and pressure in hell to stay the same, the ratio of the mass of souls and volume needs to stay constant.

So, if hell is expanding at a slower rate than the rate at which souls enter hell, then the temperature and pressure in hell will increase until all hell breaks loose.

Of course, if hell is expanding at a rate faster than the increase of souls in hell, than the temperature and pressure will drop until hell freezes over."

It was not revealed what grade the student got.

The piece quoted above appears to have begun its Internet life as a joke posted to the newsgroup rec.humor in 1997. Its roots, however, are far older: It has antecedents in a 1920's-era piece written by Dr. Paul Darwin Foote [PDF], a scientist noted for his pioneering work in the field of high temperature measurement, which appeared in the house organ of the Taylor Instrument Company. In that article, "The Temperature of Heaven and Hell," Foote drew scientific deductions from descriptions of the states of various material substances as described in the Bible to conclude that Heaven was hotter than Hell. That item was penned as a humor piece and was written at a time in Foote's career when he was well established, thus any notion that it was the work of a cheeky student out to impress his professor should be dismissed.

The same item subsequently appeared as a story published in a 1962 book (The Mathematical Magpie, which reprinted it from a 1960 magazine article), and as a parody published in a 1972 edition of Applied Optics which was attributed to "an unnamed environmental physicist of several decades back":

HEAVEN IS HOTTER THAN HELLThe temperature of heaven can be rather accurately computed. Our authority is the Bible, Isaiah 30:26 reads:

The exact temperature of hell cannot be computed but it must be less than 444.6°C, the temperature at which brimstone or sulfur changes from a liquid to a gas. Revelations 21:8: But the fearful and unbelieving ... shall have their part in the lake which burneth with fire and brimstone." A lake of molten brimstone [sulfur] means that its temperature must be at or below the boiling point, which is 444.6°C. (Above that point, it would be a vapor, not a lake.)

Therefore heaven is hotter than hell.

An article published in a 1979 edition of the Journal of Irreproducible Results written by Dr. Tim Healey (penned as a response to the Applied Optics piece) carried the joke one step further by offering a refutation proving that Hell was indeed hotter than Heaven.

In typical urban legend fashion, what had started out many years earlier as an obvious bit of tongue-in-cheek humor was apparently eventually transformed into a version touting it as a "true story." It's difficult to definitively prove one form of the legend is the direct descendant of the other since Foote's original and the modern Internet version are substantially different tales, but both of them are humor pieces based on the specialized concept of using thermodynamics to measure the properties of heat associated with Hell. (Either way, it's highly unlikely that a real "thermodynamics professor" would give graduate students an exam consisting of a single vague question with no definite solution which required the application of Biblical principles to answer, unless it was intended as a joke.)

Interestingly enough, the Internet-circulated version's opening gambit, "We postulate that if souls exist, then they must have some mass," stands in opposition to the position taken centuries ago by the Roman Catholic Church. The Holy See had given its official approval to a particular line of scientific thought, the vacuum (places where measurable matter does not exist), to specifically allow for immaterial forms such as weightless souls and armies of angels in what would otherwise be a filled universe. Without vacuums, both Heaven and Hell as well as all their denizens would have no place in the cosmic order of things. The time-honored Aristotelian assertion "Nature abhors a vacuum" had to be (and was) elbowed out of the way because the vacuum was a theological necessity.