A satirical article written by "God" reported that Mylan CEO Heather Bresch was swarmed by bees and suffered an allergic reaction. 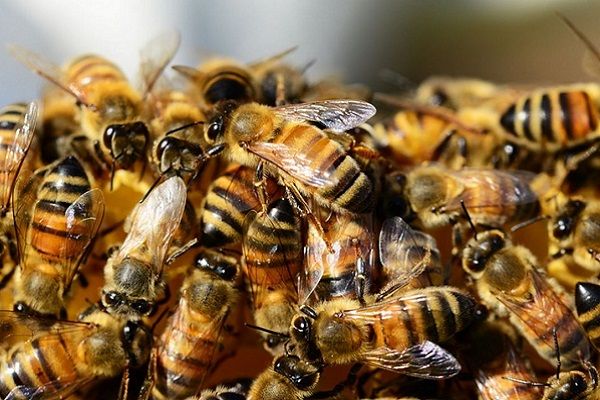 Claim:
Mylan CEO Heather Bresch as attacked by a bee swarm whilst strolling in a park and no one nearby had an EpiPen on hand to assist her because they're too expensive.
Rating:

On 22 August 2016, a satirical web site supposedly run by a very snarky, sunglasses-wearing God reported that Mylan CEO Heather Bresch was stung by a swarm of bees as she walked through a park on her lunch break:

Bresch, who is apparently allergic to bee stings, immediately suffered a severe anaphylactic reaction. However, none of the bystanders had an EpiPen on hand to inject Bresch with relief.

“Didn’t she raise the price to 600 bucks? Nobody got money for that,” said one Robert Selvidge, a bystander on the scene. “She kept pointing at her bag for some reason, who knows why? Was there something in there she needed? Maybe she had an Epipen in there. Whatever. If you ask me she got what she deserves.”

While the article claims Bresch was taken to Mercy Hospital suffering (with great karma) from a severe allergic reaction, the only nearby hospital called Mercy is in Pittsburgh, 30 minutes away from Mylan headquarters in Canonsburg, where Bresch presumably works. A medical emergency would warrant that a patient be taken to a closer facility.

A quick look at other articles published by TheGoodLordAbove.com web site makes it clear it is dedicated to satirical humor. Headlines on the site include "Ryan Lochte Awarded Gold Medal For Being A Douche" and "Pope Vows To Crush Rising Religions Of Star Wars and Pokemon Go."

Bresch has been the latest focus of anger over the inflated price of life-saving pharmaceuticals, taking the mantle from former Turing CEO Martin Shkreli, who in September 2015 received widespread criticism for purchasing the manufacturing license for the drug Daraprim and dramatically inflating the price.

In August 2016, Mylan came under public scrutiny after raising the price of EpiPens more than 600 percent since acquiring the brand from Merck in 2007. EpiPens deliver an often lifesaving dose of epinephrine to patients suffering anaphylactic shock, a dangerous condition caused by severe allergies that can range from bee stings to various food and environmental sources.