Is the “Headless Chicken of the Deep Sea” a Real Creature?

Enypniastes eximia is a sea cucumber that looks a bit like a “chicken just before you put it in an oven.” 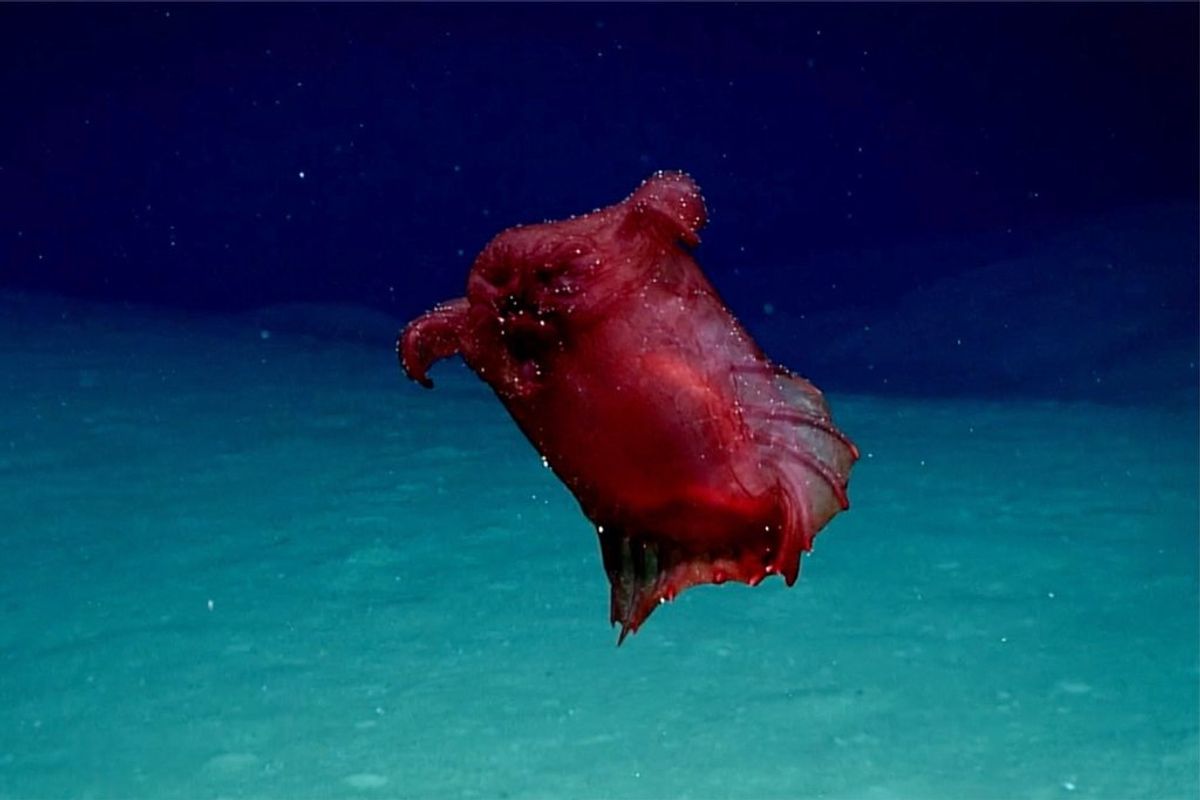 Image Via NOAA Office of Ocean Exploration and Research

Claim:
A video shows a sea cucumber that resembles a headless chicken.
Rating:

On 21 October 2018, the Australian Antarctic Division reported the discovery of a sea cucumber species that had (prior to their sighting) only been seen in the Gulf of Mexico. Using new underwater camera technology, researchers were able to capture the eerie creature’s movements in the chilly Southern Ocean:

For the first time, a deep-sea swimming sea cucumber, Enypniastes eximia, also known as a “headless chicken monster”, has been filmed in Southern Ocean waters off East Antarctica. The unusual creature, which has only ever been filmed before in the Gulf of Mexico, was discovered using an underwater camera system developed for commercial long-line fishing by the Australian Antarctic Division.

Researchers had set up this new deep-sea camera technology as part of an initiative from Australia's Department of the Environment and Energy aimed at monitoring commercial fisheries. Speaking to Australia’s ABC News, Antarctic Division Program Leader Dirk Welsford said that “We've got hours and hours of footage of not much really, and then one of our technicians was sitting there watching this footage and the chicken monster floated past." It was a mesmerizing image:

Behold the majestic "headless chicken monster" or Enypniasties eximia, spotted recently in the Southern Ocean for the first time on an Australian fisheries camera. https://t.co/jQHv5L0uE3 pic.twitter.com/ZeChEiivCy

Sea cucumbers such as Enypniastes eximia are echinoderms, a phylum of invertebrate animals that includes starfish and sea urchins. They feed on tiny particles such as algae, zooplankton, or waste material and play an important role in recycling nutrients in the marine ecosystem. The headless chicken monster is unique amongst sea cucumbers, the New York Times reported, because it has "fins" and can swim upward. “It looks a bit like a chicken just before you put it in [an] oven,” Welsford told the Times.