Did Stephen Hawking's Life Have an Eerie Symmetry With Galileo and Einstein?

March 14 and Jan. 8 are significant dates in the history of physics and astronomy. 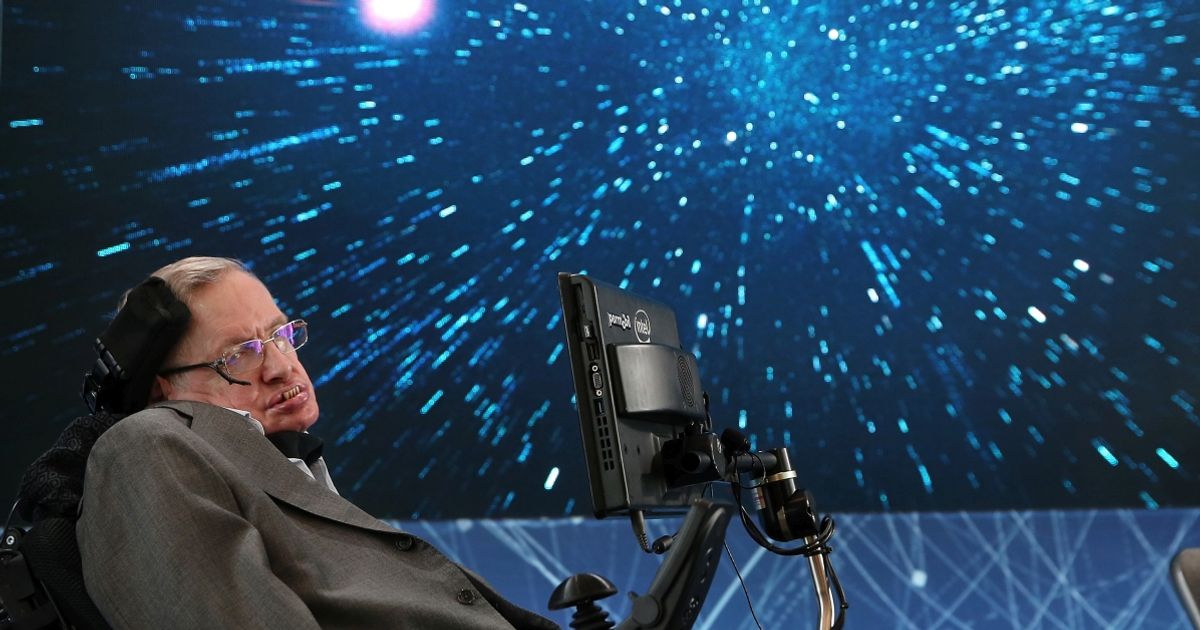 Claim:
Stephen Hawking died on Albert Einstein's Birthday, March 14, and was born on the anniversary of Galileo's death, Jan. 8.
Rating:

In the spring of 2022, we saw the re-emergence on social media of a popular piece of historical coincidence connecting three of the most prominent figures in the history of science and knowledge.

According to the claim, the English theoretical physicist Stephen Hawking died on March 14, which is the birthday of the German physicist Albert Einstein, and Hawking was also born on Jan. 8, which is the anniversary of the death of the 17th century Florentine physicist and astronomer Galileo Galilei.

Both those assertions are accurate, and our rating is "True."

A popular version of the meme read:

Did you know? Stephen Hawking was born on the same day Galileo died, and died the same day Einstein was born. Observations about these overlapping dates started on the very day Hawking died, March 14, 2018, and have been popular on social media ever since, with interesting variations such as the claim that Hawking and Einstein were both aged 76 at the time of their deaths, and that Hawking was born not only on the same date Galileo died, but on the 300th anniversary of his death. As we will demonstrate, those supplementary claims are also true.

Hawking did indeed die in the early hours of March 14, 2018, at his home in Cambridge, England. His death, at the age of 76, was announced by his children, who wrote jointly:

We are deeply saddened that our beloved father passed away today. He was a great scientist and an extraordinary man whose work and legacy will live on for many years. His courage and persistence with his brilliance and humour inspired people across the world.

March 14 was also the birthday of Einstein, who was born on that date in 1879, in the southern German city of Ulm, to parents Hermann and Pauline Einstein. In 2016, the official social media profiles of Einstein's estate posted a copy of his original handwritten birth certificate, along with the following translation:

The merchant Hermann Einstein, residing at Ulm, Bahnhofstraße B, No. 135, of Jewish faith, reported that his wife, Pauline Einstein, née Koch, of Jewish faith, who lives with him at his Ulm residence gave birth on March 14, 1879 at 11:30 in the morning to a child of male sex who was given the first name Albert.

When Einstein died on April 18, 1955, in Princeton, New Jersey, he was 76 years old, the same age as Hawking when he died six decades later.

According to the official website of his estate, Hawking was born in Oxford, England, on Jan. 8, 1942, to parents Frank and Eileen Isobel Hawking. The website itself notes the Galileo anniversary, stating:

It is a curious fact that Stephen William Hawking was born on 8th January 1942, exactly 300 years after the death of the Italian astronomer, Galileo Galilei. Perhaps it seems a fitting symmetry. Often referred to as ‘the father of observational astronomy,’ Galileo was one of Stephen’s inspirations during his long career as a theoretical physicist and cosmologist.

While the other key dates from this meme are relatively easy to verify using official and reliable sources, the date of Galileo's death is trickier, both because of the sheer distance in time from primary or firsthand accounts of his demise, but also due to an intriguing historical wrinkle in the form of the Florentine calendar (or "Stylus Florentinus" in Latin), which prevailed in medieval Florence.

Conventionally we say that Galileo died on 8 January, 1642. Unfortunately, there is more to be said than that because there were and are more than one convention. If we are talking about the conventions we use today, 1642 was the correct year. If we were to talk about the convention normal in Florence in the period, Galileo died in 1641. The Florentines before and after the 17th century began the year on the 25th of March, so that January was still 1641 by the rules and norms of Galileo's locale.

Notwithstanding those concerns, Galileo's death does indeed appear to have taken place on Jan. 8, 1642, as a modern reader would understand it, using the Gregorian calendar, and therefore exactly 300 years before Hawking was born in Oxford. Here's why.

In 1654, Galileo's young assistant and collaborator, the mathematician Vincenzo Viviani, published a biography of his mentor, in which he described the circumstances of his death as follows:

...He was struck by a long-lasting fever and palpitations. After two months of illness that progressively eroded his life, on Wednesday, January 8, 1641, ab Incarnatione [A.D.], at 4 a.m., aged 77 years, 10 months and 20 days, with philosophical and Christian perseverance he returned his soul to his Creator.

In a footnote, the Italian Galileo scholar Stefano Gattei explained that Viviani was using the Florentine style in describing the date of Galileo's death as Jan. 8, 1641, meaning it was Jan. 8, 1642 in modern terms.

However, the truly decisive piece of evidence here comes in the context of a later work by Viviani, his 1702 "Grati animi monumenta" ("Testimony of a Grateful Soul.") In the original Latin, Viviani described Galileo's death as having occurred:

In the year of Christ's incarnation 1641, on the day of Wednesday, Jan. 8, at four o' clock new style [novum stylum].

In his own original Latin footnote, Viviani distinguished between "Christi Incarnatione" (Christ's incarnation) and "Christo nato" (Christ's birth) — effectively two variations of what has traditionally been referred to as "A.D." ("Anno domini"). Crucially, he writes "Christi Incar. MDCXLI" and "Christo nato MDCXLII" — "In the year of Christ's incarnation 1641" and "In the year of Christ's birth 1642."

By stipulating "hora quarta n.s." Viviani was also noting that the time of Galileo's death was "in the fourth hour [novum stylum]" or "new style" — that is, 4 a.m. on what a modern reader would know as Jan. 8.