Did Kamala Harris Say Joe Biden Is 'Trash to Me'?

A quote lifted from a blog post about Harris and Biden was misattributed to Harris. 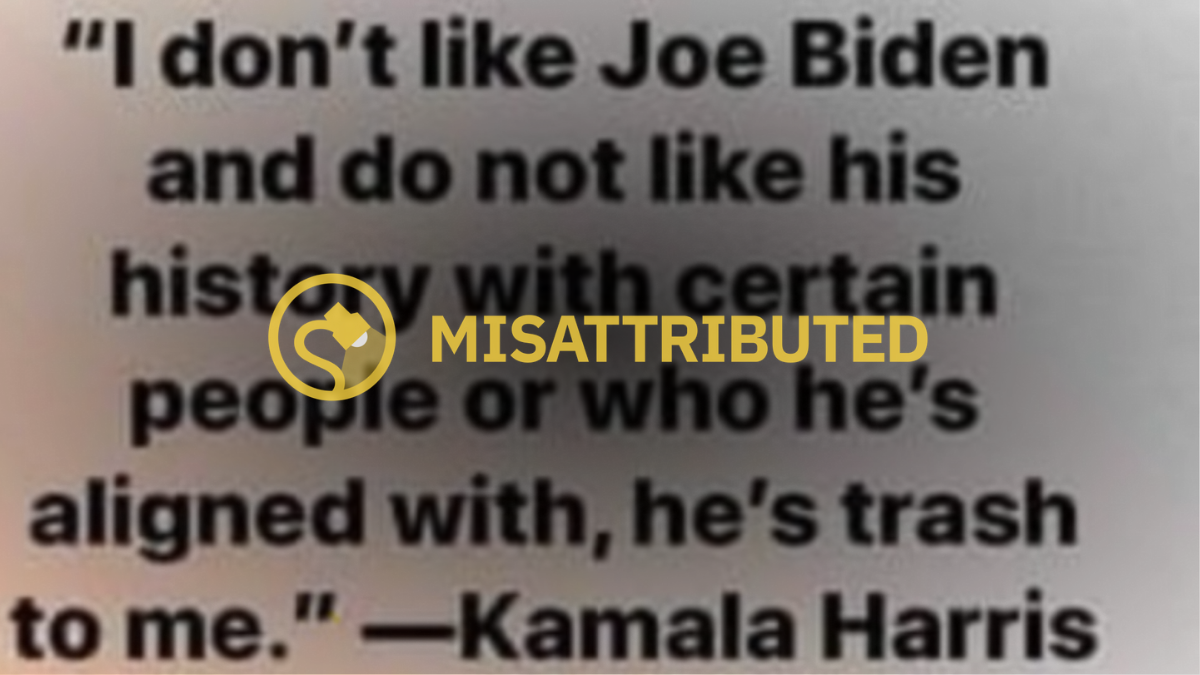 In late August 2020, Snopes readers inquired about a meme circulating on Facebook that contained a quote attributed to U.S. Sen. Kamala Harris, the Democratic vice presidential nominee, in which she referred to her running mate, Joe Biden, as "trash": We found no evidence Harris made this comment about Democratic presidential nominee Joe Biden. In fact, the quote seems to have originated with a June 2019 post on a news and entertainment blog called Flim Flam — but the quote wasn't attributed to Harris on that blog. Instead, it was simply commentary by the blog writer.

Here's the quote from the blog, in context:

I don’t like Joe Biden and do not like his history with certain people or who he’s aligned with, he’s trash to me. However, with that being said, Biden may be someone I don’t like but he does make a legitimate point when dealing with horrible people. Kamala may be taking shots for political gain and personal ones at that but what happens if she’s president?

This isn't the first time an inflammatory quote has been falsely attributed to Harris. In early August 2020, for example, a statement attributed to Harris saying she would be "coming for" supporters of U.S. President Donald Trump circulated widely on social media. It was a fake quote that originated on a website labeled "satire."

Although Harris and Biden did clash during Democratic primary debates, when Harris was campaigning to be the party's nominee, Harris never made the comment calling Biden "trash." Instead, it was taken out of context from a blog post written by someone else and attributed to her.