Anti-vaccine propagandist Robert F. Kennedy, Jr., capitalized on the death of the 86-year old American icon to spread innuendo about the vaccination. 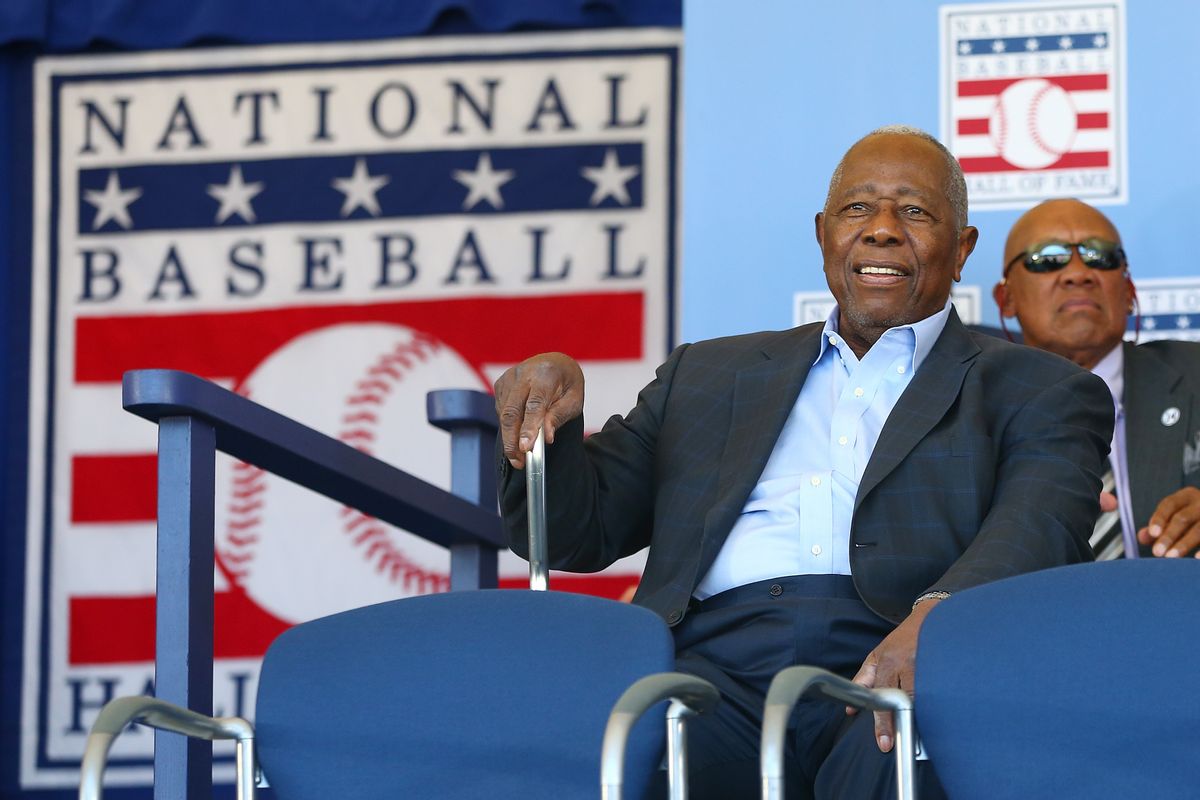 Claim:
Hank Aaron died as a result of a COVID-19 vaccination.
Rating:

On Jan. 5, 2021, 86-year-old baseball slugger Hank Aaron and other civil rights leaders received the first shot of the Moderna COVID-19 vaccine at the Morehouse School of Medicine as part of an effort "to send a message to Black Americans that the shots are safe," according to the Associated Press. "I don’t have any qualms about it at all, you know. I feel quite proud of myself for doing something like this. ... It’s just a small thing that can help zillions of people in this country,” he told reporters at the time.

On Jan. 22, 2021, Aaron died in his sleep, according to the Atlanta Braves, his long-time team. No cause of death was provided at the time. Based on no more than this temporal link, anti-vaccine activists — most prominently Robert F. Kennedy, Jr., and his "Children's Health Defense" (CHD) charity — have capitalized on Aaron's death, arguing it may have been caused by the vaccine.

"Aaron’s tragic death is part of a wave of suspicious deaths among elderly closely following administration of COVID vaccines,” Kennedy wrote on Twitter while promoting a link to a blog post by his charity titled "Home Run King Hank Aaron Dies of ‘Undisclosed Cause’ 18 Days After Receiving Moderna Vaccine." The treatment of Aaron's death by anti-vaccine activists is typical of the way the anti-vaccine movement uses elderly deaths to sow doubt over vaccines.

Aaron's death is also representative of one of the central public relations challenges facing the initial roll-out of the COVID-19 vaccine: That the first people being vaccinated belong to a population who — solely by the virtue of their age — are most likely to die within a short period of time following that shot regardless of vaccination.

On Jan. 25 2021, the Morehouse School of Medicine released a statement in disputing any link between Aaron's death and the vaccine. "His passing was not related to the vaccine, nor did he experience any side effects from the immunization,” they wrote. “He passed away peacefully in his sleep.” The Fulton County Medical Examiner's office, as well, concluded that there was no indication that the COVID-19 vaccine was a contributing factor in his death.

"The risk of the public misinterpreting such anecdotal reports may be especially acute early on in the rollout, when elderly adults and people with health conditions have been prioritized to get the vaccine," STAT News' Helen Branswell wrote in a Dec. 28, 2020 piece. Based on Social Security Agency actuarial tables, an 86-year-old-man like Aaron would have had a 10% chance of dying within his 86th year based solely on age.

Contrary to Kennedy's claim, there has not been a "wave" of "suspicious deaths" among the elderly. What there have been, instead, are breathless reports filled with speculation about a few deaths of people — largely in their 80s and 90s — who had been vaccinated before their death. That activists would utilize likely coincidental deaths of elderly individuals was predicted by public health officials early on; Kennedy has proven them correct.

The CHD blog post similarly invokes the deaths of elderly individuals in Norway as evidence of the risk of COVID-19 vaccination. As we explained in an earlier fact check, the only people receiving the COVID-19 vaccine in Norway currently are those in nursing homes or assisted living. An average of 400 people die each week in nursing homes and long-term care facilities in Norway, according to that nation's medical agency. Further, these individuals were given the Pfizer vaccine. Aaron received the Moderna vaccine.

While it is not impossible, in theory, for some adverse reactions such as fever and nausea from mRNA vaccines currently in use to contribute to a potentially fatal outcome in older, frail patients, a temporal link on its own is insufficient evidence of causation. Fully investigating cases with a close temporal link like Aaron's takes time, but innuendo surrounding those cases can cause immediate damage, according to some experts.

“Once there’s a news report people have read, it doesn’t matter what we prove categorically two years later in a study, that perception will remain, and it’s hard to combat,” Art Reingold, chair of the division of epidemiology and biostatistics at University of California Berkeley’s School of Public, told STAT news in December 2020.

"I fear a loss of confidence in the vaccine," Helen Keipp Talbot, an associate professor of infectious diseases at Vanderbilt University, said in the same story. "That the vaccine will actually truly be safe, but there will be temporally associated events and people will be scared to use the vaccine."

Finally, it is important to note that Kennedy is a conspiracy theorist with a dismal track record of accurately conveying scientific information about vaccines. He has long promoted the discredited link between vaccines and autism. He wrote the foreword to a book by disgraced scientist Judy Mikovits, who starred in the pseudo-documentary "Plandemic" that denied the reality of the COVID-19 pandemic. He frequently promotes Bill Gates conspiracy theories, including those suggesting the billionaire wants to use COVID-19 shots to insert microchips to monitor the global population (a topic we debunked here). In short, Kennedy is not a credible source for reality-based, good-faith arguments on vaccine safety, even if we had the data to demonstrate a link between Aaron's death and his vaccination with the Moderna COVID-19 vaccine. Because we do not, however, the claim remains "Unproven."

Update [26 January 2021]: Updated with statement from Morehouse School of Medicine.