Was the Word 'Hangover' Derived from Drunken Sailors Sleeping on Ropes?

The word has been in circulation since 1894. 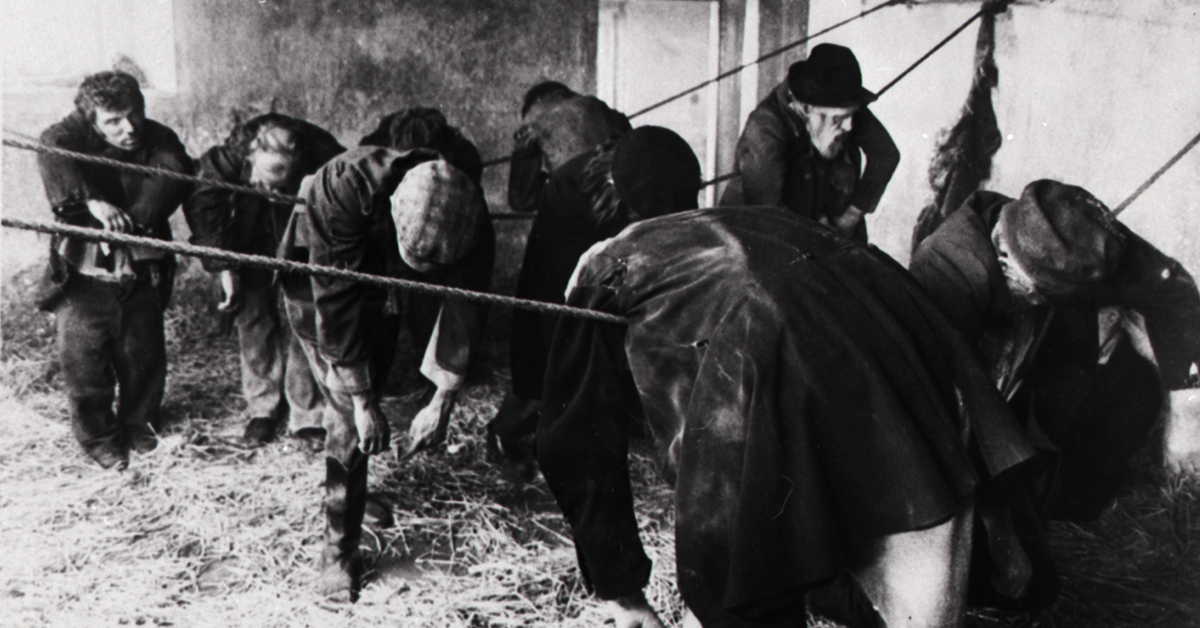 Claim:
The word "hangover" is derived from the practice of drunken sailors sleeping on ropes.
Rating:

In September 2020, claims that the word hangover was derived from a cheap, rope-based form of accommodation prized by drunken sailors went viral on social media, often accompanied by a picture of the alleged practice: 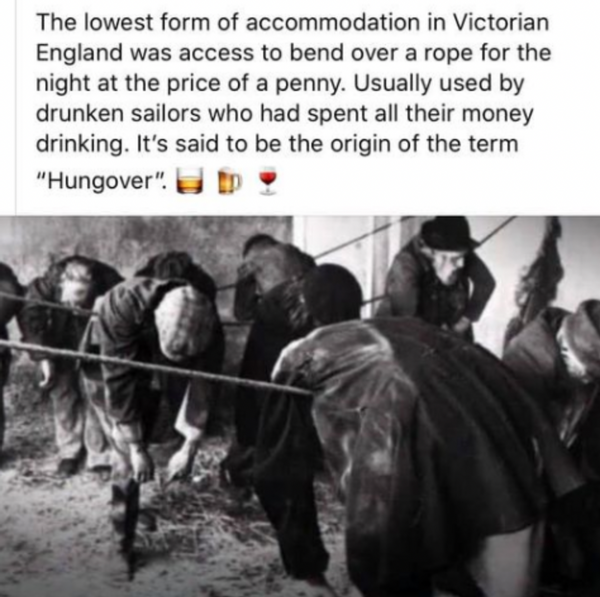 The lowest form of accommodation in Victorian England was access to bend over a rope for the night at the price of a penny. Usually used by drunken sailors who had spent all their money drinking. It's said to be the origin of the term hungover.

The photo of alleged drunken sailors, titled "Actors 'Sleeping' Draped Over Ropes" in the Getty Images archive, actually stems from the production of the film The Great Train Robbery (1978): 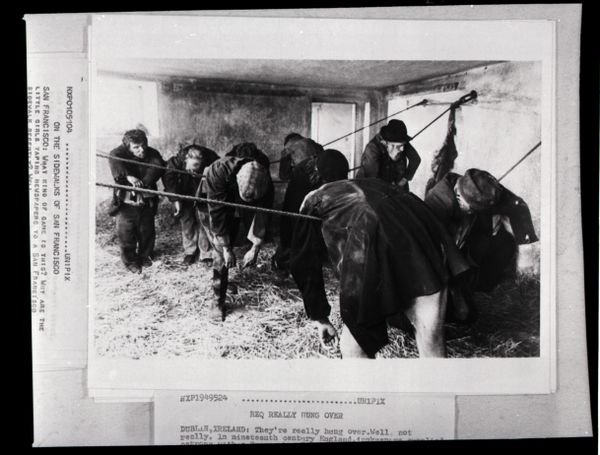 The caption associated with that photo makes joking reference to the term hangover:

They're really hung over. Well, not really. In 19th century England, innkeepers supplied patrons with a "penny hang," a kind of drying out room. For a penny, innkeppers provided ropes for seamen to sleep on. In a new film, "The Great Train Robbery," a lot of patrons are on the ropes in this scene. The movie is set in the 1850s."

Speaking to the AFP by email, however, associate professor of historical linguistics at the UK's University of Lancaster Daniel Van Olmen described the word-origin claim as nonsense. As explained by Merriam-Webster, the term — first documented in 1894 — refers to a residual after-effect:

The effects of hangovers have been hanging around for ages. The word itself, however, has only been fermenting since the late 19th century. Originally, hangover described someone or something that remained or simply survived, but it was later distilled into common use as a word for the effects of overconsumption of alcohol or drugs.

Because the claim has no basis in fact, the assertion is "False."

"False Claim Circulates Online That 'Hangover' Is a Term Derived from the Historic Practice of 'Sleeping on a Rope.'" Fact Check, 15 Sept. 2020, https://factcheck.afp.com/false-claim-circulates-online-hangover-term-derived-historic-practice-sleeping-rope.