Are These 'Hallowieners' a Genuine Product?

Sorry to disappoint all of you black licorice-flavored hot dog fans. 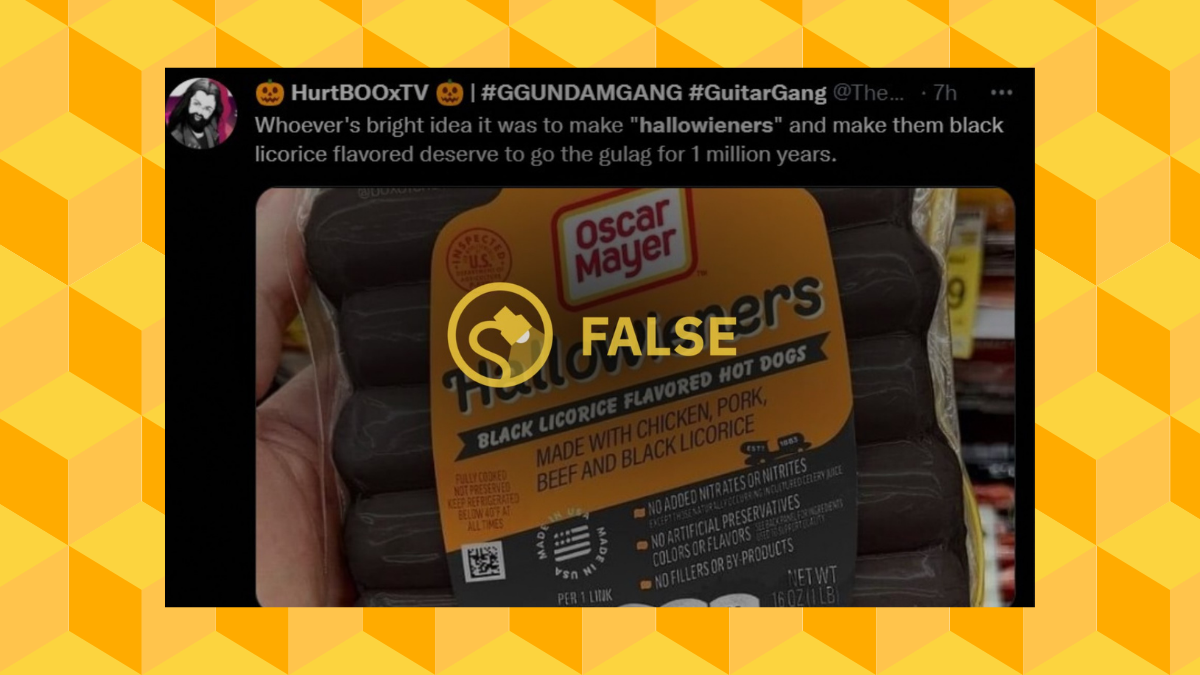 As the Halloween holiday approached in October 2021, an image started making its way around the internet that supposedly showed a package of black licorice-flavored hot dogs called "Hallowieners":

This is not a genuine product.

This image shows a joke product that was created by @boxofchowder (you can see the watermark on the top left of this fictional package), an Instagram account that frequently posts doctored images of gross or funny food items. The account has recently shared images of other fake products, such as "Beet Juice," which featured an image of beet farm-owning "The Office" character Dwight Schrute dressed up as Beetlejuice, a birthday cake-flavored mayonnaise, a Dorito-flavored coffee creamer, and a bologna seltzer.

The original post featuring "Hallowieners" can be seen below. It was tagged with hashtags such as #funnyfoods and #halloweenmemes, which are clear indications that this is just a Halloween joke:

Previous Article
Next Article
Article 26 of 33 in Collection