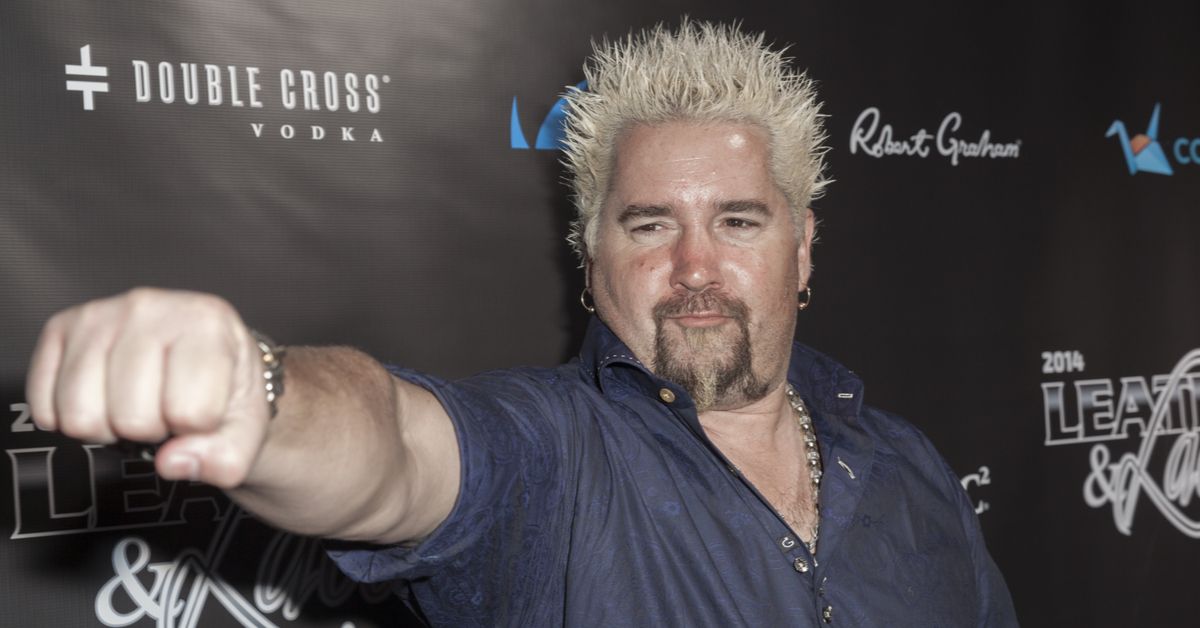 In July 2018, Fieri and a team of helpers traveled to Shasta County, California, where he took a leadership role in coordinating an estimated thousands of meals for wildfire evacuees and first responders.

The number of individuals fed as a result of Fieri's efforts is not entirely clear and possibly fell short of the 5,000 figure claimed in one viral tweet.

In July and early August 2018, more than a dozen wildfires hit the state of California, devastating property and taking several lives. One fire in particular, dubbed the Carr Fire, was among the most destructive in the state's history, killing six people and forcing tens of thousands of residents out of their homes.

Amidst that inferno, residents of Shasta County, near the northern California city of Redding, gathered to provide comfort and assistance to others affected by the fire. Celebrity chef Guy Fieri, who lived around 160 miles south of Redding in Santa Rosa, joined them, helping the Salvation Army provide food for displaced residents.

Fieri's involvement was the subject of some enthusiasm and speculation on social media, with one particularly viral tweet comparing the Food Network star to Tesla and SpaceX CEO Elon Musk and asserting that Fieri had fed some 5,000 people: Another Twitter user responded with a claim about Fieri similarly intended to speak well of him: "He became an ordained minister to officiate like 500 gay weddings he catered together on one day to honour his deceased sister ..."

Fieri did volunteer his time and expertise in Redding County on 29 and 30 July 2018, helping the Salvation Army to feed more than a thousand evacuees from the Carr Fire. Speaking to CNN on 29 July, Fieri said he and a team of around 20 volunteers had driven the roughly four-hour journey to Shasta County and organized lunch and dinner for a group of around 750 people there that day, at Shasta College in Redding.

Photographs posted to Facebook by the Salvation Army and Operation BBQ Relief, the latter a charity that provides food to those caught up in natural disasters and emergencies, establish that Fieri and his team also returned to the relief site on the following day, 30 July:

The exact number of individuals fed and meals served is unclear, but based on Fieri's estimate of having provided lunch and dinner to a group of 750 people on one day, it's reasonable to estimate that Fieri took a leadership role in an effort that provided thousands of meals to more than 1,000 people across the two days he was there.

The SFGate news web site, without citing a specific source, wrote of Fieri's first day at the relief site in Redding and said that "Working out of a makeshift kitchen at Shasta College in Redding, they reportedly fed 1,400 evacuees and first responders."

Fieri may end up returning to the site to coordinate even more nourishment for wildfire evacuees.

In February 2015, Fieri did officiate at a mass wedding involving 101 same-sex couples in Miami Beach, Florida, so that tweet has more than a grain of truth to it.

The event, called #101gayweddings on social media, was coordinated by celebrity chef Art Smith and took place shortly after Florida's ban on same-sex marriage was lifted, the Associated Press reported.

Fieri officiated at the mass wedding "in honor of" his late sister, who was herself a lesbian. On the occasion of their third wedding anniversary in 2018, one of the couples married that day tweeted their gratitude to Fieri for officiating the ceremony:

The tweet did stretch the truth in other respects, stating that Fieri oversaw 500 weddings when in fact he officiated at one mass wedding involving 101 couples. Furthermore, it's not clear whether Fieri underwent any kind of religious ordination for the event, which appears to have been a civil ceremony.