Both "avocado" and "guacamole" derive from the Nahuatl word for the fruit, which only secondarily carries the slang meaning of "testicle." 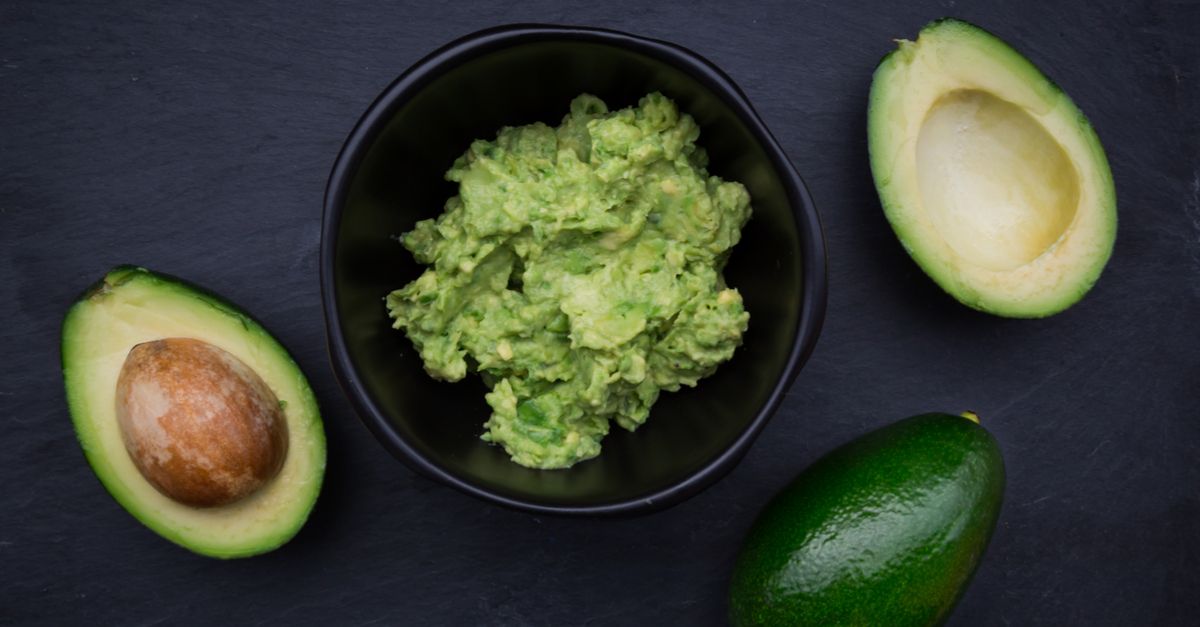 Image Via TunedIn by Westend61 / Shutterstock

"Guacamole" does not directly translate as "testicle sauce."

Avocados are so ubiquitous as a staple of sports events and parties (at least, in the form of guacamole) that it's easy to forget that they are not native to the United States. Their widespread appeal here and around the world owes much to the efforts of committed botanists and businessmen at the turn of the 20th century.

Avocados are actually native to Mexico and Central America, which is why they bear a name (āhuacatl) that derives from Nahuatl, a language spoken by the indigenous Nahua people of Mexico and El Salvador.

The word āhuacatl in Nahuatl was indeed at one point used to mean "the fruit of the avocado tree" and, more slangily, "testicle," presumably because of the fruit's shape; according to Nahuatl scholar Magnus Pharao Hansen, the word in the context of "testicle" carried a double meaning much like the word "ball" (or, more to the point, "nut") does in English. Spanish conquerors had a difficult time with the glottals and fricatives of local languages such as Nahuatl, and so over time the names of native flora and fauna became simplified: coyotl became coyote, mizquitl turned into mesquite, and āhuacatl became aguacate but lost its double meaning in the process (and became more of a double entendre).

Mōlli is in fact Nahuatl for "sauce," which in a linguistic coincidence sounds much like the Spanish infinitive moler (meaning "to grind"). However, it's not totally accurate to say that "guacamole" means "testicle sauce," because in becoming the Spanish word aguacate (further distorted to avocado in English), the original Nahuatl for "avocado" word lost its second, more vulgate meaning (i.e., testicle).

This may seem to be splitting hairs, but the fact remains that even if pre-Columbian Nahua peoples might have ever had occasion to utter the phrase "testicle sauce," they would likely not have called it "guacamole"; instead, they would have used some variant of the more common words cuitlapanaatetl or atetl (testes; rocks) and mōlli or chīllacuēchōlli (sauce).  The word "guacamole" is part of Nahuatl as auacamulli, and there's no evidence, past or present, to suggest it was ever used to mean anything but avocados.

Mesoamerican language specialist Dr. Frances Karttunen, who has written several books on the Nahuatl language, had this to add:

The Spanish loanword aguacate (stress on the ca) is used to refer to “testicle" [as] does huevo. Seems to me that contemporary Nahuah get a giggle out of looking up at the fruit hanging in the trees and thinking of them as vegetable testicles. (Likewise, on the campus of the U. Of Hawaii-Manoa there is an exotic tree known as a “dead-rat tree” and people, myself included, are forever looking at it and imagining its fruits as rats hanging by their tails.)

But, except in jest, I don’t think a Nahua would imagine a:huacamo:lli to be anything other than mashed up avocado.

In other words, "guacamole" could be translated as "testicle sauce" in exactly the same way "football" could translate to "foot-testicle."