Did 'The Grinch' Pistachio Ad Make a Crude Reference?

A cross promotion between the new movie "The Grinch" and "Wonderful Pistachios" is genuine, but the character never stated that pistachios are "green and salty just like my nuts" 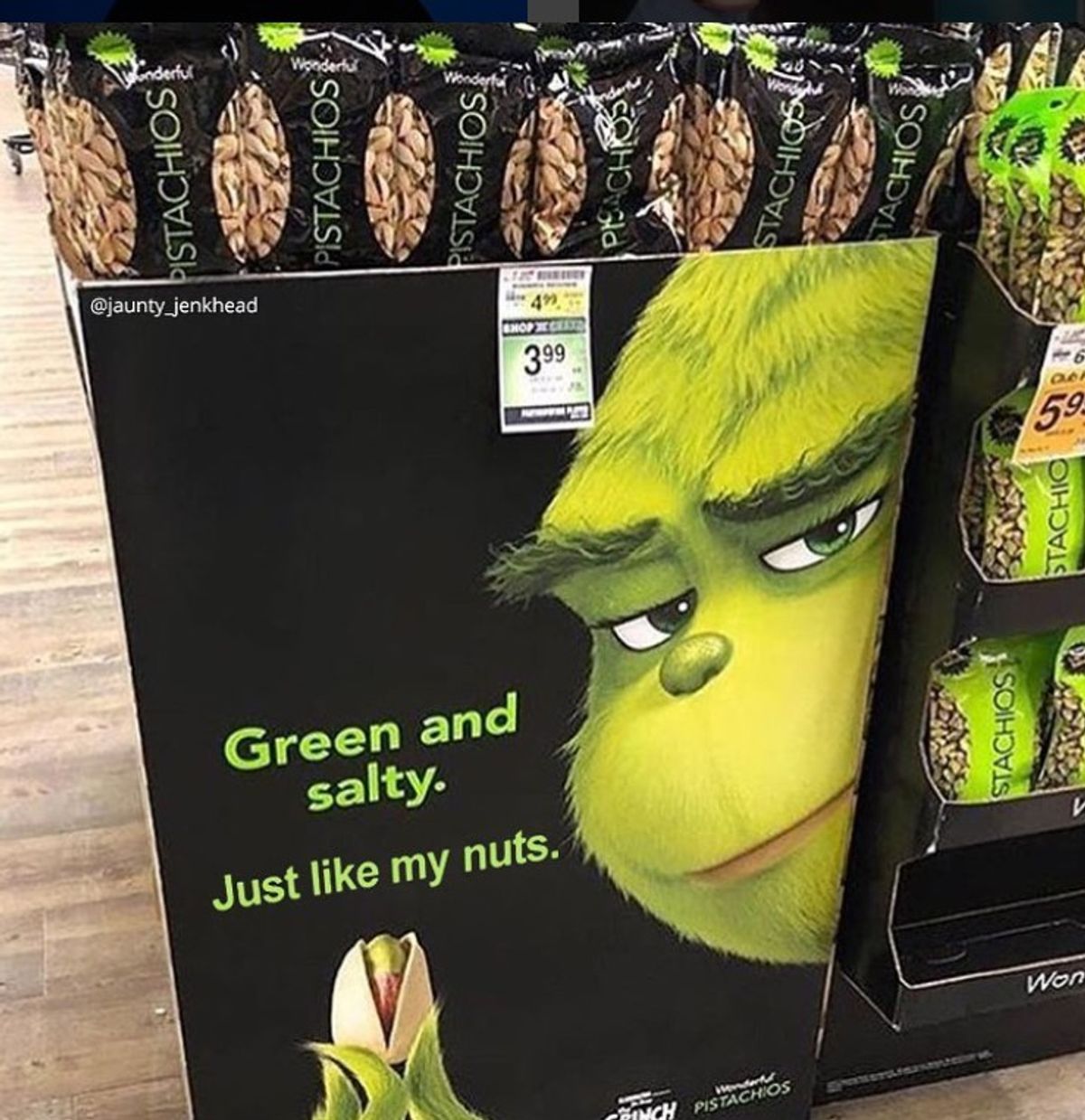 Claim:
A “Wonderful Pistachios" ad featured The Grinch touting the slogan “Green and salty. Just like my nuts."
Rating:

An image purportedly showing an in-store advertisement for Wonderful Pistachios and the animated movie "The Grinch" raised some eyebrows as it circulated on social media in November 2018 due to an unusually crass slogan: "Green and salty. Just like my nuts”: This is not a genuine advertisement. "The Grinch" and Wonderful Pistachios did run a series of cross-promotional advertisements that utilized the character's mean-spirited humor, but this image was digitally manipulated.

One indication that this image is fake is the watermark for Instagram user "@Jaunty_Jenkhead," a self-described meme hoarder, visible on the top left of the display. A scroll through Jaunty_Jenkhead's Instagram feeds reveals a number of other memes and manipulated images.

We also managed to find the original, undoctored image via a reverse image search. On 9 November 2018, two days before the "Green and Salty. Just like my nuts" image started to make its way around social media, Imgur user "twistable69" posted a photograph of this advertisement which featured a much more palatable slogan: "Green and salty. Just like me."

Here's a comparison of the doctored image (left) and the genuine photograph (right): A photograph showing another in-store advertisement for The Grinch and Wonderful Pistachios from the web site "The Packer" confirms that the genuine slogan for this advertisement is "Green and salty. Just like me."