Is This Teen Activist Greta Thunberg Shooting a Gun?

Time magazine's 2019 Person of the Year has been the subject of numerous false rumors. 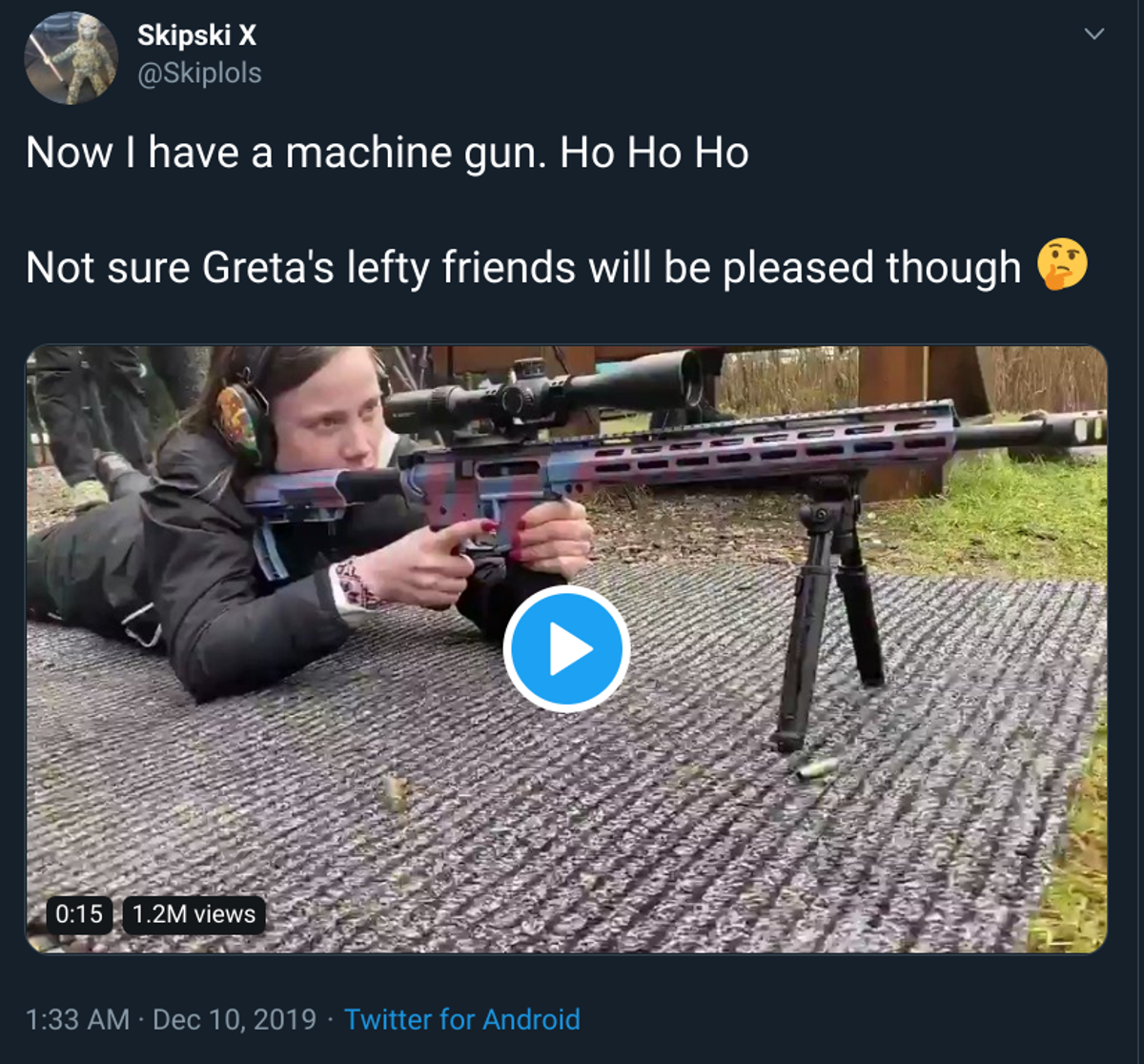 This video racked up more than 1 million views within a few days of its initial posting. It was circulated both by people who found that it was out of character for Thunberg, a "leftist" who is fighting against climate change, and by those who found Thunberg doubly threatening when wielding a gun.

This video, however, does not show the 16-year-old Swedish girl but rather a Twitter user named "Emmy."

Emmy (@eslinge) posted this video to her Twitter page on Dec. 7, 2019, a few days before anyone claimed that this footage featured Thunberg, along with the caption "So anyway, I started blasting." Emmy then shared a second video of her shooting this weapon:

Several people commented on Emmy's videos, saying that she looked like Thunberg. Emmy responded to one person, writing: "Första gången jag fick höra det blev jag vansinnig men nu känns det nästan lite charmigt att vara lik henne. :D" translated as: "The first time I heard it, I got crazy but now it feels almost a little charming to be like her. : D."

Emmy told the AFP that she was about 15 years older than Thunberg. She also said that she hopes "people don't really think that I am her. I don't want to cause Greta any harm, I think she's great."

Emmy has also posted several articles from international news outlets that have also debunked this claim.

In short, this video does not show environmental activist Greta Thunberg shooting a gun but a Twitter user named Emmy.