Did Dr. Seuss Write 'Green Eggs and Ham' on a Bet? 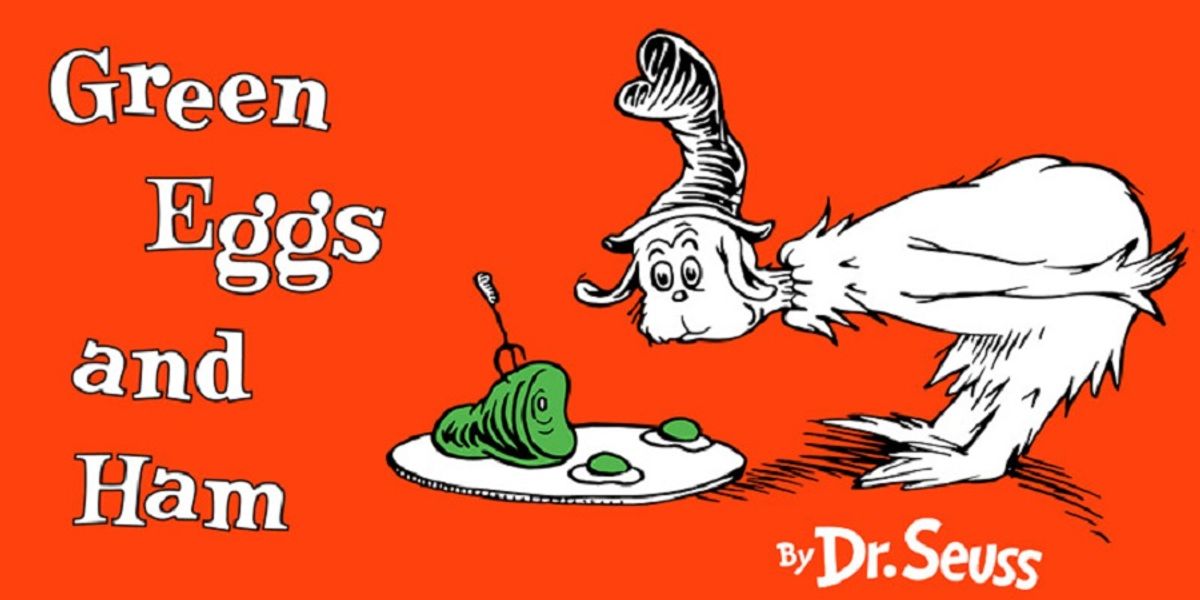 Multiple generations of children have now grown up enjoying the wildly imaginative rhyming works written and illustrated by Theodor Seuss Geisel, better known as Dr. Seuss. Bartholomew and the Oobleck, If I Ran the Zoo, Horton Hears a Who!, How the Grinch Stole Christmas and many other books involving Seuss' trademark "ludicrous situations pursued with relentless logic" have formed the core of many a child's personal library.

In 1957, Seuss produced his classic children's tale The Cat in the Hat, which used only 236 different words, all of them taken from an average first-grader's vocabulary list. That effort grew out of a challenge to Seuss posed by a publisher:

Back in 1954, Life magazine published an article entitled "Why Do Students Bog Down on First R? A Local Committee Sheds Light on a National Problem: Reading." That article was quite critical of school primers, essentially claiming that the books schools used to teach children to read – and to love reading once they mastered the basic mechanics of it – were boring, and that the children featured in them were not relatable.

In response to that article, William Ellsworth Spaulding, then-director of the education division at Houghton Mifflin, challenged his friend Geisel to write a book that first-graders could read on their own -- and not put down. The Cat in the Hat was finished nine months later.

This work was followed by a series of books employing ever more limited vocabularies: Ten Apples up on Top!, Hop on Pop, Fox in Socks, and the book that most exemplifies this trend (and is perhaps the best known of all of Seuss' efforts), Green Eggs and Ham.

The minimalist bent by Seuss that produced Green Eggs and Ham was also the result of a challenge from a publisher. Seuss' Beginner Books publishing venture was an imprint of Random House, which had been co-founded by Bennett Cerf, and Cerf made a friendly bet with Seuss for the latter to pen a book using no more than fifty different words. Seuss took Cerf up on his challenge and in 1960 produced a classic children's work many of us can still recite from memory, as detailed by The Art of Dr. Seuss project:

Green Eggs and Ham was born out of a $50 wager between Dr. Seuss and his publisher, Bennett Cerf, who bet he couldn’t write an articulate, entertaining book using only fifty different words. The result was a 62-page volume composed of 49 monosyllabic words and a fiftieth three-syllable word “anywhere.” When Cerf heard Ted’s first reading of the book, he seemed dazed, shaking his head over the clear triumph of Green Eggs and Ham, which had begun as their private joke. Although he conceded the fifty-dollar bet, Ted cheerily “complained” throughout his life that Cerf never paid up.

As the project noted, the wager was "a small price for what ultimately became a national treasure."