A photograph purporting to show two great white sharks swimming in the Mississippi River depicts bull sharks, not great whites, and was taken in Costa Rica. 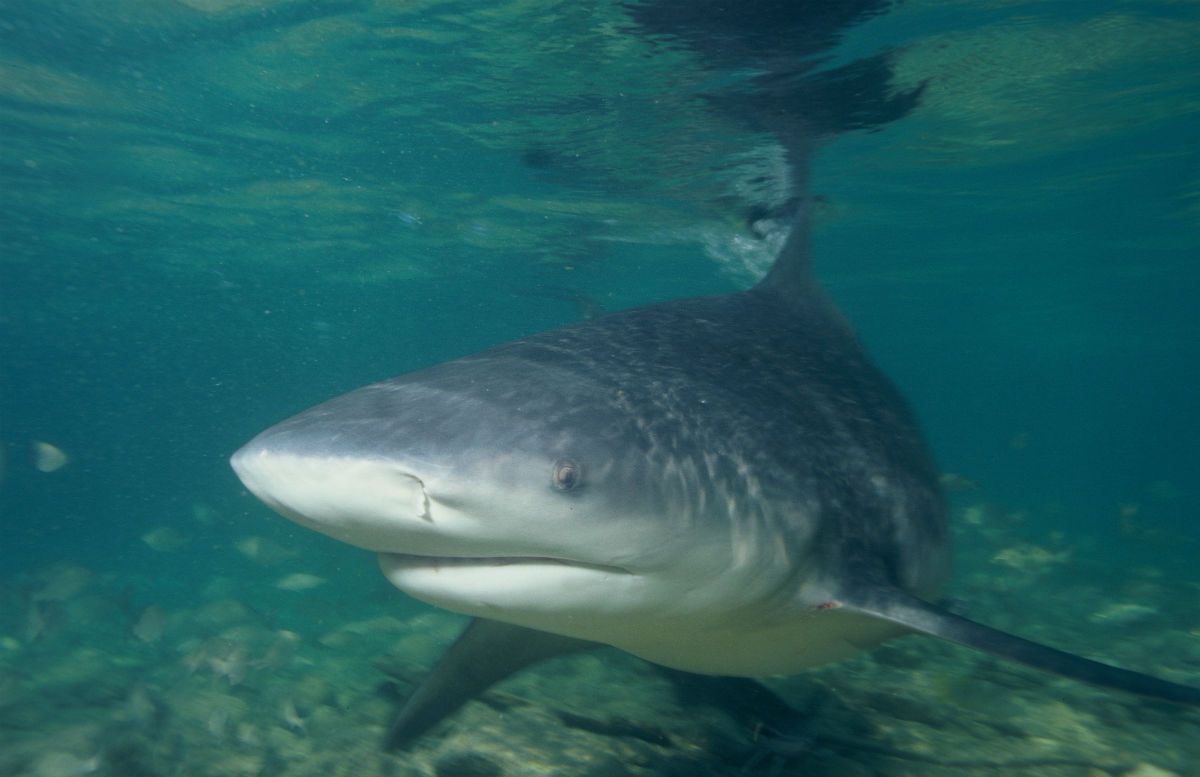 While it is not entirely impossible, it is incredibly uncommon for salt water dwelling creatures to stay for lengthy periods of time in fresh water. However, two Great White Sharks have managed to survive the trip and make their way up the Mississippi River and in to the Illinois River somehow. Believed to have started as a mating couple, the two are assumed to have swam the 1250 mile journey to the Chicago suburb River from the mouth of the Mississippi River that is also connected to the Gulf Of Mexico perhaps ending up at their current location as a recent influx of Asian Carp would be a great feeding ground for the apex predators. Officials in Morris have contacted the Illinois Department of Natural Resources and will likely have a team in the river soon to capture the two lost sharks.

But this photograph does not show two great white sharks, nor was it taken in the Mississippi River (much less near St. Louis) or the Illinois River. This photograph has been circulating since at least 2008, when it was posted to Flickr along with the caption "Bull Shark — Rio Sirena River Mouth." A bull shark would indeed be more likely spotted in the Sirena River (which is located in Corcovado National Park in Costa Rica) than a great white shark would be in the Mississippi River near St. Louis.

React365 is one of the many web sites that allows users to create fake (but convincing-looking) news in order to, in its own words, "prank" others: "Create your false news and prank your friends. Share them on social networks! What are you waiting for?"

This isn't the first time that this particular shark photograph has been shared with a fake backstory. In 2013, RFKDNews used the same image alongside a report that six people in Illinois jad been eaten by "river sharks" after their hot air balloon popped. (They weren't.)

The National Oceanic and Atmospheric administration provides a guide to identifying sharks based on their dorsal fins.  White sharks, also called great whites, have dorsal fins with a more ragged edge and are darker in color than bull sharks: Great whites rarely attack from the surface, preferring instead to grab their prey from underneath. Bull sharks tend to butt potential prey with their heads in order to stun it before they bite.