Is Trey Gowdy Replacing Mike Pence on the 2020 GOP Ticket?

Curious political rumor holds that Vice President Mike Pence will be stepping down from the Republican ticket in 2020 to run for a U.S. Senate seat in Indiana. 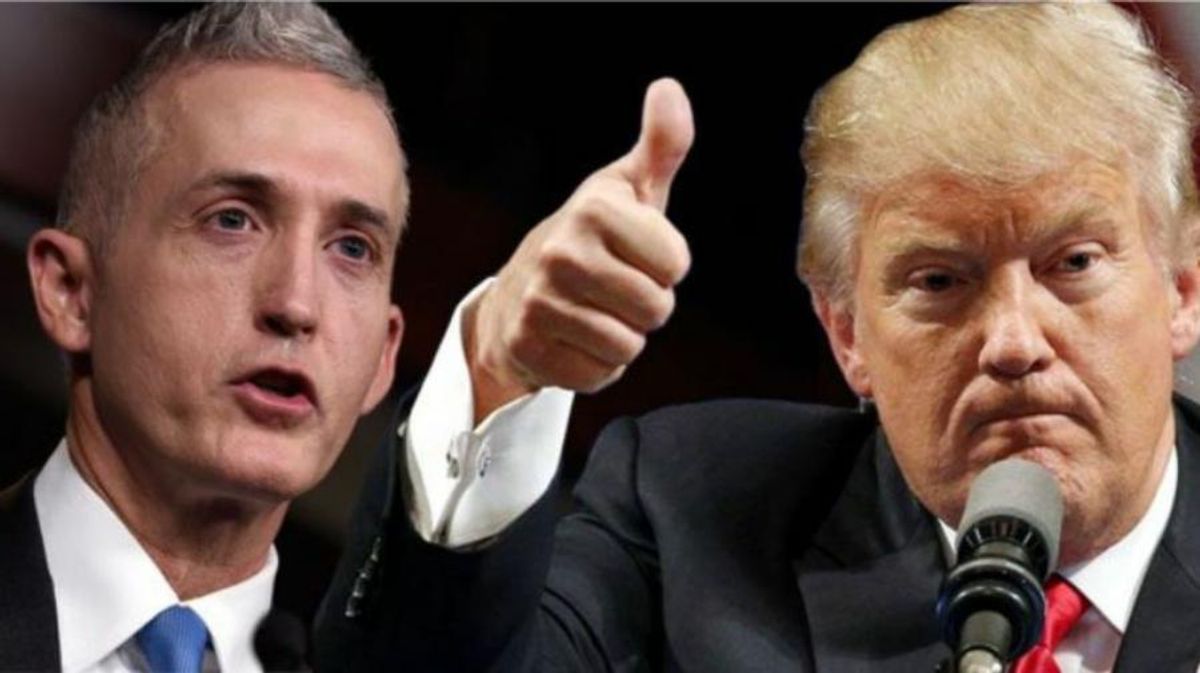 Claim:
Vice President Mike Pence will be stepping down from the GOP ticket in 2020 to run for a U.S. Senate seat in Indiana.
Rating:

On 21 January 2018, the web site USA Mirror News published an article reporting that Vice President Mike Pence would be stepping aside in 2020 to run for a U.S. Senate seat in Indiana, while his place on the GOP ticket would be filled by Rep. Trey Gowdy of South Carolina:

White House insiders are leaking news left and right today about a shakeup to the 2020 Trump re-election campaign. According to two different White House general staffers and a mid-level aide in the West Wing, Trey Gowdy sat with both President Trump and Vice-President Pence for several hours today to discuss the “future of the 2020 ticket.”

Rumors have been swirling around the Executive Mansion for weeks that Mike Pence may feel like he could be more beneficial delivering the state of Indiana and running for Senate to fill the seat of Kelly MaCadoo, who has decided to join the ranks of the RINO and retire in 2020. Pence is the best option to keep that seat and it still put him in a good position to run in 2024.

Nothing in this unsourced, non-bylined report was true. Most particularly: Indiana has no U.S. senator named "Kelly MaCadoo," nor is either of the state's U.S. Senate seats up for election in 2020. This story is nothing more than a fabrication which originated with USA Mirror News, a fake news site known for spreading political misinformation.