Is the US Government Paying Farmers To Destroy Crops?

From USDA: "Food production and manufacturing are widely dispersed throughout the U.S., and there are currently no wide-spread disruptions reported in the supply chain." 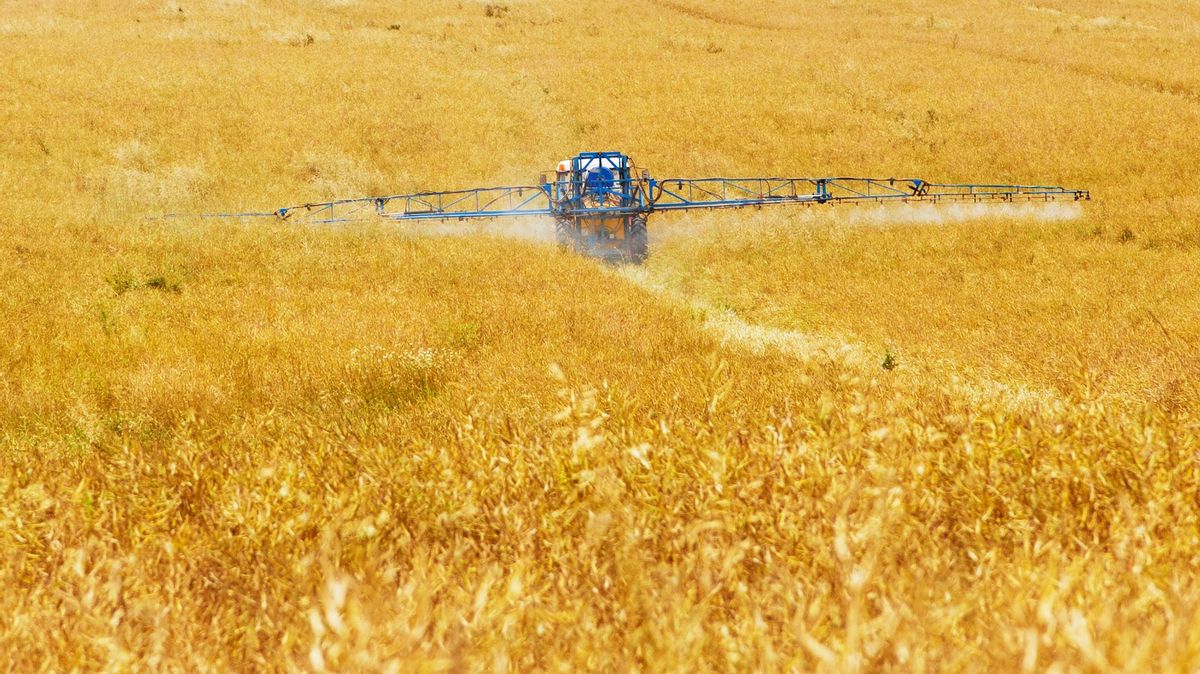 Image Via Image by PublicDomainPictures from Pixabay

Claim:
The U.S. government is paying farmers to destroy crops in order to create a food shortage.
Rating:

This person was not told by the government to destroy their crops. In addition to the fact that the letter in this video is dated 2018 and the displayed papers are about land management training, this TikTok user informed viewers in the comments that this was just a joke.

A spokesperson for the USDA told us "these rumors are not true."

Similar videos also went viral on TikTok from people claiming that the government told them to destroy products for various reasons. One person, for instance, claimed that they were told to destroy oil in order to manipulate gas prices.

This, again, was just a joke.

The oil video was removed from TikTok but this creator, Ryan Peter or @bushelsandbarrels, posted follow-up videos to clarify that his oil dumping video was just a joke.

While the above-displayed videos are obviously jokes, this rumor quickly spread on social media and was picked up by some conspiratorial websites who claimed that the government was intentionally trying to create a food shortage or that these crops were being destroyed in the name of climate change.

The government is not paying farmers to destroy their crops.

Like most conspiracy theories, however, there is a kernel of truth at the center of this rumor. During the COVID-19 pandemic, as the restaurant industry saw a dramatic reduction in business, many farmers found themselves with more supply that they could sell.

In Wisconsin and Ohio, farmers are dumping thousands of gallons of fresh milk into lagoons and manure pits. An Idaho farmer has dug huge ditches to bury 1 million pounds of onions. And in South Florida, a region that supplies much of the Eastern half of the United States with produce, tractors are crisscrossing bean and cabbage fields, plowing perfectly ripe vegetables back into the soil.

After weeks of concern about shortages in grocery stores and mad scrambles to find the last box of pasta or toilet paper roll, many of the nation’s largest farms are struggling with another ghastly effect of the pandemic. They are being forced to destroy tens of millions of pounds of fresh food that they can no longer sell.

The closing of restaurants, hotels and schools has left some farmers with no buyers for more than half their crops. And even as retailers see spikes in food sales to Americans who are now eating nearly every meal at home, the increases are not enough to absorb all of the perishable food that was planted weeks ago and intended for schools and businesses.

U.S. President Joe Biden's administration is also encouraging farmers to leave some of their land fallow as part of the Conservation Reserve Program (CRP). The goal of CRP, which was signed into law by President Ronald Reagan in 1985, is to "re-establish valuable land cover to help improve water quality, prevent soil erosion, and reduce loss of wildlife habitat," according to the USDA.

Paying farmers not to farm on some of their land, however, is not the same as paying them to destroy crops that were already grown. We reached out to the USDA for more information, and will update this article accordingly.