Did Constitution Author Gouverneur Morris Die From a Whalebone Catheter?

Did a remarkable, often-overlooked Founder suffer a bizarre and horrible cause of death? 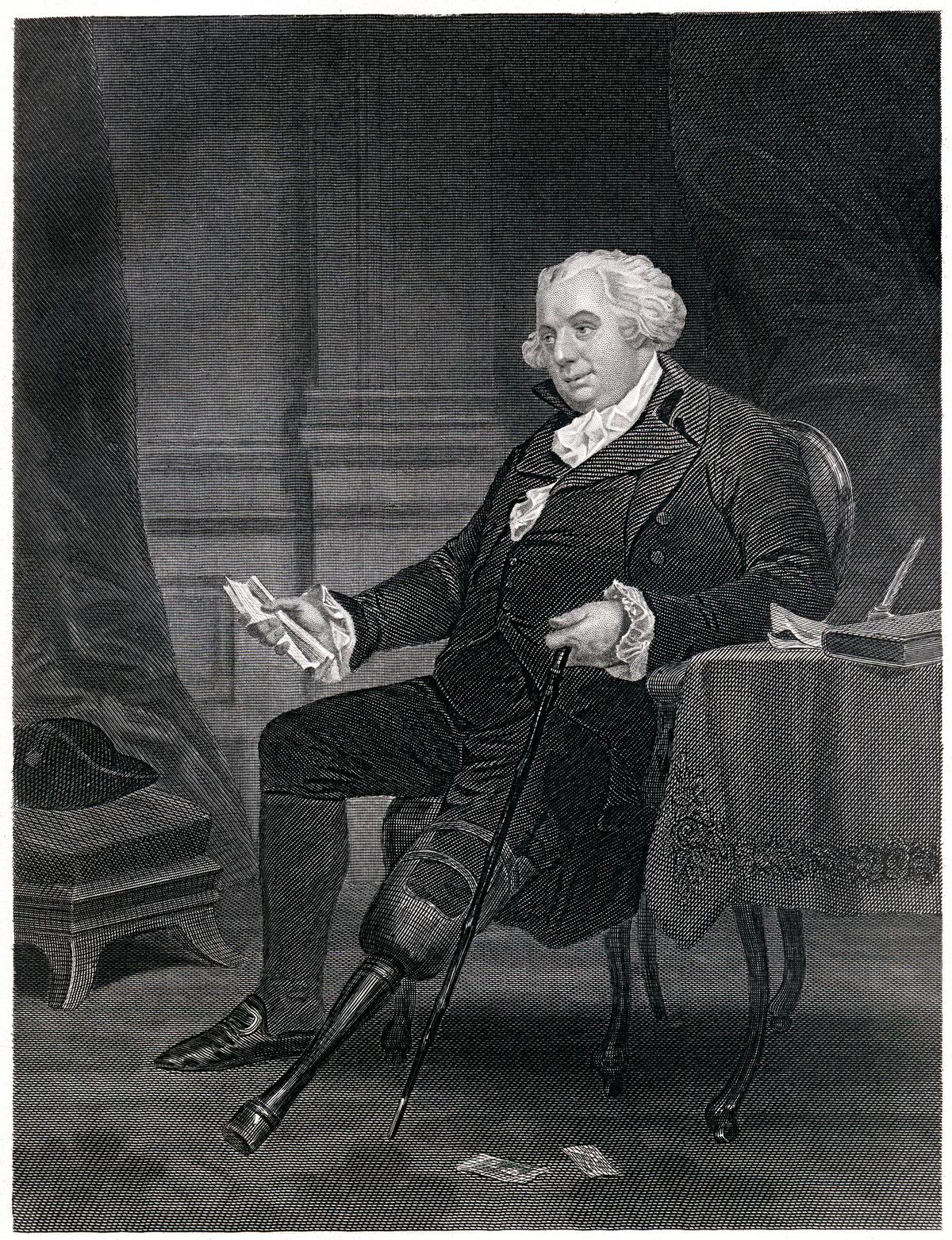 Engraving From 1867 Featuring The American Statesman And Founding Father, Gouverneur Morris. Morris Lived From 1752 Until 1816. (Image Via Getty Images)

Claim:
The 1816 death of Gouverneur Morris, a signer of the Constitution, was caused by an infection after his urinary blockage was treated with a whalebone catheter.
Rating:

In May 2022, the world reacted to a leaked draft opinion showing that the U.S. Supreme Court had provisionally voted to overturn the abortion protections in Roe v, Wade.

As part of that fallout, attention turned to the U.S. Constitution and originalism — the principle that the Constitution should be read and understood with deference to the meanings and contexts that applied at the time the Founders created the text.

An intriguing challenge to that principle emerged in a series of tweets posted on May 4 by @FanSince09 — an anonymous but prominent Philadelphia sports and cultural commentator — about the achievements, and grave errors, of Gouverneur Morris. The tweets, which contain sweary descriptions of an intimate male injury, read:

Gouverneur Morris, who wrote the final draft of the constitution, died because he put a whale bone up his dick. I think it's OK to edit the document.

This is 100% true. He had a urinary blockage and [thought] the best idea would be to shove a whale bone up there to clear it out. The founding fathers were dopes - change that document as much as humanly possible.

Whenever you see the [preamble] of the constitution remember that the man who wrote it then went home and put a whalebone up his dickhole.

Also I need to clarify that Morris was one of the better founding fathers. He was a vocal abolitionist who spoke out against the south's power, wanted to [secede] bc he felt the war of 1812 was an [attempt] by slave states to expand their territory.

The point is that when we [concede] to the "wisdom of the founding fathers" we're [conceding] to the wisdom of guys who gave themselves whalebone catheters. We know more now.

Much of this account was accurate. Morris was indeed an important, though often overlooked, Founder. He spoke prolifically at the Constitutional Convention, and played a key role in finalizing the style and wording of the text, especially the famous opening words of the preamble, "We, the people of the United States ..."

He was also a firm opponent of slavery. And we know for a fact that he suffered for many years from what he described as "suppression of urine" caused by a "stricture" or blockage in his urethra, the tube that carries urine from the bladder to the outside of the body, during urination.

We also know that whalebone was vastly more widely used in the early 19th century than it is now, and was at times used specifically as a urethral catheter — a medical device for widening a blocked passage. So the claim that Morris died as a result of an infection caused by the insertion of a whalebone catheter into his penis was plausible.

However, it was not very well-supported by the available evidence. In fact, the "whalebone catheter" claim stems entirely from one letter written by a friend of Morris, who does not explain the source of the purported knowledge. We could find no firsthand or family corroboration for the claim. In brief, it could well be true, but we can't say for certain. Thus, our rating is "Unproven."

Gouverneur Morris: His Illness, Death and the Whalebone Rumor An 1865 map of Morrisania, in what is now the Bronx, New York. (Library of Congress)

Born at his family's estate, Morrisonia, in what is now the Bronx, New York, in 1752, Morris was a lawyer who took part in the New York provincial congress, the Continental Congress and the Constitutional Convention, contributing heavily to debates over the substance of the Constitution, as well as the wording of its text. Having moved to Philadelphia, he signed the Constitution in 1787, in his capacity as a delegate from Pennsylvania.

Under President George Washington, Morris served as the U.S. ambassador to France during the French Revolution in the 1790s. After returning home, he served one term as a U.S. senator for New York, from 1800 to 1803.

On Nov. 6, 1816, at the age of 64, Morris died at Morrisonia, in the same room in which he was born. A contemporary news report offered no details on the manner of his passing, but described it as having followed a "short but distressing illness."

The day before Morris died, his friend Rufus King, himself a Massachusetts delegate to the Constitutional Convention, wrote to their mutual friend, the former diplomat Christopher Gore, and described Morris' medical woes in (somewhat unpleasant) detail:

We are like to lose, if we have not already lost, one of our distinguished citizens. Mr. Gouverneur Morris was not expected to live thro' yesterday. He has been long subject to a stricture in the urinary Passage; and having unskilfully forced a piece of whale bone thro' the Canal so lacerated the parts, as to create a very high degree of inflammation, which has been followed by a mortification that I am told will prove fatal.

Some years ago, and in the interior of our State [New York], he performed the same operation with a flexible piece of hickory; the success on this occasion probably emboldened him to repeat the experiment, that is now to prove fatal...

King's letter is the sole source of the claim that Morris' death was caused or hastened by an infection from a whalebone catheter. Unfortunately, he did not specify his sources, so we cannot pursue that line of inquiry any further.

Morris himself was an avid diarist, and made several references over the years to his urinary problems. For example, as early as July 1789, he described how his doctor, a Dr. MacDonald, gave him a prescription for a stomach complaint, but was concerned it might have a negative effect on his "stricture." "I am determined, however, to risk the consequences," wrote Morris.

Stay at Home this Afternoon much indisposed. Inflammation in the Urethra and Suppression of Urine which require Rest and Attention.

In January 1809, while travelling from upstate New York to Morrisania, Morris stopped off at Schenectady, where he described being struck by a urinary blockage so severe that he wrote his will:

Prepared to set off after Breakfast I am arrested by Suppression of Urine from Stricture in the Urethra which is more than usually alarming — Send for a Physician and make my Will. Work thro’ the Day with Difficulty.

Melanie Randolph Miller — an author, expert on Morris, and editor of his diaries — has speculated that this 1809 episode may have been the occasion on which Morris treated his urinary blockage with a hickory catheter, as described years later by King. However, the diaries do not make that clear.

His diary made various terse and ambiguous references to illness — "Indisposed," "Fatigued," "health not restored," and so on — and on Sept. 10 he specified that he had suffered a "pain on the right Side of my Head and Face," while on Oct. 2 he wrote, "Indisposed for several days with diarrhea."

Other than those examples, his diary offers no clues as to what caused his death, and he stopped writing in it on Oct. 19, more than two weeks before he died.

King, Rufus. The Life and Correspondence of Rufus King: Comprising His Letters, Private and Official, His Public Documents, and His Speeches. G. P. Putnam’s sons, 1900.