Did Anti-Poaching Ranger Take a Selfie With the Gorillas He Is Protecting?

The picture has been around since 2019 and has gone viral multiple times since its original publication. 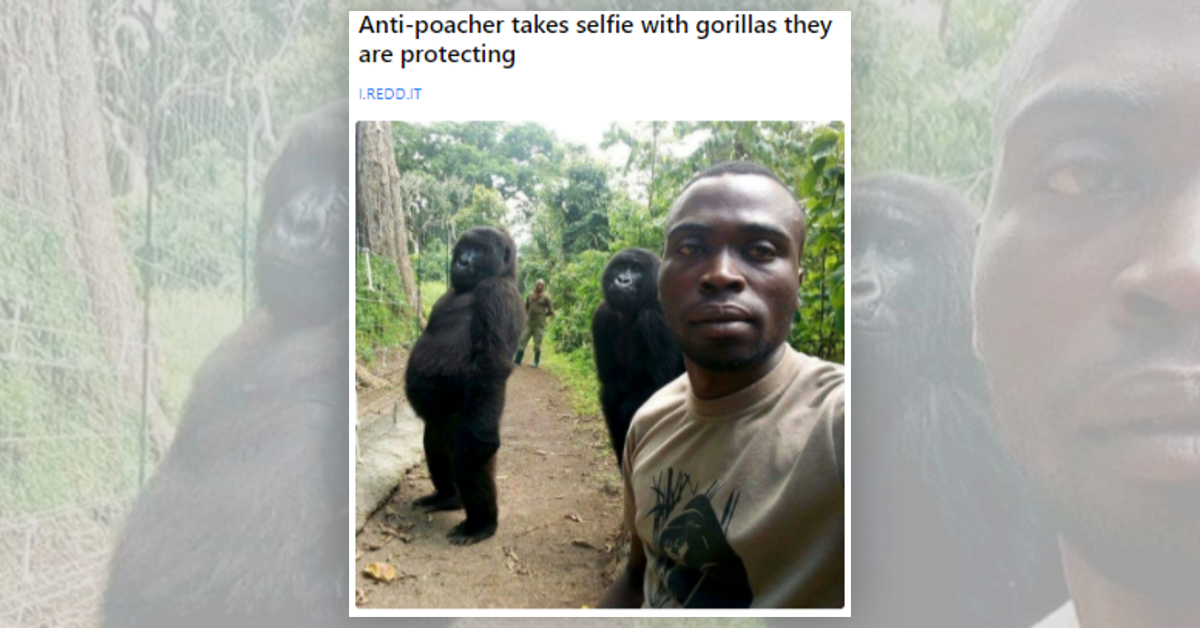 Claim:
A picture shows a park ranger taking a selfie with two gorillas he is protecting.
Rating:

In April 2019, Mathieu Shamavu, a ranger at Virunga National Park in eastern Congo, took a photo of himself with two orphaned gorillas under his care: The picture was wildly popular and went viral shortly after it was posted to social media. It has periodically gone viral several times since then, most recently in an April 6, 2021, reddit thread titled "Anti-poacher takes selfie with gorillas they are protecting."

This is an accurate description of the photo. As reported by The Associated Press in 2019, Shamavu "said he was checking his phone when he noticed two female orphaned gorillas, Ndakazi and Ndeze, mimicking his movements, so he took a picture with them." According to Virunga National Park, these "gorilla gals are always acting cheeky so this was the perfect shot of their true personalities!"

The two gorillas were orphaned by the actions of poachers, Shamavu explained, which is a persistent threat in the Virunga region. In May 2020, rumors circulated that Shamavu and the two gorillas pictured were killed by poachers. While an attack in April 2020 did take the lives of several rangers, the park confirmed to Reuters that neither Shamavu nor the two gorillas he was pictured with were victims of this attack.

Because the photo is real and accurately described, the claim is "True."