Did Sarah Palin Say, 'Thanksgiving Is for Real Americans, Not Indians'?

Sarah Palin has been a lightning rod for controversy ... and fake quotes. 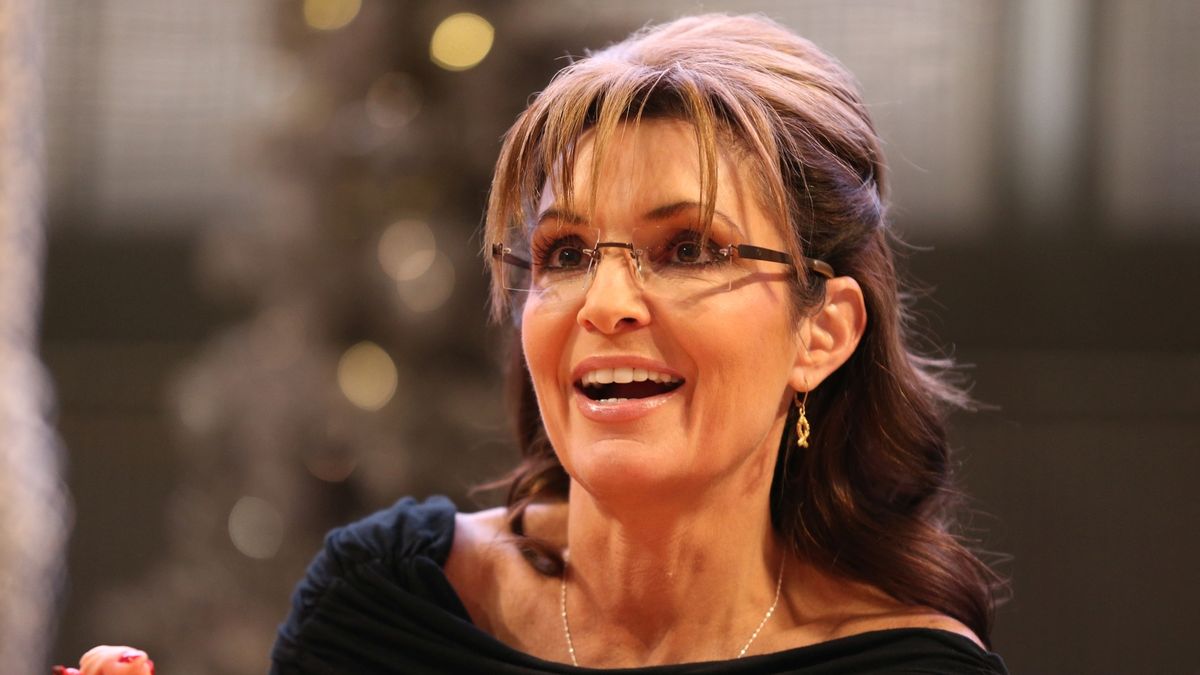 Claim:
Sarah Palin once said, "Thanksgiving is for real Americans, not Indians."
Rating:

There is a picture of Sarah Palin going around on the internet with a caption and dialogue of her saying that "Thanksgiving is for real Americans and not Indians and that if it weren't for the pilgrims, the Indians would still be running around in loincloths and feathers etc."

I find it hard to believe she would say something like this as she is married to an Indian, an Alaskan Native to be exact.

Origins: On Nov. 21, 2013, the website Free Wood Post published an article positing that former Alaska governor and 2008 Republican vice-presidential candidate Sarah Palin had declared during a talk radio appearance that "Thanksgiving is for real Americans and not Indians":

Appearing on a local morning talk show in Washington, Palin put her sparkling intellect on display once again.

The segment started off well enough. It was really just a puff piece about the meaning of Thanksgiving in people's lives. Things derailed quickly however, when the interviewer asked Palin about the controversy surrounding the holiday.

Palin sat dumbfounded unaware of any controversy. The host went on to fill her in on the fact that many Native American tribes do not celebrate the holiday. In fact, it is a day of mourning for them. And those that do celebrate the day do so because it is a reminder that they survived mass murder, forced relocation, the theft of their land and many other injustices.

Palin's response was astounding, "Thanksgiving is for real Americans not Indians. We founded this Christian nation. Why if it wasn't for the God-fearing pilgrims, the natives would still be running around in loin cloths shooting at things with their arrows."

Shortly afterward links and excerpts referencing that article were being circulated via social media, with many of those who encountered the item mistaking it for a genuine news item. However, the article was just a political spoof of Palin from the Free Wood Post, whose disclaimer notes that: