Do 25% of Americans Believe God Decides the Super Bowl Winner?

An intriguing claim was shared widely online during the build-up to the 2022 Super Bowl. 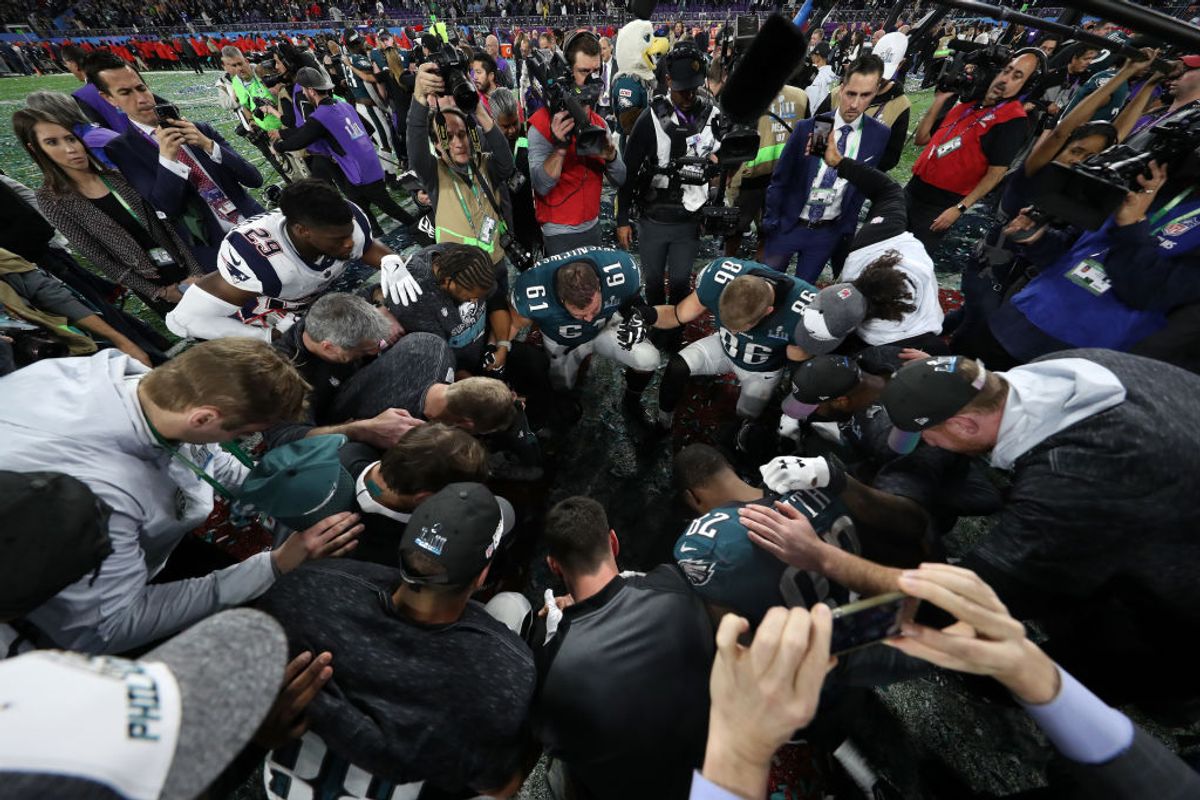 In a series of surveys between 2013 and 2017, between 22 and 27 percent of U.S. respondents said they agreed with the proposition that "God plays a role in determining which team wins a sporting event," which would, presumably, include events such as the Super Bowl. However...

The survey question was not specific to the Super Bowl, but rather involved all sporting events. Furthermore, the survey question stipulated that God "plays a role" in determining the outcome of events, rather than single-handedly "deciding" the winner. Finally, the most recent survey was conducted in 2017, five years before widely shared social media content containing the 25 percent claim.

In January 2022, as excitement built for that year's Super Bowl, social media users shared what appeared to be a fascinating insight into the intersection of religious faith and sports fandom in the United States.

On Jan. 20, the popular Twitter account @UberFacts wrote: "25% of Americans believe God decides the winner of the Super Bowl." That's an intriguing claim and, as it turns, one with a significant basis in fact. A series of surveys conducted in recent years have shown that around one quarter of U.S. respondents believe God has a role in determining the winner of sporting contests — though not, specifically, the Super Bowl. We are issuing a rating of "Mostly True."

The 25% figure appears to stem from surveys taken by the Public Religion Research Institute (PRRI) — a nonpartisan think tank that focuses on the role of religion in American public life and politics.

In 2017, for example, PRRI published a survey that found "One-quarter (25%) of Americans believe God plays a role in determining the outcome of sporting events." So that supernatural view of competitive sports wasn't actually specific to the Super Bowl, though the annual football showcase provided a useful hook for the institute's news release, and subsequent news reports.

Drilling deeper into the figures from the 2017 survey, we find that while one quarter of respondents felt God played a part in deciding the numbers in the sports section, 73 percent did not, including 53 percent — a majority — who strongly disagreed with that proposition:

The survey contained some other intriguing questions (and answers), including:

A spokesperson for PRRI confirmed for Snopes that the "God decides results" proposal hadn't been included in surveys since 2017. This means the figure of 25 percent had the disadvantage of now being five years old, and perhaps not fully reflective of the current state of beliefs, in early 2022.