Did Rudy Giuliani Call for 'Trial by Combat' Before Trump Mob Broke Into Capitol?

After a violent mob descended on the U.S. Capitol, the rhetoric of Trump's surrogates came under scrutiny. 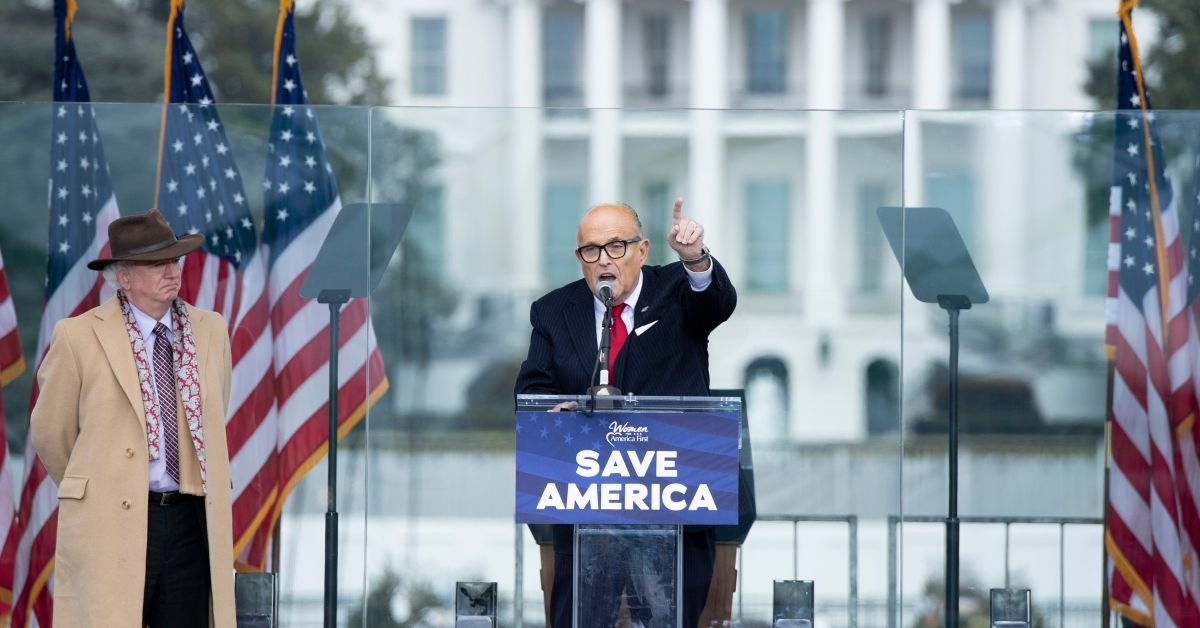 On Jan. 6, 2021, a violent mob of Trump supporters gathered at the U.S. Capitol to support outgoing U.S. President Donald Trump's false claims that the November 2020 presidential election was fraudulent. They fought with police and broke into the Capitol building. One person was killed.

But before that transpired, the rhetoric of speakers at the so-called "Save America" rally held earlier in the day came under scrutiny. For example, during a speech, Trump's personal attorney, Rudy Giuliani, made a reference to the HBO drama "Game of Thrones" when he called for a "trial by combat" while talking about conspiracy theories alleging massive scale voter fraud.

Giuliani did make this comment, as captured on video by Vox journalist Aaron Rupar:

"Over the next 10 days, we get to see the machines that are crooked, the ballots that are fraudulent. And if we're wrong, we will be made fools of. But if we're right, and lot of them will go to jail. So, let's have trial by combat."

Trump also spoke at the rally and urged his supporters to march to the Capitol. They did so, and then breached barriers and broke inside.