The Ghost Under the Bed

A spooky photograph purportedly captures a dead woman who collects the souls of people who don't share her image. 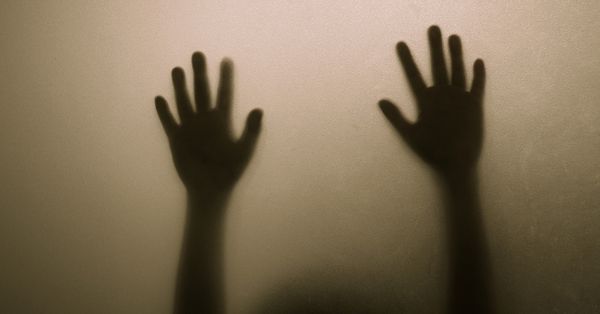 Claim:
A photograph shows a dead woman who collects the souls of people who don't share her image.
Rating:

Responding to readers who forward us photos purportedly showing ghosts is always who don't believe in ghosts need no assurance that such pictures are phony, while believers demand proof that ghosts don't exist, a standard impossible to meet:

This photo was taken in a hospital after the patient was in an accident where he was responsible for a young woman's death.

It is said that when you receive this image and do not send it to at least five people, the woman will look for you during the night to collect your soul.

People in Laredo, Texas, received this image and did not send it and were killed outside a bar; it looked as if this woman killed them. Send it to five people or the woman will look for you. This photo was taken in a hospital after the patient in the bed was in an accident where he was responsible for a young woman's death.

It is said that when you see this image and do not share it, the woman will look for you during the night to collect your soul.

A couple in a western suburb area of Sydney saw the message and ignored the picture without sharing it. This couple was murdered by their old neighbor who claims to have been possessed by the woman.

A 28 year old woman in Whittlesay Road, Cambridgeshire, England, was run down by a car driven by another female that fit the description of the woman in the photograph, the police investigation revealed that the murdered lady had ignored this picture only before her untimely death and did not pass it on.

Suffice it to say that the item reproduced above is nothing more than a common type of chain letter (the "luck" or "prayer" letter), a form that has been around since at least the and promises dire consequences (or at least bad luck) to recipients who fail to forward a message to the requisite number of people. (Such letters often include anecdotes explaining the disastrous fates that supposedly befell some recipients who didn't heed the enclosed warning and unwisely broke the chain.) That such a letter may now be disseminated via and social networking rather than through the postal service and includes a fabricated photograph of an "avenging spirit" doesn't make it any different than century-old versions — only the style has changed, not the substance.

The various backstories accompanying the image of the woman included with this item claim that a number of people in different locales have died via accidents or homicides for failing to pass the haunting picture along. The truth has far less to do with murdering ghosts than it does with movies: the picture came from a 2003 Thai horror film variously titled The Mother or The Unborn or Bangkok The Unborn. The spooky image was used as the DVD artwork for the film. The sleeping person in the photograph is not (as the would have it) a man, but rather Thai actress Aranya Namwong.