Did an Irish Woman Legally Marry the Ghost of a Pirate From the 1700s?

Despite the claims of tabloid newspapers, Amanda Teague's marriage to her "spiritual husband" does not have any legal status. 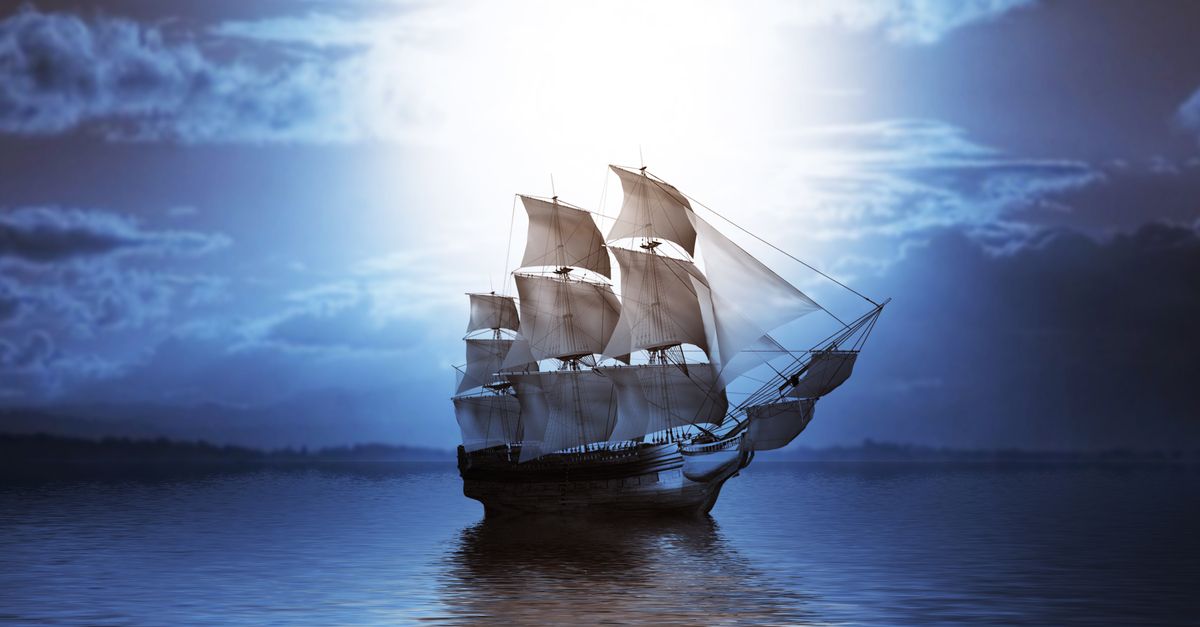 Claim:
In July 2016, Amanda Teague legally married the spirit of a Haitian pirate who died in the 1700s.
Rating:

Irish woman and former Jack Sparrow impersonator Amanda Sparrow Large Teague garnered international media attention in January 2018 by claiming to have married the ghost of a Haitian pirate named Jack Teague, who she says died 300 years ago. We interviewed her for the latest, but early word of her came from Ireland and the U.K.

"An Irish woman has ­legally married the ghost of a 300-year-old pirate," the Irish Sun reported, "and says the sex is the best she’s ever had."

Former Captain Jack Sparrow impersonator Amanda Teague says her “soulmate” was a Haitian pirate from the 1700s who was executed for being a thief on the high seas.

The Daily Star reported that Teague "hired a registrar and sailed into international waters so she could legally marry him - using a spiritual medium to allow him to say 'I do' during the ceremony."

There are two things to consider in evaluating whether Teague's marriage to Jack has any legal standing at all: firstly, the circumstances of the wedding (where exactly it took place, who officiated at it, and so on); and secondly, whether a wedding with only one living participant can be legally recognized.

Speaking to us by phone from Northern Ireland, where she lives, Teague said the wedding took place on 23 July 2016 on a chartered boat located outside both Irish and U.K. territorial waters. She did not know the exact coordinates.

Teague told us the boat set out from Ballycastle, a town in County Antrim on the north-east tip of Ireland, and reached a point 24 miles outside U.K. territorial waters.

She said a man who is a licensed wedding Officiant in Northern Ireland and—like Teague herself—identifies as a pagan, officiated at the wedding on the boat in July 2016. We asked Teague to put us in contact with him, but we did not hear back from him in time for publication.

Teague accepted that her marriage existed in a legal "grey area." She did not give a clear answer when asked whether she had formally registered the marriage, and in what jurisdiction, if any.

Teague told us she also had an affidavit signed by the operator of the chartered boat, which affirmed "that we were at the proper coordinates that we needed to be at." As part of our research for this article, we asked Teague to allow us to see those documents, or to send us the coordinates noted in the boat operator's affidavit. She declined to do so.

Without evidence of the exact location of the boat at the time of the ceremony, we can't be certain whether it took place in Irish or U.K. territorial waters, or in international waters.

In Northern Ireland (which is part of the U.K.), marriage ceremonies cannot legally proceed unless both would-be spouses submit documentation called a "marriage notice" to the Registrar of Marriages, at least 28 days before the scheduled date of their ceremony.

As part of that submission, both parties to the wedding must include original copies of both their birth certificates and passports. Since it was not possible for the "groom" to do that in this case, Teague's marriage would have no legal standing in Northern Ireland, if the ceremony took place in U.K. territorial waters.

In the Republic of Ireland (of which Teague is a citizen), there are similar requirements. There, a couple must give the authorities three months' notice before the scheduled date of their ceremony, and both parties must provide passports and birth certificates. So the marriage would have no legal standing in the Republic of Ireland, either, if the ceremony took place in Irish territorial waters.

But what about marriage ceremonies that take place on international waters? Since they don't happen on territory governed by any individual state, clearly they can't be sanctioned in advance by any state, but are they recognized as legitimate, after the fact?

We were unable to find anything in U.K. or Irish law which either allows or prohibits the recognition of marriage ceremonies conducted in international waters.

Both jurisdictions recognize the legitimacy of marriages formed abroad, but require some sort of certification of the marriage from the specific foreign country where the wedding took place, so it's difficult to see how a wedding not sanctioned by any foreign country (that is, on international waters or in international airspace) could have legal status in Ireland or the U.K.

We asked for clarification from Ireland's Health Services Executive (which oversees the registration of marriages) and the U.K. Home Office, but we did not receive a response in time for publication.

Similarly, we found no evidence of any other country or jurisdiction where marriage ceremonies conducted on international waters are given legal status, but it's possible such marriages are recognized in some places.

The second major obstacle to legal recognition of Teague's marriage is that her "spiritual husband" is not living.

There are customs in various parts of the world whereby a living person marries a dead one. Such marriages exist in Japan, Sudan and China, as documented by Atlas Obscura.

Notably, Jack Teague was a Haitian, according to Amanda, and Haitian voodoo culture allows for marriages between a living human and a spirit ("Iwa.")

In an interview with TV3's Ireland AM on 18 January, Teague said:

...Spiritual marriage is absolutely huge in Haiti, and it is legal in Haiti. To this day, there's [sic] as many people in Haiti that marry spirits as marry physical people, and with [Jack] having Haitian roots, that was very interesting, that was more verification for me.

According to Karen Richman, a cultural anthropologist and expert in Haitian culture from the Institute for Latino Studies at the University of Notre Dame, voodoo spiritual marriages have "no legal standing" and "operate at the level of symbolism."

They are not recognized by the [Haitian] constitution...It is a special rite of passage that very few people might go through as part of their spiritual commitment, but it's limited to the ritual domain and is not legal at all.

"Posthumous marriages" (where one of the participants is dead before getting married) are not afforded legal status, with one extraordinary exception - France. Article 171 of the French Civil Code states:

The President of France can, on serious grounds, authorize the celebration of a marriage in the event of the death of one of the future spouses, provided that there is sufficient evidence of their consent. In such a case, the effects of marriage [rights and obligations relating to marriage] go back to the day before the date of the spouse's death...

As remarkable as this law is, it would not give Teague's marriage any legal status even it took place in France. In her case, there is no way to provide concrete evidence of a partner consenting, while still alive, to posthumous marriage.

Under the laws of most developed nations (including the U.K. and Ireland), one of the prerequisites to a marriage is that both parties are capable of consenting to the marriage. For example, an individual must not currently be married to someone else, must be above a certain age, must have the mental capacity to understand and freely enter into the marriage, and must not already be closely related to their would-be spouse.

On this basis, Teague's marriage does not have any legal status in the jurisdiction where she lives (the U.K.), or the jurisdiction of which she is a citizen (the Republic of Ireland.) We were unable to find any country or jurisdiction anywhere else in the world where a marriage between a living and non-living person is given any legal recognition, where only the living person has given consent to be married.

Amanda Teague (like others in "spiritual relationships") is fully entitled to consider herself to be married, and to derive great happiness from that. However, the claim that she is legally married—as was reported in the news in January 2018—is false.