Did Ecuador Give the U.S. Military Permission to Use Galápagos Island Airfield?

Remarks made by Ecuador's defense minister prompted concern about the UNESCO World Heritage Site in June 2019. 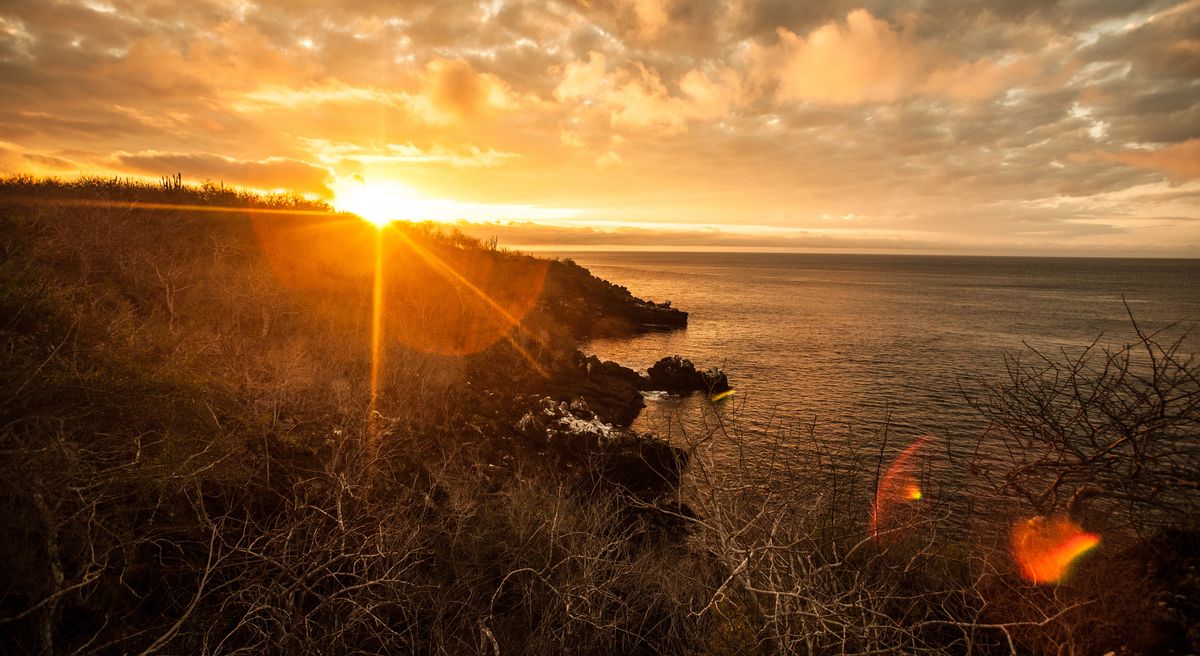 Claim:
In June 2019, Ecuador's government announced a plan for U.S. military aircraft to use the Galápagos Island of San Cristóbal for refueling.
Rating:

A spokesperson for the U.S. Department of Defense said that as of June 2019, no agreement was in place between the U.S. and Ecuador over the use of San Cristóbal airport, and formal negotiations had not even taken place.

In June 2019, reports emerged that the government of Ecuador had given permission for U.S. military aircraft to use one of the famed Galápagos Islands for refueling purposes. The Guardian, for example, reported that:

The Galápagos Islands are at the center of a political row in Ecuador after the government agreed to allow US anti-narcotics planes to use an airstrip on the archipelago which inspired Charles Darwin’s theory of evolution. Dozens of people demonstrated outside the main government office in Quito on Monday to protest against a plan they described as a threat to the world heritage site’s unique environment – and an attack on Ecuador’s sovereignty ...

Ecuador’s defense minister, Oswaldo Jarrín, provoked patriotic and environmental outrage when he said that US aircraft would be able to use the airbase on San Cristóbal Island, and described the islands as a 'natural aircraft carrier.' The former Ecuadorian president Rafael Correa tweeted: 'Galápagos is NOT an "aircraft carrier" for gringo use. It is an Ecuadorian province, world heritage site, homeland.'

In their headline, the London Independent said Ecuador's government had granted the U.S. permission to use San Cristóbal "as an airfield." These and other similar reports prompted several inquiries from Snopes readers about the facts surrounding the controversy.

Ecuador's Defense Minister Oswaldo Jarrín and the country's Foreign Minister José Valencia both publicly stated that the U.S. would be permitted to use San Cristóbal for military aircraft refueling. However, a spokesperson for the U.S. Department of Defense has said the two countries were not even in negotiations over such an agreement.

Furthermore, certain remarks made by Jarrín gave rise to the impression that the entire Island of San Cristóbal would be converted into or treated as a U.S. military "air base" or "air field." In fact, Ecuador's government said it would allow the U.S. military the occasional use of an already-existing airport on San Cristóbal.

In a press conference on 10 June, Jarrín said the Galápagos Islands were "like our aircraft carrier" and "a natural aircraft carrier," adding that the archipelago "ensures for us permanence, refueling, interception facilities and is one thousand kilometers off our coast."

Later, he added that the United States would bear the cost of any improvements that would need to be made to the existing airport on San Cristóbal.

Those remarks have prompted concern among observers in Ecuador, some of whom argued that the use of the country's territory by U.S. military aircraft might constitute a violation of Article 5 of Ecuador's Constitution, which states: "Ecuador is a territory of peace. The establishment of foreign military bases or foreign facilities for military purposes shall not be allowed. It is forbidden to transfer national military bases to foreign armed or security forces."

Perhaps pre-empting such criticisms, Jarrín emphasized in his 10 June press conference that: "Nobody is going to break the Constitution, we don't need to talk about that ...":

Foreign Minister Valencia confirmed the plan in an interview with the Guardian, further clarifying that the intention was for U.S. military aircraft engaged in anti-drug trafficking activities to refuel on San Cristóbal once or twice a month, and said it was part of a "completely legitimate international cooperation against drug trafficking."

We asked the U.S. Department of Defense a series of questions, including confirmation of the statements made by Jarrín and Valencia, but we received no response in time for publication. However, speaking to the Independent, a Department of Defense spokesperson said no agreement existed between the U.S. and Ecuador over the use of the San Cristóbal airport, and that formal negotiations to that end were not even under way:

"While the US-Ecuador defense relationship continues to move in a positive direction, DOD has not signed an agreement with the Government of Ecuador to use the Galápagos airfield and is not in formal negotiations to do so."