This isn't the only tragic connection between the two civil rights figures. 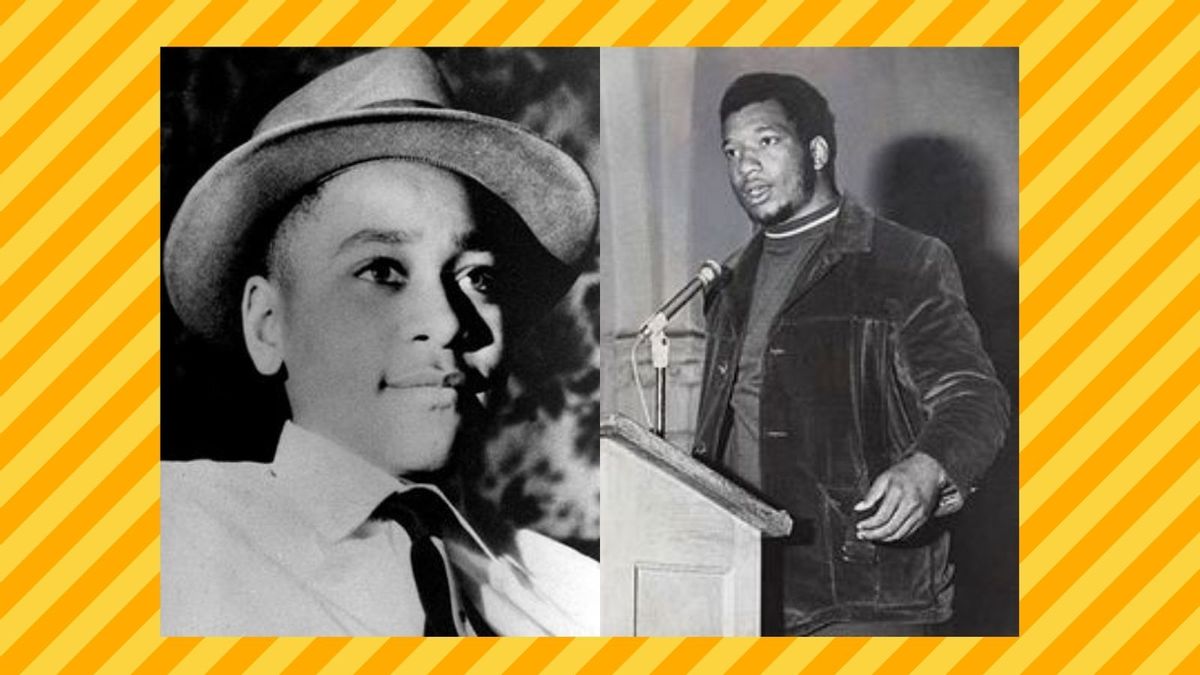 Claim:
The mother of Fred Hampton, a civil rights activist killed by the FBI in 1969, used to babysit Emmett Till, a Black boy who was lynched in Mississippi in 1955.
Rating:

In "Judas and the Black Messiah," a biographical film about the life and death of Fred Hampton, the chairman of the Black Panther Party's Illinois chapter, there's a scene in which Hampton (played by Daniel Kaluuya) explains that his activism was sparked by the death of Emmett Till: Till, a 14-year-old Black boy, was brutally beaten and lynched in Mississippi in 1955; Hampton's mother used to babysit the boy while the Till family was living in Chicago.

CNN writes: "The film shines brightest in these most intimate moments, such as a heartbreaking scene where Hampton and his girlfriend, Deborah Johnson (now Akua Njeri), who was almost nine months pregnant, discuss the joy and trauma of bringing a Black baby into a world scarred by racial violence. Hampton recalls his mother occasionally babysitting Emmett Till, the Black 14-year-old from Chicago whose 1955 lynching, made him the civil rights era's most well-known teen-age martyr."

This salient connection between Till and Hampton resurfaced in April 2021 after it was reported that the girlfriend of George Floyd, a Black man who died after an officer knelt on his neck for more than 9 minutes, was once a teacher for Daunte Wright, a Black man who was shot and killed by a police officer in Minnesota. Around this time, The Washington Post reported on another calamitous connection, noting that Caron Nazario, a Black U.S. Army 2nd Lieutenant who was pepper-sprayed by police, viewed Eric Garner, who died in 2014 after repeatedly telling a New York police officer that he couldn't breathe due to the officer's use of a prohibited chokehold, as an uncle.

While it may seem at first glance to some that the filmmakers of "Judas and the Black Messiah" used some poetic license to draw a connection between Till and Hampton, the two families were neighbors in Chicago, and Hampton's mother truly looked after Till.

Fred Hampton was the chairman of the Black Panther Party’s Illinois chapter.

A young, gifted leader with a talent for organizing, Hampton was born in Argo, Illinois, a southwest suburb of Chicago, on Aug. 30, 1948. His neighbor in Argo was Mamie Till, the mother of Emmett Till, the 14-year-old Black boy murdered in Mississippi for allegedly whistling at a white woman.

According to William Pretzer, a supervisory curator at the Smithsonian’s National Museum of African American History and Culture (NMAAHC), the young Hampton was keenly aware of racial injustice in his community. His mother babysat for Emmett Till prior to the 14-year-old’s murder in Mississippi in 1955; ten years after Till’s death, he witnessed white mobs attacking Martin Luther King Jr.’s Chicago crusade firsthand.

“Hampton is really influenced by the desire of the NAACP and King to make change, and the kind of resistance that they encounter,” says Pretzer. “So it’s as early as 1966 that Hampton starts to gravitate toward Malcolm X … [and his] philosophy of self-defense rather than nonviolent direct action.”

Till was murdered in the summer of 1955 during a family vacation to Mississippi to visit relatives. During a stop at a small grocery store, Till, spoke to a white woman. While the details of this interaction are unclear (Till either talked, whistled, or flirted with this woman), what is clear is that several nights after this encounter, Till was abducted by the woman's husband and half-brother, beaten, mutilated, shot in the head, then dumped in a river.

After Till's body was discovered, his mother brought him back home and held an open-casket funeral at the A. A. Rayner Funeral Home in Chicago. Mamie Till told the funeral director: "Let the people see what I’ve seen." You can see photos of what she wanted the world to see here.

An all-white jury acquitted both men of Till's murder.

Fourteen years after Till was buried, thousands of people came to A. A. Rayner Funeral Home to mourn the death of Hampton. On Dec. 4, 1969, Hampton was shot and killed during a raid by a tactical unit working with the Chicago Police Department and the FBI.

It was the same city. It was the same funeral home. Some were family members, some were media representatives, and others were members of the community. People had pains of sadness, disappointment, and even anger in their hearts, along with questions about how could this have happened. As mourners moved through side by side with curiosity seekers, A.A. Rayner’s funeral home overflowed throughout the weekend, not just because of who lay dead in front of them, but how he got there.

Despite the police version, which claimed self-defense on the part of the police, most people knew there was more to the story. For anyone that made a mental list of the reasons why this young man lay in front of them, most would include the color of his skin. He was black, and he was dead. Murdered, with attempts to cover the real story of just how brutal his death really was.

While police initially claimed that Hampton was killed during a "shootout," it is largely believed today that Hampton was assassinated. An article published by the Chicago History Museum's "Digital Chicago" project reads:

As summarized by lawyer Jeffrey Haas, “[Hampton's pregnant fianceé Deborah Johnson] heard one officer ask, ‘Is he [Fred Hampton] still alive?’ After two gunshots were fired inside the room, the other officer said, ‘He’s good and dead now.’” It was later confirmed that Hampton had never been fully conscious, had never left his bed, and “had been shot at close range, with two bullets to the head.”

This premeditated plot was concealed for many years until, after a great deal of struggle, it was brought out into open court. It would later come to light that the FBI and Chicago police colluded to execute Hampton and exchanged memos containing information, instructions, and directions, all for the purpose of destroying the Black Panther Party and other such movements. Crucially, these memos also included vital information about O’Neal’s role in the conspiracy. One of the main reasons for this assassination was that the government feared that Hampton’s effectiveness toward the success of the Black Panthers’ political aims. Hampton had a magnetic personality and the unique ability to unite people from many different walks of life. There was fear that he would be an “African-American messiah who they [the government] believed would lead an African-American revolt.” This assassination was part of a wider movement across the country among local police and the FBI to quell the Black Panther Party through the systematic elimination of prominent leaders within the party. Fred Hampton’s assassination was one of the most prominent examples of this targeting.